It’s been another eventful year in the world of football. As we look forward to 2021, we have compiled a list of the best football books of 2020. The list includes books on football history, tactics, politics, and much much more.

Wenger: My Life and Lessons in Red and White

Arsene Wenger opens up about his life, sharing principles for success on and off the field with lessons on leadership, personal development, and management.

This book charts his extraordinary career, including his rise from obscurity in France and Japan to his 22 years at the helm of Arsenal Football Club

• Covers the years of controversy that led up to his resignation in 2018 and his current seat as chief of global football development for FIFA
• Wenger offers studious reflections on the game and his groundbreaking approach to motivation, mindset, fitness, and the winning edge.
• He popularized the attacking approach and belief that the game should be entertaining.

This is a must-read for Arsenal fans, soccer fans, athletes, trainers, business leaders, and anyone seeking the tools for success in work and life.

Champagne Football: John Delaney and the Betrayal of Irish Football: The Inside Story 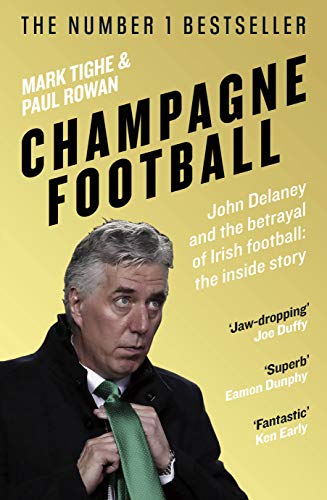 Over the course of fifteen years, John Delaney ran the Football Association of Ireland as his own personal fiefdom. He had his critics, but his power was never seriously challenged until last year, when Mark Tighe and Paul Rowan published a sequence of stories in the Sunday Times containing damaging revelations about his personal compensation and the parlous financial situation of the FAI. Delaney’s reputation as a great financial manager was left in tatters. He resigned under pressure, and the FAI was left hoping for a massive bail-out from the Irish taxpayer.

In Champagne Football, Tighe and Rowan dig deep into the story of Delaney’s career and of the FAI’s slide into ruin. They show how he surrounded himself with people whose personal loyalty he could count on, and a board that failed to notice that the association’s finances were shot. They detail Delaney’s skilful cultivation of opinion-formers outside the FAI. And they document the culture of excess that Delaney presided over and benefited from, to the detriment of the organization he led.

Champagne Football is a gripping, sometimes darkly hilarious and often enraging piece of reporting by the award-winning journalists who finally pulled back the curtain on the FAI’s mismanagement.

Have you ever wanted to visit the most scenic, historic or important football grounds in Britain, but weren’t sure where to start or what to include? In British Football’s Greatest Grounds, Mike Bayly offers a bucket list of places to watch football in England, Wales and Scotland as chosen by fans across the world. This first-of-its-kind book introduces the reader to a diverse and often breathtaking range of Britain’s football venues. In addition to the oldest, biggest and highest our nation has to offer, it covers lesser-known grounds nestling next to castles, beaches, churches and mountain ranges, as well as modern Premier League stadiums in major cities. Featuring beautiful images taken by acclaimed sports photographers, along with written contributions from respected industry figures, British Football’s Greatest Grounds is part guide, part love letter to the history, people and places that showcase the best of our unique football landscape. It’s sure to leave you planning a future football trip.

The definitive history of the iconic football club: the glory, the scandal, the stars and its enduring influence on Italian life.

Juventus utterly dominates the Italian game. Home to some of the biggest names in sport, it has won title after title, trophy after trophy. However, parallel to the success and myth, there’s a murkier reality. For one hundred years the club and its billionaire owners, the Agnelli family, have been synonymous with match-fixing, doping, political chicanery and more. While La Vecchia Signora remains Italy’s best-supported team, it’s also its most despised.

Juve! charts the story of Italy’s great sporting dynasty, chronicling the triumphs and tragedies of the Agnellis, and of the icons – Boniperti, Del Piero, Ronaldo – who have been their sporting emissaries for almost a century. The pride of Italy or its dark heart? Footballing colossus or vanity project? With this unique institution, as with so much about life in Italy, things are seldom black and white…

Robbo: Now You’re Gonna Believe Us. Our Year, My Story. 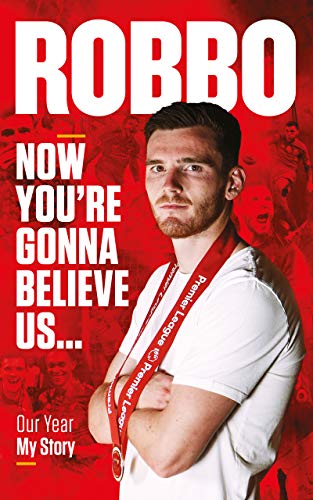 Robbo: Now You’re Gonna Believe Us is the inside story of an unrivalled period in the illustrious history of Liverpool Football Club – as seen through my eyes.

Taking you behind the scenes at Anfield and Melwood, I’ll reveal how it all happened – how doubters turned to believers and brought the league title home after a thirty-year wait.

From the dressing room to the pitch, this is my story of our year to remember.

More Than a Game: Living with the Old Firm 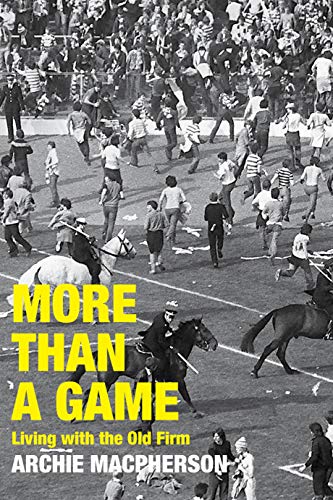 In this book he centres on the infamous riot at the Old Firm Scottish Cup Final at Hampden on 10 May 1980, at which he was the match commentator, and which resulted in the banning of alcohol in football grounds.

He explores his memories of the many clashes between the two clubs over his half-century broadcasting career.

This leads him inevitably to the sources of the sectarianism which has characterised this fixture and the West of Scotland.

He weaves his experiences, and those of others, into the complex tapestry of social issues and club loyalties and takes us through the wider political context: World War II, the invisible hand of Margaret Thatcher and Scotland’s independence referendum.

This vitriolic conflict is more than a game. It is a kaleidoscope of bitter dispute, and occasional violence, and Archie Macpherson provides a colourful insight into how it was to live with the Old Firm for over five decades.

The Farther Corner: A Sentimental Return to North-East Football 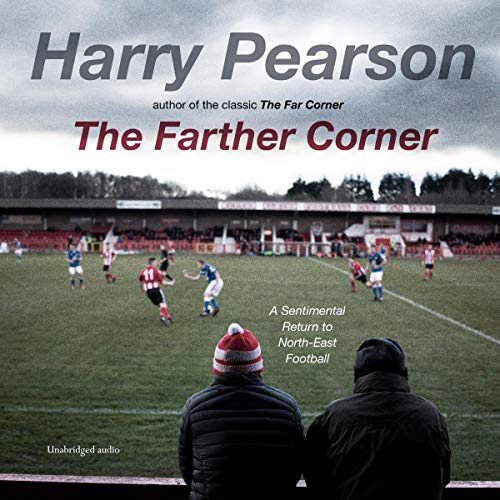 Widely regarded as one of the best football books ever written, The Far Corner was a vivid portrait of the sport in the North-East and of the people who bring such passion to it. Now, a generation later, Harry Pearson returns to the region to discover how much things have changed – and how much they have remained the same.

In the mid-1990s, Kevin Keegan brought sporting romance and expectation of trophies to Newcastle, Sunderland moved the the Stadium of Light backed by a wealthy consortium, Middlesbrough signed one of the best Brazilians of the era and won their first major trophy – even little Darlington had a former safe-cracker turned kitchen magnate in charge, promising the world. The region even provided England’s two key players in Euro 96 in Alan Shearer and Paul Gascoigne – the far corner seemed destined to become the centre of England’s footballing world. But it never happened.

Using travels to and from matches in the 2018-19 season, The Farther Corner will explore the changes in North-East football and society over the past 25 years. Visiting new places and some familiar ones, catching the stories, the sentiment and the sound of the supporters, locating where football now sits in the life of a region that was once proud to be what John Arlott suggested was ‘The Hotbed of Soccer’, it will be about love and loss and the happiness to be found eating KitKats and joking about Bobby Mimms on cold February days in coal-scented northern air. The region may have been left behind in the Champions League stakes, but few would doubt the power of its beating heart.