In recent times the traditional No 10 position has been losing its importance with managers opting for either multi-functional players playing in that role or defensive players being used to mark the opposition’s deep lying playmaker. One recent example is Van Gaal’s use of Marouane Fellaini as the number 10(Read Forward destroyer) rather than a player with more technical prowess.

Theoretically there is not much difference between a false 10 and the inverted winger. In the case of an inverted winger, the primary gameplan for the player is to cut inside onto their stronger foot to shoot or play a through ball, while also creates a channel for the fullback to overlap. Quite often, they are part of a 4-2-3-1 formation and so zone 14(Explained later) is usually occupied as opposed to being vacant for them to run into. In addition, they are generally required to vary their play by playing on the shoulder of the opposition’s full back. High profile examples include Arjen Robben, Alexis Sanchez and Frank Ribery, all of whom started their careers as out and out wingers on their stronger sides. The role of the false no.10 is specifically set up to exploit zone 14. 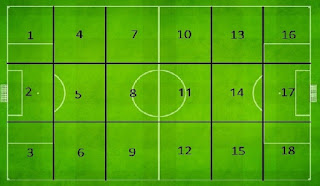 Whom to watch out for?

Since the false 10 is yet to gain more attraction unlike the false 9, the inverted wingers or the deep lying playmaker, it is difficult to ascertain the perfect example for this position. There are a number of players who have made the false 9 a household name in football such as Totti and Messi. Many players such as Eden Hazard, James Rodriguez, Kevin de Bruyne, Philippe Coutinho, Mario Goetze, Mesut Ozil and so on have shown glimpses of the false 10.
James Rodriguez :  After impressing for Colombia at the 2014 World Cup in a typical no.10 position, Real Madrid splashed out €80 million on James. Last season saw him play the same role in a 4231 with Bale to his right, Ronaldo to his left and Benzema up front. And while James enjoyed an excellent debut campaign at the Bernabeu, Bale suffered. Because of the Welshman’s cost, new manager Rafael Benitez has been tasked with getting the best out of Bale, while maintaining the strengths of James and co. Based on the early indications, the following seems the most likely strategy. James will almost certainly start more often than not on the right side of midfield with Bale beginning in the no.10 position. As a result, zone 14 will be vacant for James to move into. It does appear that Benitez will mix and match this season but we could see James in a false no.10 position with regularity throughout the year. Coutinho’s heat map in the 5-1 win against Arsenal at Anfield in 2014.
As you can see, the area covered by Coutinho is along the central path, highly concentrating on the wings. Hence, drawing himself into the central zone from the wings and also allowing the full back to overlap. We could see that Coutinho has also been asked to do the defensive duties in that channel, hence, a proven false 10.

“The false-10 (sometimes described as a “central winger”) also shares similar attributes to a false-9, and is often used in a 4-2-3-1 formation. A false-10 is also usually a quick, offensive, technical and creative player, who is apparently playing in deeper role than a false-9 however, usually starting in the attacking midfielder position or occasionally as a winger, as the role is often interpreted by players who naturally play in these positions. The false-10 will often surprise defenders by moving out of position, out wide, onto the wing, creating space for other players to make attacking runs. The false-10 will then advance along the flank and provide deliveries into the box for team-mates. The false-10 can also function alongside a false-9 on occasion, in a 4-3-3 (4-6-0) formation, or in a 4-2-3-1 formation. When other forwards or false-9s draw defenders away from the false-10s, creating space in the middle of the pitch, the false-10 will then also surprise defenders by moving out of position once again, often undertaking offensive dribbling runs forward, or running on to passes from false-9s, leading to goals and assists.”

Joanthan Wilson even stated,”This year has also seen the advent of the term “false 10″, a coinage that feels a little clumsy.”, in his blog of the 2011 tactical review. It is tough to understand it as of now, but in the near future it has potential to become another popular tactical term to be extensively used on blogs and on twitter.  The basic difference between the traditional number 10 and a false 10 is similar to that of the full back and the winger. One starts in a dangerous position and the other tends to make runs into the dangerous position. Both require different skillsets and different temperament and only time will tell whether any player will make this position as popular as Messi made The False 9.
See also  Three Football Tactics That Revolutionised the Game 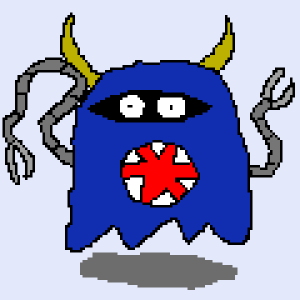