After a 7 year exile from Europe’s elite competition, the club from the south of France has finally restored their Champions League status by finishing 2nd prematurely due to the global pandemic with 56 points, but why on earth did it take so long?

The last time Marseille competed in the Champions League was in the 2013/14 season, and it was not very pretty, to say the least. The coach was Élie Baup and he was unable to earn a single point in the group stages as they finished with zero points in a group that consisted of Napoli, Arsenal and Dortmund respectively. Their fortunes in the league did not make for pretty reading either, as they regressed from a second-place finish down to fifth. Following this disappointing campaign, the world-renowned and enigmatic character of Marcelo Bielsa was appointed as the head coach of OM for the 2014/15 season. In typical Bielsa fashion, this team of Gignac, Ayew, Payet and a young Benjamin Mendy started the season tremendously as they lead the table for seven months but ultimately finished fourth, thus qualifying for the Europa League. Bielsa shocked the world of football with his resignation, citing a lack of confidence in the management of the club. To replace El Loco, former Real Madrid and Spain midfielder Míchel was appointed for the 15/16 season. His tenure at the club was extremely disappointing as Olympique Marseille finished 15th.

In 2016 American businessman Frank McCourt purchased the club for €45 million. McCourt shortly appointed Rudi Garcia as the manager, in terms of league positioning OM steadily climbed as they finished 5th in the French man’s first season, before finishing 4th the following term. A particular highlight during Garcia’s tenure was during the 17/18 season as Marseille reached the final of the Europa League, 14 years after their last final in European competition in 2004 against Valencia. They lost to Atletico Madrid. Unfortunately, the standards could not be met during the 2018/19 season as Marseille finished bottom of their Europa League group, claiming just one point from six matches, and suffered an embarrassing defeat in the French Cup against fourth division side Andrezieux. With 11 points between Champions League qualification and Marseille, Garcia resigned. It was back to the drawing board for Frank McCourt and Jacques-Henri Eyraud.

On July 1st of 2019, André Villas-Boas was appointed as the head coach after a year off football, as he was spending his time focusing on his passion for motorsport racing. The fans of OM were not convinced after mediocre stints at Shanghai SIPG, Tottenham Hotspur and Chelsea. The revival that would fold before their eyes over the next months was the last thing they expected, but how did he do it?.

Marseille was always going to be constrained and confined to limited resources due to a shortage of funds, regardless the club signed 24-year-old Valentin Rongier, a technical, energetic and dynamic midfielder for €15m from fellow Ligue 1 side, Nantes. Alongside Rongier, Darío Benedetto was signed, who scored in both legs of the Copa Libertadores final in 2018 for Boca Juniors and has been impressive up top leading the line for Marseille with 11 goals. Álvaro González was signed on loan from Villarreal and has been impressive at centre back for the Olympiens and has only been dribbled past 6 times this season. As the club only signed three players, Villas-Boas and his staff were left with the players of the previous season and a handful of youngsters, such as Isaac Lihadji, Marley Aké, Maxim Lopez and the most important one, Boubacar Kamara.

Most fans will be aware of Dimitri Payet due to his success at West Ham and the Euro 2016 competition, his creativity and technical excellence would prove invaluable for OM this season. The other key player is French international Florian Thauvin with 78 goals and 51 assists across 237 appearances since 2013 for OM he has been invaluable for them in recent years. This left André Villas-Boas with a sound squad ahead of the 19/20 campaign. The last thing he needed was a serious injury to one of these two, and that is exactly what happened during an 8-1 win against DC United in pre-season. Thauvin seriously injured his ankle resulting in him being out for the majority of the season. Making André Villas-Boas’ job even more impressive. André Villas-Boas has stuck with this formation(4-3-3) throughout his career and has, at times, played a 4-2-3-1 with two midfielders sitting deeper and more conservative, especially during his time at Chelsea.

The captain is 35-year-old Steve Mandanda, this is no surprise considering he has played over 500 games for OM and is the player that has played the most for Marseille this season with 2,370 minutes(Ligue 1) and 11 clean sheets. His impressive form earned an international call-up in the process, the first since 2018.

Marseille during Build Up

The build-up patterns of Marseille are very much reliant on how the opposition set up against them. For example, against teams that defend in a high block that have a high line of engagement and are aggressive in their press, Marseille will most often go long and rely on Benedetto to win his aerial duels or the second balls by playing balls in front of the opposing defence as Mandanda has attempted 401 passes over 40 yards this season. On the flip side, when teams defend in a mid/low block Marseille play short passes and can be patient in their approach to progress the ball through the thirds. Seen in the image below, when building from deep the central defenders split and separate horizontally, making the pitch as wide as possible in an effort to draw the opposition and create space. The role of the defensive midfielder is simple during build-up, as Villas-Boas does not demand his defensive midfielder to drop between to form a 3, as the clear principle of Marseille is to get the ball forward in as little time as possible, instead, he sits ahead of the central defenders, meaning the only option is forward and vertical: The remaining midfielders, typically Sanson and Rongier, will occupy the half-spaces up the pitch, and it is rare that they will ever drop deep, when they do it is to support the central defenders with a progressive pass(seen below): As well as the midfielders, Marseille also progress up the pitch by using the fullbacks. When the fullbacks receive the ball in the outer corridors, the midfielders, as earlier stated would operate in the half-spaces, allowing them to operate in areas that gives them time and space. As well as this one of the wingers (Payet left-wing, Sarr right-wing) would also accommodate areas of the pitch to allow forward and progressive passes, either by coming short (creating space for an overlapping fullback) or running in behind.

Once Marseille have progressed the ball up the pitch, they use simple yet extremely effective combinations in the outer corridors: The players involved in these moments are one of the 8’s, the winger and the fullback. On the left side Marseille typically have Payet (left winger), Sanson (central midfielder) and Amavi (left fullback). Whilst on the right Marseille typically use Sarr (right winger), Rongier (central midfielder) and Sakai (right fullback). The three players on each flank use simple yet very effective and penetrative rotations and passes, allowing them to progress into the final third or penalty area. It is clear to see that Marseille create overloads by moving one of the midfielders into the half-spaces to support the fullback and winger to create a 3v2 scenario. Marseille have 2 notable patterns they perform in these scenarios, the first is the winger dropping, which brings his marker with him which creates space for the fullback. The second is the third man run of the midfielder. Winger dropping to create and exploit space and third-man movements

Here we can see Payet moving infield and laterally, this draws the midfielders towards him allowing Lopez to break free(third man run) into the penalty area and have an opportunity to exploit the space. In this particular scenario, Payet decides to shoot rather than thread the ball through to Lopez, but this is a good example of Marseille’s positional rotations to create space. It is clear that Marseille prioritise the outer corridors to attack as they attempt an average of 13 crosses per 90. In this example Payet dropped out of his position to receive the ball before laying it off again, this movement dragged out the opposing right-back and centre-back, creating space behind them. This triggered Amavi to make a run to take advantage of that space. After receiving the pass from the left-winger, the left-sided midfielder delivered a first time pass to the path of the advancing left-back.

The two examples above display the typical offensive patterns and movements used by Marseille to progress and advance up the pitch. When this does not work Marseille can become extremely direct by attempting lots of crosses or they have to rely on a moment of brilliance or a seamless passing sequence among their creative players. But it has to be said that the offensive play of Marseille has been efficient and effective this season, as they have scored 41 goals, a tally only surpassed by 3 teams in Ligue 1, especially when you consider the absence of a crucial player such as Thauvin.

Marseille’s defence deserves credit this season, they have been compact, solid and consistent throughout the campaign, however when the opposition does breach the Marseille backline Steve Mandanda has been excellent in goal as he has conceded 29 goals but xG expects Marseille to have conceded 31 goals. Of course the entire 11 contribute to a team out of possession, so how do Marseille approach being out of possession?

Once Marseille lose possession they structure a 4-1-4-1:

Marseille defend in a mid-block majority of the time, the team is fairly compact and when they press they do so collectively and in numbers, notable triggers for the press are backpasses, heavy touches and mistakes/miscommunications.

When Marseille press it is clear to see that they use a man-oriented approach, as one player will press and engage with the ball carrier and the surrounding teammates will mark/deny nearby options but still press the ball carrier(cover shadow): At times Marseille also form a 4-4-2 to assist Benedetto in the press against the central defenders:

It is no doubt that Marseille do deserve their Champions League status as they are solid and disciplined in defence and extremely aggressive and penetrative in attack, resulting in a team that is hard to beat and finally competitive in Ligue 1 again. Whilst the football they play can be tedious and dull to watch, what Villas-Boas has done is made Marseille a force again in France. 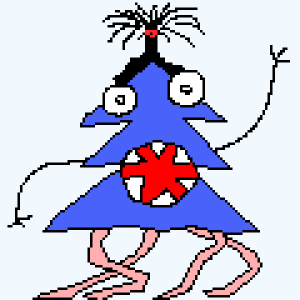 Lewis Roberts is an aspiring football coach from Wales and is extremely passionate about football tactics and coaching methodologies. Lewis also admires Maurizio Sarri and Bielsa as their styles correspond with Lewis' beliefs and ideas.
All Posts