We are all afraid of it. It is the 90th minute, your team is up by one goal and the opposition is about to take a corner kick. Your gut feeling just knows it. ‘This is going in’. On the real note, only about 3% of corner kicks actually make it for a score. This seems a small amount, but in close-game situations, it can give the vital edge.

But first, I am going to explain the 2 different ways of marking a corner kick and explain what I call ‘speciality players’.

Not only at corner kicks, but also in general defence zonal marking is well used. The way this works, is the players defending the corner kick all have their own defensive ‘zone’ in which they are supposed to defend the ball when it comes to their zone. Obviously, every player is very close on a corner kick which means that defensive zones may overlap. This causes different players trying to defend the same cross. Hence when you watch corner kicks, you often see a 2- or even 3 versus 1 situation in trying to defend the ball. Pure zonal defenders tend to position at the edge of the 6-yard box because that is the most frequent and most dangerous position for an offensive player to head a ball into the goal.

Read | Why does English football not trust Zonal Marking? Read | Why does English football not trust Zonal Marking?

The complete opposite of zonal marking is man marking. Man marking is a form of defence whereby the defensive players do not stop the opponent in their own zones, but instead all choose a different player to mark. When the cross flies to their marked player, the defender is expected to win the header of is opponent. There are both pros and cons of this way of defending a corner kick. The privilege of this way of defending is that you can decide which player defends which opponent players. Say you are playing Stoke City as a Manchester United player, you can take your tallest player to defend a player like Peter Crouch, to prevent a mismatch. When using zone marking, If Peter Crouch runs into the zone of a smaller player, you have a major problem there when a proper cross is given. With man marking this problem will not happen. However, the downside of this type of marking is when the opponent makes a lot of runs when the corner kick is taken, defenders tend to run into each other’s running lanes, which causes confusion and a harder time defending the ball. Also when one player is not doing his job well, an opposing player can get a lot of space which is not what you want as a defender.

When marking on opposing corner kicks, barely any teams use a pure form of one of these types. Most teams use a mix, with more players defending zone than defending the man. Teams do this to try to benefit from both types of marking and concede as fewer goals from corner kicks as possible.

These are players on the defensive side of the ball to not prevent the opponent heading the ball on a corner kick. There are two different types of speciality players.

The most known of the two is obviously the front post defender. Most teams use one of these, as it has a crucial role in defending a corner kick. The main role of this front post defender is to defend one side of the goal and to force the header to the other side. This other side is not only harder but also easier for the goalkeeper to cover since he knows the header is probably going to the other side of where his defender is situated. The usage of this kind of player is very important since it reduces the possibilities for the opposing team to score from.

The second of the two is the short cross defender. This kind of player is not used on many teams because most managers think this role is less important than defending the area. The role of this player is to stand a few yards of the corner kick taker away, to prevent him crossing a dangerous low-arc cross. It also lets the opponent know that they shouldn’t pass a simple lay-off cross (more on this later) because there will come immediate pressure.

Now you know of the best ways to defend a corner kick, let’s look at the most frequent used corner kicks and decide which form of defence is best.

Possibly the most known corner kick is the one that flies to the back of the area where when performed correctly, your player with the best heading and/or the tallest player on your team is. There are different ways to take a back post corner kick. The most efficient one is where almost the entire offence runs to the front post, creating space for the player in the back to make a run towards the back post, and head the ball into the net. Another way is to line up in an (almost) straight line, where the player closest to the corner kick taker runs to the back and all the other again run towards the front post. The reason that this corner kick is as effective as it is, is because the goalkeeper has a hard time covering these headers. Not only because the goalkeeper has to come from the other side of the goal (the goalkeeper starts with his back to the back post, and usually makes a run towards the front post) but also because there is no speciality player covering the post as there is on the front post. The player receiving the ball also has the option to head it back into the 6-yard box, which is a really deadly way of playing a corner kick, since most defenders will be out of position when this happens.

Now there are some ways to recognise this type of cross, so you know what is coming and you are able to defend it. The main way is when you see the tallest player on the offence or the best header of the ball in the back. This signs that this player will most likely be targeted on a back post cross, so be sure to get your most physical guy marking him man to man to prevent a goal. If you recognise the team often crossing to the back post and you are having trouble covering it, you could make it safer by covering the trouble-giving player by 2 of your players man to man. This could give trouble in other areas but almost ensures that when a corner kick is coming to the back post, the offensive player will not have an easy header.

The opposite version of the back post corner kick is the front post corner kick. This one is dangerous because it can really turn into a scramble. When a player makes a run towards the front post and heads the ball towards the goal, it is not extremely hard to stop from going into the goal on the first take. But because these crosses come with a greater speed, these headers are directed to the goal with a great speed as well. This makes it hard for the goalkeeper to get the ball to a safe area where it cannot be scored on a rebound. A tip I will give when you see this cross, is that you should be extremely wary of the situation and react quickly when the header is rebounded from your first speciality player or your goalkeeper.

Not only in the previous situations but in general you should put two physical players both on zonal marking; one on the far cross and one on this situation. The penalty spot corner kick is very frequently used as it works really well when you have more than a couple of good and tall headers of the ball. Although, defending this is easier than the front- and back post cross, because this version of the corner kick does not have a great speed on it, nor is it in close distance from the goal. I recommend you to have a few of your zonal players stay close to the 6-yard box and not jump for the ball to defend the header.

A not very often used corner kick is the short layoff. The reason this isn’t always used is that as soon as a defence see not one but two players position close to the corner kick, they know it will be a layoff. This type of corner kick is very dangerous because you can go many ways with this. You can cross it in the box, lay it off to the edge of the area of make a run yourself. As I explained before, the way to really counter this type of corner is to have your second speciality player position, pressuring the layoff and also have a shorter defender diagonally behind the speciality player to cover the run. The reason why this should always be your shortest defender is that you want the taller defenders covering the cross, which is obviously still viable. 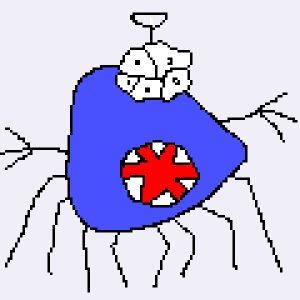