When Frank Lampard was appointed, Derby County fans everywhere collectively held their breath in the hope of whom his widely spoken about “contacts” might bring in, but I’m not sure even they expected someone with the quality that Mason Mount has brought in this season.

His composure, agility, and passing ability are just three of his great attributes that have brought Derby fans to their feet this season.At the tender age of 20, he has not looked perturbed during any of his 44 appearances, using his ability to bring 11 goals and 4 assists.

Most of those appearances came from the middle of the park, playing in a 4-3-3 formation usually alongside Tom Huddlestone and one of either Bradley Johnson or Craig Bryson; all 3 of them are used due to their hold up play which has been vital for Mount.

This hold up play has allowed Mount to shine in attacking phases of the game, as the tactic in midfield has seemingly been to ensure the other two midfielders keep the ball for as long as it takes for Mount to make a run, they then make the pass and wait for something special. Throughout the season, this “something special” has come in the forms of a brilliant through ball, a clever flick past a defender or even something slightly less direct such as encouraging a foul from the opponent which allows either Mount or Harry Wilson to step up to the free kick, and we’ve all seen how that can end.

However, there are still important questions to consider. Will he return to Derby on loan next season? Will he stay at Chelsea? If he stays at Chelsea, will he play regularly?

For me, there’s no question that Mount returns to Chelsea for the upcoming season. Not only because of his performances in the Championship, but the impending transfer ban that I expect to cause a mass exodus of Chelsea loan players from their current clubs.

Will he play for the Blues regularly though? This one is slightly more difficult to answer. I think he can play a similar role within that current Chelsea squad as Ruben Loftus-Cheek currently does, and because of his current injury, it wouldn’t surprise me to see Mount displace him as the fringe/bench player that starts some of the less important games or when another midfielder isn’t available.

Both Derby and Chelsea have played a similar formation this past season, both mostly sticking with a 4-3-3; although their systems have been slightly different. Yet, I feel as though Mount could do well in a Maurizio Sarri system – If he plays in the middle of a 4-3-3, with Jorginho in the holding midfield role rather than Tom Huddlestone and Kante alongside him instead of Craig Bryson or Bradley Johnson, it will allow Mount an increased level of freedom of making penetrating forward runs and playing the killer balls to the front three players that he’s become famed for this past season.

His statistics compared with other centre midfield players at Derby this season do tell a tale. The player with the most appearances in that position after Mount is Bradley Johnson, with 34, who has also had a great season compared with his previous seasons at Derby. Throughout the season, Mount has had a better pass completion rate (76.6% compared with 75.6%) and more assists (6 compared with 5).

You could put this down to a different role in the game, as Johnson is definitely more of a defensive player than Mount – But Mount even trumps him in this regard, with more passes blocked per game (0.8 compared with 0.5) and more attempted tackles (2.5 compared with 2.4). Mount has been the workhorse of the Derby midfield this season, and without a doubt was up there with Harry Wilson and Fikayo Tomori as the most important players for them.

His quality hasn’t gone amiss on some of the big managers either. Gareth Southgate called him up to the senior England squad in October 2018, after witnessing his shining performance against Manchester United in the Carabao Cup.

“Mount stepped up and scored a penalty at Old Trafford, he took it like he had been there all his life” – Gareth Southgate

Representatives of Chelsea will have no doubt also been meticulous in their monitoring of Mount over the previous season, but there is still this overarching feeling of doubt from fans of both them and Derby over whether he will get his chance in the first team when he returns. Chelsea don’t exactly have the best record for developing their youth players into future legends of the club, with many seeing their youth academy as a business in itself – 41 players were out on loan from Chelsea in the 18/19 season.

There are a few glimmers of hope for his chances, however. The two-window transfer ban limits the Blues’ ability to do what has been typical of them in the Abramovich era and just throwing money at any squad issues in January. Ruben Loftus-Cheek fully rupturing his achilles, leaving him out of contention for a rumoured period of up to a year has given these hopes a boost, and a fellow midfielder in the form of Cesc Fabregas leaving the club can only strengthen Mount’s chances of having a role to play in this squad.

I’ve personally been extremely impressed with Mason this season, and as a Derby fan myself, the impact he has had and the quality that he’s brought to the squad has certainly not been lost on me. I’d love to keep him for another season, but with plenty of Premier League suitors even if Chelsea didn’t want to keep him tells me that there’s no chance of that happening.

I think he’s a spectacular talent, and for me, there’s no ceiling on where he could go in his career. A definite future England star, and in a few years, he could be good enough to be starting every game at Chelsea. Will he achieve all this though? That, only time will tell. 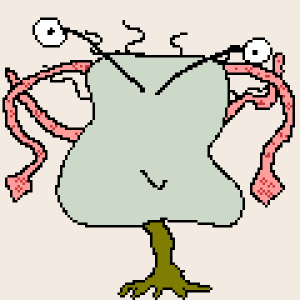