After many years of threatening to clamp down on excessive grappling from set-pieces, this season has seen Premier League referees penalise holding and shirt-pulling more than ever before. This has coincided with an increase in the number of set-piece goals (0.65 per game) and led to marking from corners coming under increased scrutiny. Unfortunately, it has also brought out one of the worst traits in British football punditry; the inherent distrust of zonal marking.

For every goal scored against a team marking zonally, the system, rather than any mistake from an individual, is blamed. Instead of blaming poor communication, a failure from players to adapt to the situation or a player not attacking the ball, the whole system(Zonal Marking) is faulted. However, when a goal is conceded from a man-marking system, these individual mistakes are noted, and there is no mention of the system.

Both methods have their weaknesses which allow ‘individual errors’ to occur. When executed poorly a zonal system can allow attackers to get a running jump on defenders, one it’s most regular criticisms. In order to perform the system well a greater amount of training, and time, is needed than with man marking, as players need to be spaced correctly and adapt to different situations, all whilst remaining in-sync with each other.

However, when performed correctly it negates the effect of the running jump by using a row of players to block attackers clear runs, and is less open to manipulation and costly individual errors than man-marking, as the defence retains a clearer structure. This doesn’t mean players have to be static- ideally they should judge the situation and adjust accordingly. When this happens, it reduces the chances of overloads or isolations occurring in dangerous areas, all whilst keeping a more stable shape.

One of the teams that have conceded the most goals from corners this season in the Premier League are the champions Leicester- prior to the November international break, a huge 31% of their goals conceded came from corners. The systematic issues in their man-marking have been exposed many times. One such example was in their 4-1 defeat to Manchester United, where they conceded 3 goals from corners. The first goal, a free header from Chris Smalling (who was being marked by a specialist in Robert Huth) from just 6 yards out in particular showed some of the weak points of man-marking.

Firstly, that simple opposition runs can manipulate the defensive set-up. Ibrahimovic moved right out of the danger area, past the back post and near to the edge of the box, with no intention of attacking the first ball. As Wes Morgan was marking Ibrahimovic, he followed him away from the danger area, into a position where he could not impact play. By the time Morgan left Ibra, he was too far away to recover, and one of Leicester’s best headers was taken out of the game.

Secondly, that one player’s poor marking often leads to a very good, unopposed chance. Huth lost Smalling, getting caught up in a melee of players, creating a situation where one of United’s strongest headers had a near free chance from 6 yards out. Huth was required to keep focus on both Smalling and the ball, and in the confusion ended up losing both. When the system depends on each player winning their individual battle, it leaves very little room for error.

In Fuchs, Slimani, Huth and Morgan, Leicester had the height and power to deal with United’s threat. In this example, a zonal system would likely have prevented Morgan from being taken out of the game, and allowed Huth to focus purely on the ball. A second line of players could have been used to make it hard for Smalling to get a clear run on the ball. At the very least, it would likely have prevented Smalling from getting free space in such a dangerous area.

In similar fashion, Leicester left Diego Costa with half of the box to himself in their 3-0 loss to Chelsea. Once again, large dangerous spaces were left open and one player losing their marker allowed him a free shot on goal. Leicester may be unlucky to have been punished so regularly this season, and this is not to say that zonal marking would have won Leicester the game, or definitely prevented these chances. Rather, the system they are using allowed them to make vital mistakes, with nothing in place to make up for them, and this is costing them points. If this was a zonal-system, it would be immediately blamed, however Leicester’s poor record from corners has been instead blamed on individuals.

Each system has its strengths and weaknesses, and neither system is the definite answer on how to defend set-pieces. Man-marking assumes that if every man can win their individual battle, the team won’t concede. West Brom, who may have 4 or 5 natural centre-backs playing who are adept at marking, heading etc. would likely use this system, as they are likely to win their individual battles.

A common praise of man-marking is that it is easy to see where the goal came from (or allocate blame), however it is questionable if this is a strength of the system. Whilst it may make pundits lives easier, it doesn’t help the defending team to prevent the goal, and we often see the same mistakes repeated anyway- every week we see players lose their man on set pieces, does this not mean the system should be questioned? A player might know which attacker he is marking, but this can’t guarantee he will beat him to the ball- in fact, as he has to concentrate on the ball and his man, it may even put him at a disadvantage.

It is also open to manipulation, with players taken out of the game, and leaves very little margin for error, as shown by Leicester. Due to the lack of a stable structure as players follow their man, it can lead to many defenders becoming positioned in the same area, which not only reduces the ease of winning the ball, but leaves the defence shorthanded in other areas and leaves space for the second ball to fall into, which can create very dangerous opportunities (see Redmond v Watford on the opening day, for example).

Just this weekend, Crystal Palace’s man marking system (which has conceded 6 league goals already) was manipulated to give Yaya Toure a tap in, Spurs and Middlesborough players lost their men who then scored from the second ball, and through the same issue AC Milan conceded a last minute equaliser to rivals Inter. In the cases or Palace, Spurs and Milan, the player who scored was found in free space which could’ve been dealt with using a more structured system.

There is no definite answer to defending set pieces. Of the 3 teams yet to concede a goal from a corner in the Premier League (Man City, Arsenal and Bournemouth) two normally use Zonal and the other man marking. It is becoming more common for teams to use aspects of each system, and its success depends as much on the execution as the method used. Both systems have their place in the game, however in my personal opinion, zonal marking is the much safer option of the two. The structure it gives reduces the risk of individual mistakes leading to dangerous chances, it prevents wide gaps appearing in dangerous areas and is more likely to give the defending team a numerical advantage where it matters. Whilst it requires more training to get right, in the long run it provides a more stable method of defending set-pieces. 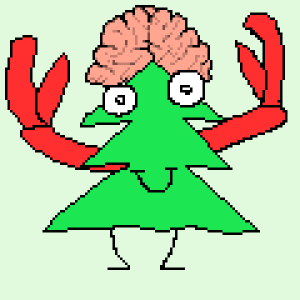