An In-depth look at Maurizio Sarri’s tactics at Napoli

Napoli have undergone a remarkable transformation under the equally remarkable Maurizio Sarri which has turned them into one of the most attractive sides in Europe. In this article I will be breaking Maurizio Sarri’s tactics and analyse why Napoli have been so successful. Napoli always start with Sarri’s preferred 4 3 3 formation. The system is so good because its very fluid and it allows Napoli players to interchange freely, especially the front 3. The two defenders are a perfect partnership with Albiol the technically gifted of the two and Koulibaly providing the pace and power although not without ball playing skills of his own. The two full backs are very complete in defence and  in attack with Ghoulam always trying to overlap but Hysaj is a bit more stationary. Jorginho is the pivot in midfield, he is the controller who sets the tempo with his passing similar in style to Sergio Busquets. Allan is very good as a box to box midfielder helping out in both defence and attack with Hamsik an aggressive midfielder playing almost as shadow striker when Napoli have the ball and he often interchanges positions with Mertens when Napoli have the ball. The front 3 contain some dazzling players who rightly get most of the plaudits, Insigne is a skilful inside forward and playmaker. Mertens has been converted very successfully to a striker offering a different aspect in attack with his fluidity and pass. While Callejon is an out and out winger who is mostly stationary down the right side. As stated before what makes Napoli so impressive is their fluidity and ability to interchange positions. Sarri has them drilled perfectly and every player knows exactly what to do at what point of the game. Napoli are always trying to play it out from the back and Sarri always believes in having the extra man to aid in keeping possession. When Pepe Reina has the ball the two centre backs push very wide and Jorginho drops in between them. The two full backs push forward to form a four man midfield and the two wingers cut inside. This means the team is set out in 3 4 3 formation during the build up of play from the back. You can see the triangles the Napoli players form which gives them a numerical advantage and allows them to keep the ball easily. You can see how Jorginho has dropped in as a 3rd centre back and how he has drawn the Cagliari players towards him and the defenders. The two midfielders are completely unmarked and one pass will easily bypass the press and give Napoli a numerical advantage on the attack. The two centre backs are very wide to offer passing options and draw players towards them. You can see clearly the triangle shape the midfield is in with Jorginho and Allan side by side, this draws the opposition midfielder towards them and leaves Hamsik unmarked in the half space in between the two Fiorentina midfielders. What makes Napoli so unpredictable is their ability to mix it up. While they can keep the ball they also play with verticality and can go direct. The calm possession game they play often draws the opposition towards them which opens up lots of spaces for the two wingers and as stated above Hamsik. When the space is available the defenders + Jorginho look for a long vertical ball towards one of the wingers which is often followed by an overlapping runa dna  low cross. As stated before the Napoli fullbacks and especially Ghoulam love overlapping. When Napoli have the ball Insigne usually cuts inside into the number 10 positions exploiting the half spaces between opposition defence and midfield with Ghoulam pushing forward as a faux left winger. Allan drops back to form a midfield two with Jorginho who hold their position with Hamsik getting ahead of the two. This means Napoli are almost in a 4 2 3 1 shape. Mertens and Insigne also often interchange positions especially if the opposition defence is stifling Mertens this enables both of them to lose there marker and try to bamboozle the defence. Callejon is mostly stationary on the right wing pinning his full back back by sticking next to the line and trying to get the ball into the box when he gets it. This stifles Hysaj’s attacking influence and force him to stay back most of the time when Napoli have the ball. You can see Insigne’s positioning in the half space mentioned above and you can also see how high and wide Ghoulam is.Callejon is staying wide and Hysaj is just inside the opposition half. The midfield is once again in a triangular shape with Jorginho as a pivot. Mertens is going towards the ball and he is trying to get on it, this fluidity and movement forces the opposition back and making them play with a deep defensive block. Napoli’s play is centred on high octane pressing and winning back the ball quickly, this forces the opposition into mistakes and puts them under lots of pressure. Napoli press with a man oriented press aiming to cut off the opposition passing angles and limiting the half spaces available. They play with a very high defensive line which forces the forwards back and compresses them in their own half. When pressing Napoli switch to a 4 4 2 system which enables them to man mark the opposition perfectly. One of the two wingers pushes forward to join Mertens and they harry the two defenders. One of the centre midfielders pushes wider to take up the position of the pressing forward and form a rigid 4 4 2 shape. Once again you see Insigne dropping into the midfield and Callejon forming a two-man forward line with Mertens. Hyaj has also bombed forward to take up Callejon’s place and Allan and Hamsik pushing forward. Jorginho stays deeper just in case the opposition bypass the press. When Napoli lose the ball in the opposition half they always aim to rapidly win it back by overloading the ball carrier and forcing the opposition into a mistake which will cause an overload when attacking. Napoli lost the ball in Fiorentina’s half but they proceeded to immediately try and win it back. You can see how the players are moving to the ball carrier with the others cutting off the passing angles and limiting the players options. Napoli are very organized and well drilled and they can also mix it up in defence. If the opposition bypass the aggressive press Napoli immediately fall back into a solid compact 5 5 1 limiting the half spaces and the defenders get deeper. The wingers drop back into the same line as the midfielders and Jorginho acts as a screen in front of the defence. In the picture above, you can see how compact Napoli are and how deep their defensive block is. There is no space between the midfield and the defence and the half spaces are completely covered. The players are all very close together which is illustrated by the triangles on the diagram. This makes them very hard to break down and offers another dimension to their defensive and positional structure.

Napoli are a team of many weapons who play beautiful attractive football. They are the hipster’s team at the moment and Sarri is one of the brightest up and coming managers in world football right now. They are very well drilled and tactically astute and they can hurt the opposition in many ways. Their pressing and work rate is unrivaled and they almost always run the opposition off the pitch with their intensity and running. The team are very well gelled and all the players understand each other, they work as a unit which makes them so hard to beat. They also have some brilliant individual players like Hamsik, Mertens and Insigne who are capable of producing moments of magic when the team is in need. If the team and the manager are not broken apart in the next few years I can only predict that Napoli will continue their upwards trajectory and blossom into one of Europe’s finest sides, hopefully they can pick up a few trophies on the way too. 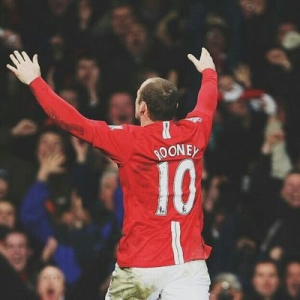