Monaco became the underdog sweethearts of Europe this season with their carefree attacking style which led to exciting games for neutrals. This is not the first time that Monaco has become everyone’s second favorite team. In the 2003/2004 Champions League, Monaco were a carefree attacking team for whom the goals flowed. The links don’t end there. The 03/04 team was built despite financial problems which had threatened to have the team relegated to Ligue 2 whereas the current team is built on the back of a billionaire Dmitry Rybolovlev who invested in the academy and in bringing in talented youngsters. A superb young manager and players that are wanted all over the continent are also shared by the two iterations of the teams.

Monaco qualified for the group stages by finishing second in the 2002/2003 Ligue 1, only a point behind champions Lyon. Drawn into a group with AEK Athens, Deportivo La Coruna and PSV Eindhoven. Monaco were widely expected to finish third behind a Deportivo team who reached the semi finals that season and PSV who repeated that feat the following season. It seemed even more likely that Monaco would struggle when Ligue 1 top scorer from the previous season Shabani Nonda was ruled out by a serious knee injury.

Monaco won their opening group game 2-1 against PSV with Morientes and Cisse scoring despite PSV creating more chances. Monaco would make it six points out of six when defeating AEK Athens 4-0. It was an open game with 30 shots shared between the teams and AEK probably considered themselves hard done by. Monaco saw their first defeat in the next game despite outshooting Deportivo as Diego Tristan scored a late winner. Revenge was sweet as Monaco beat them 8-3 next time out. By half hour into the game, Monaco were 4-0 up and at half time it was 5-2. Dado Prso was the star of the game with four goals and until Dortmund beat Legia Warsaw 8-4 this season it was the highest scoring game in competition history. A 1-1 draw with PSV saw Monaco confirm their place in the second round draw and they played out a 0-0 with AEK Athens to win the group.

Their reward for winning the group was a draw with Lokomotiv Moscow, who had surprised Inter Milan by finishing second in their group. In snowy conditions, Lokomotiv won their home leg 2-1. Morientes scored a vital away goal and Lokomotiv no doubt rued their missed chances. Lokomotiv went down to ten men after 20 minutes as Loskov was sent off. Prso missed a penalty just before the sending off but made up for his miss by grabbing the winner in the second half. A shock winner begun to look more likely as Bayern Munich, Manchester United and Juventus all went out. Monaco drew one of the favourites in Real Madrid for the quarter finals. The first leg took place at the Bernabeu and Monaco took the lead through Squillaci. In a second half hour, Madrid scored four goals with two from Zidane. Morientes, on loan from Madrid, pulled back a late goal to reduce the deficit. Raul got an early goal in the second leg to make the lead 5-2. Giuly got an equaliser just before half time and then Morientes scored another to go into a 2-1 lead. Giuly finished it off with a tremendous back heel to put Monaco through on away goals. Madrid manager Carlos Quieroz called it a “disastrous result.”

Chelsea had knocked out another of the favourites in Arsenal and that led to the two clashing in the semi final, both looking for their first Champions League final. Both scored goals inside the first 25 minutes of the first leg in Monaco. Hernan Crespo had cancelled out Dado Prso’s opener. Andreas Zikos was sent off at the beginning of the second half for a clash with Claude Makelele. Chelsea, with the man advantage, should have been favourites but Claudio Ranieri chose to bring on Jimmy Floyd Hasselbaink and Robert Huth for Mario Melchiot and Scott Parker. The moves unbalanced Chelsea and soon Morientes grabbed the lead. Nonda made Monaco strong favourites by grabbing a third with Ambrosio at fault. The first half of the second leg saw Chelsea miss chance after chance. Gronkjaer and Lampard did manage to pull it back to 3-3 on aggregate and Monaco were heading out. Just before half time though, Ibarra scored, bundling in the rebound after a fantastic Morientes header hit the post. Morientes would seal the tie with a cool finish that the Chelsea players had lacked. In the final against Jose Mourinho’s Porto, Monaco started fast with Giuly creating a couple of chances. However their talismanic captain had to be replaced after 20 minutes as his injury was too severe to carry on. When he came off, Porto came into the game and led by Deco they run out comfortable 3-0 winners.

The team, led by Didier Deschamps, was built on attacking intent playing a 4-3-3. A total of 46 goals came in 13 games, including a drab 0-0 with AEK Athens when both knew their fate prior to the game. It started with a pair of aggressive full backs, usually Hugo Ibarra and Patrice Evra. Both attached with great enthusiasm and quality, often leaving holes down the side of the defence. This often provided great results for the team with all three goals in the classic 3-1 win over Madrid came from crosses by the fullbacks. The centre back partnership tended to be two of Gael Givet, Julian Rodriguez or Sebastien Squillaci. Behind them was Flávio Roma who despite occasional moments of madness was a picture of composure through the campaign and received his first Italy call up at the age of 30. Akis Zikos and Lucas Bernard patrolled the front of the defence, offering the cover that the full backs often did not provide. Edouard Cisse was the box to box midfielder but most of the production came down the wings rather than through the midfield. The front three were the stars of the Monaco run. Ludovic Giuly, was their talisman and that summer was signed by Barcelona. His low centre of gravity helped him glide away from defenders where he could provide for the strikers. Jerome Rothen would start on the other side of the striker and would have six assists in the Champions League, the most alongside Deco. He had lightning piece and excellent crossing ability. Up front was the mercurial Fernando Morientes, on loan from Madrid. His time at Monaco saw him rediscover form which made him one of the scariest strikers in Europe. Dado Prso on the other hand was a big target man who terrorised defences. They also had the options of a young Emmanuel Adebayor and when he returned from injury Shabani Nonda. 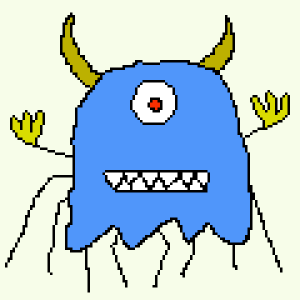