Euro 2012 Group B is literally and figuratively the group of death. Perhaps we will get the opportunity to see this competition’s finest football in the first round games of this group. Three (Portugal, Germany and Netherlands) of the four teams of this group are in the top 5 FIFA rankings. And when you add Denmark(Previous Euro Champions) in, all the teams of this group are in the top 10. So lets take a look at Portugal now,in Cristiano Ronaldo they have the best player in the tournament. So what are their chances? How will they line up? Will Ronaldo be able to bring his club form?

Portugal did not start their Euro 2012 qualifying campaign very well, tying with Cyprus (the weakest team in their group) at home 4-4 and losing to Norway 0-1. Since those first two games (in 2010), a lot changed. Carlos Queiroz got sacked, Ricardo Carvalho and Bosingwa quit the international team and Paolo Bento took over. Although Bento essentially kept Queiroz’s tactical formation, that is a 4-3-3, he changed a few things that were peculiar to Queiroz’s system, most notably the defensive aspect of the team.

In fact, with Queiroz, Portugal seemed to be a defensive-minded team. In the 2010 World Cup Portugal used Pepe in Midfield along with Tiago and Meireles. This 3 man midfield was more workman-like rather than creative. This meant the goal scoring(and creating) burden entirely fell on the wingers and the striker in front. Under Bento,Pepe plays as a CB(Another reason maybe that Carvalho retired and Portugal don’t have another quality CB to replace him) and in Moutinho in midfield they have a player who can create.

With Bento in charge, Portugal went on to win their next 5 in their qualifying games beating Denmark convincingly at home (3-1) with two goals from Nani and one from Cristiano Ronaldo. They also performed very well in several friendlies, impressively humiliating the World Champion Spain 4-0 at Lisbon.

Unfortunately, they were unable to beat Denmark in Copenhagen in October 2011 which meant that they would have to play Bosnia in a 2-game play-off knock out round before finally acceding to the Euro. However they proved that they deserved to be in the competition by trashing them 6-2 on aggregate.


Paolo Bento made a few tactical changes in the team and one can say that those changes have been pretty successful. The addition of Moutinho and Veloso in the starting lineup gives the team more balance both offensively and defensively. Moutinho is key here,although he too like Meireles and Veloso/Martins is more of a box to box player midfielder, he is capable of helping the offense create goal opportunities when needed .. Moutinho in a sense brings a bit of Deco and Tiago Mendes both. Although Portugal lack a player with Rui Costa’s vision,Moutinho will be expected to have the ball more than the other two.
The position of Nani on the pitch (see arrow in figure one) is another tactical change that has been very interesting to notice. Nani has been traditionally seen as a winger. At Manchester United, he plays out wide on the right (or left). However, in the past few games with Portugal, Nani had a tendency to run inside and to occupy a more central position. Bento has also tried him out as a classic number 10 just behind the striker,it is to see whether he ll do the same at Euros.

The position, which Bento is unsure of as of right now is the lone striker of the 4-3-3. Both Postiga and Almeida have been inconsistent in the past few months. Portugal’s inability to score against Macedonia last weekend was a flagrant illustration of this inconsistency. However, Postiga was the scoring-machine for the team in the qualifying campain and he will probably be the starter this summer.

Strength: Cristiano Ronaldo is coming off his best statistical season ever. He scored 46 goals in la Liga, assisted 11 goals for Madrid and even netted 10 more in the Champions League. He is without a doubt the best European player at the moment. If he continues his clutch performances from the season, he will be a serious threat to any team. Moreover, Portugal has some some very good players that can make a difference in big games. Raul Meireles proved how important he was in the semifinal of the Champions League versus Barcelona. Moutinho has been a starter and major contributor in a Europa League winning team in 2011. Finally Pepe, Contrao and Nani add both quality and experience to this team.

Weaknesses: Up to date they don’t have a world-class striker up front. This team is seriously missing a Pauleta or a Nuno Gomes from the early 2000s. If they can’t score against Germany and Netherlands, they will be in big trouble. Bento needs to find the perfect formula to solve that scoring problem. Also, although this team is playing much better offensive football than they had a couple of years ago, they still lack the perfect cohesion that Germany and Netherlands (already) have.

Conclusion and Prediction
Portugal will go as far as Cristiano Ronaldo takes them. They are in the so-called group of death along with Germany,Netherlands and Denmark. Surprisingly they have the best defence,with both Netherlands and Germany still unsure about their back four. 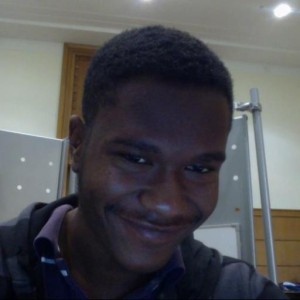 Ben is a senior analyst at Nielsen's quantitative marketing modeling group. He graduated from Cornell University with a double major in Statistics and Applied Economics. Ben is passionate about technology, sports and social impact. He will be writing essays about football philosophy, tactics and analytics. He is currently working on his first book: "During The Summer, Football Makes Haitians Dance".
All Posts