The popularism of the “Catennaccio” in the 1960s by Helenio Herrera was game-changing in that it focused its tenets on defending and the art of counter-attack which would go on to define the Italian mastery of the art of defence. Following the death of the system of play after its dominance came into prominence “Total Football” in the 1970s.

The system of play, largely associated with Ajax and the Dutch National team, had its roots in the Austrian national side of the 1940s and the Hungarians of the 1950s. Ajax had prior exposure through English manager Jack Reynolds who managed the club in three stints ranging from the 1910s to 1940s. It would, however, be Rinus Michels who put the style on the world stage with the Dutch national team at the 1974 world cup as they awed and won the hearts of fans worldwide even in defeat.

The system is based on two tenets which are the utilization of space and fluidity of positions. Space is a key component as the aim is to make the pitch as big as possible when attacking and as small as possible when defending. In order to make this work, Ajax pressed almost maniacally with an emphasis not being on cutting passing lanes but on swamping the opposition player with the press usually led by the tenacious Johan Neskens. For the press to be successful, the team employed a high defensive line to further compress the pitch, making the playing area small for the opposition to transition.

The formation most associated with total football is the 4-3-3, which becomes a 3-4-3 when the libero moves into the midfield to match an opposition’s 4 man midfield. Unlike other teams that were engaged in horizontal switches, the Dutch national team and Ajax engaged in wholesale positional switches across each flank which allowed for players to push and drop off creating baffling patterns across the field. It was a state of extreme fluidity as players from either flank moved interchangeably while maintaining the team’s structure. Therefore, a full-back could be playing as a winger or a defender as a striker as they moved interchangeably. With pressing ensuring players were pushed up and everyone could defend and attack, the fluidity of the style did not compromise the defensive shape of the team.

This attacking system was maverick, but could be negated by aggressive man-marking and overloading of the midfield as shown by the West Germans in their victory over the Netherlands at the 1974 world cup final.

A brand of play which showed the beauty in movement, space manipulation, a reconciliation of the game’s artistry with its physicality was pure art, synonymous to the murals of the Sistine chapel, which would go on to show football as an expression of intelligent happiness.

Thus beckons the question: where has all the Total Football gone? Why do we look at football now and still see the fixed tactical schema, repression of character and the rule of physical force, instead of a model of the mystifying, exalting, all-things-at-all-times style that, at its peak in 1974, won the hearts of football fans?

21st century Total football homogenized positional discipline rather than widening players’ positional scope so that each could effectively fill any role on the pitch. It has led to every area of the pitch being treated as the middle third and focusing on the potential of reduced distances as opposed to using the axis of the pitch to control play.

Barcelona and the 2008- 2012 Spanish team were to play a brand of football in Cruyffian tone. Their Juego de Posición was based primarily on a desire for a similar fundamental product gotten from Total Football – the leverage of space, aggressive pressing, and absolute possession – as opposed to the Total Football aesthetic.

It’s no wonder that the Spanish conquerors of the 2008 to 2012 period were depicted, sometimes pejoratively, as using a 4-6-0 formation. It is not surprising that this style, which stretches specialism to its logical extreme, was ultimately found out in brutal style at the 2014 World Cup and even at the 2018 World Cup, which is why in this style; we see little of what a purist might recognise as Total Football.

An argument can be made that the continued basing of tactical shape on discrete roles has led to a ‘positional balkanization’. However, the persistence in applying the utility manhandle to players with a breadth of aptitude might say otherwise. Players such as Philip Lahm and Thomas Muller who are capable of playing in a wide array of roles seem to entail the attributes of a Total footballer. If players of such adaptability can still flourish, there must be other reasons explaining a continued preference for a general tactical rigidity in football. One of which is that total football exponents reigned when the pace of the sport itself was more languid, with the pedigree of fitness implemented by Michel’s in his teams gave them the advantage.

The game is faster, speed is the value of the game, defending against it becomes fundamental. As with pace, attacking with width and depth can be attained with fewer touches and much greater directness, therefore, it is no good to have a post-interchange central midfielder filling it at centre back, or an inside forward behind an advanced full-back, when trying to defend against such speed, particularly in the event that all players in the team are not of identical defensive skill or physical prowess.

The increased media scrutiny has made the lives of managers difficult. Managerial lifespans are shorter than ever; in 2015 the length of managerial tenure in English football fell to about 1.23 seasons. Consider this backdrop against the likes of Michels who had six seasons to establish his way at Ajax. Managers have too much to lose; they do not have enough time to invest in long term strategies, due to demands for immediate success from boards and fans.

Despite the climate of the game no longer suited to the all-as-one mystifying beauty of the Michels/Cruyff system, there is plenty to suggest that, while Total Football does not stand untouched, it still lives on in plentiful supply within the game.

Coaches such as Marcelo Bielsa and his acolytes show that pressing has remained a tactical evergreen, and that positional fluidity is perhaps beholden to it. Bielsa’s obsession for control runs two ways towards the monopoly of space and the ball itself.

Pep Guardiola is also one whose prized tiki-taka obsesses over positional points like its antecedent Total Football, but instead of taking positions themselves as changeable to a man, Guardiola’s insight was to overload individual positions with multiple players, either exploiting narrow lanes that could be keyed by elite passers or dribblers such as Andres Iniesta or opening the vacated opposite flank via a switch of play from a ball-literate defender.

In a way, Guardiola’s deeply agnostic grandson of Totaalvoetbal is a merger of the Dutch vertical adaptive style that won the hearts of millions in 1974, and the West German tactic of flooding of discrete zones of the pitch that broke that Dutch team in that year’s World Cup final.

Like Bielsa, Guardiola is also unafraid of deploying players in seemingly unfamiliar positions. Indeed, he has redesigned the likes of Lahm, Javi Martínez, Fabian Delph and Lionel Messi, seemingly at will, but in fact in accordance with the given players’ degrees of intelligence. It is no wonder that Lahm, the subject of the most complete positional Guardiolisation, was praised by the great Catalan as “the most intelligent player I have ever coached”.

The approaches of these managers – and there are others – bespeak of the autocracy of the teeming tactical mind and do not in themselves attest to the marvellous autonomy of the original Total Football.

Although the absence of true Total Football may mystify and inspire as the form itself did, the philosophy, far from being an abandoned pursuit, maybe in some sense the most sought after grail in football amongst the sport’s most protean tactical minds. 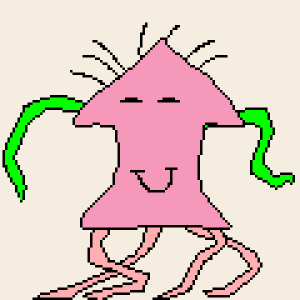 I am a keen lover of football and the tactical intricacies of the game. My aspiration is to become a coach. I write football articles in my leisure time.
All Posts