This story is not the same as other stories about the world’s greatest teams. This team was only in existence for a few years. They did not play for, or win, any trophies. Their matches were unofficial, unrecognised by FIFA. You will not find their replica shirts on sale in retro shops, or compilations of their best moments on YouTube. They were a different kind of great team, and this is a different kind of story. The starting point for this story is not football. The starting point is war.

The story of FC Start begins two years into the Second World War. It was in 1941 that the Soviet football season was interrupted by the rumbling of invading Nazi tanks. Dynamo Kiev were one of the strongest sides in the USSR at the time, but the side were broken up following the occupation, as were the others. Players were scattered – some went to fight, others still were taken as prisoners of war, football was unimportant in the face of the ongoing struggle.

Football, though, was not forgotten, and nor was Dynamo Kiev. It was the former Dynamo goalkeeper Nikolai Trusevich who set about reviving Soviet football following his return to Kiev after a stint in the Red Army. Having procured a job in a Kiev bakery, Trusevich sought out former teammates in order to form a new team, which came to be named FC Start.

The team was cobbled together from malnourished former professionals of Dynamo Kiev and other Soviet sides and were soon teaching the local military teams some lessons in football. Their first two home games in Kiev’s Zenit stadium saw them administer hammerings of 6-2 and 11-0 to Hungarian and Romanian garrison teams. Start continued to rack up the wins and began to attract a following among the Kiev people, for whom football was perhaps the only relief from their unhappy circumstance.

It was when FC Start defeated their first German military side that the Nazis began to take notice. It was another big win, 6-0, and Start followed it up by beating a strong Hungarian side known as MSG Wal twice, 5-1 and 3-2. FC Start were impressively unbeaten at this stage and were fast becoming folk heroes to the Soviet people, particularly those in Kiev.

To this end a team was selected from the Luftwaffe, named Flakelf. This team of Aryan military men was bound to defeat the upstarts from Kiev and reassert Nazi superiority. Or so they thought…

The first game between the sides took place on 6th August 1942 and was a straightforward win for Start, who ran out 5-1 winners. Information about the game’s result was largely suppressed, and a rematch was organised for the 9th August. This was game that would become known as the infamous “Death Match”.

With the Death Match it is difficult to parse reality from myth; the two having become so intertwined over the decades with every re-telling. A common tale was that an SS officer entered the Start dressing room prior to the game and warned them to lose or be killed. While it seems this is not strictly true, it is the case that the referee made it clear to them – without explicitly saying so – that there would be consequences should they “break any rules” or fail to “respond in kind” to Flakelf’s Nazi salute prior to kick off. As one would expect, the Start players did not return the salute but rather responded with a Soviet salute of their own – an act of defiance that set the tone for the game.

Flakelf were quick and aggressive from kick off, the referee unsurprisingly partisan and calling nothing against the Luftwaffe side (some accounts mention that the Start goalkeeper Trusevich was knocked unconscious for several minutes during the game), and Start struggled to match their opponents early on. It took an equalising goal – a trademark long range strike from Ivor Kuzmenko – to give Start belief, and from then on their technical superiority began to win out against their opponents’ aggression.

They went into half-time with a 3-1 lead, and again stories abound of visitors to the Start dressing room making the consequences of victory clear. Nonetheless Start continued in the second half as they had finished the first and ran out 5-3 winners. Players of both teams shook hands at the end and even had a commemorative photograph taken together, but the Start players must have known that such bonhomie would be short-lived.

Accounts of the aftermath of the Death Match vary depending on what you read or whom you speak to. Years later a myth was propagated in the USSR that the players were immediately taken to the Babi Yar ravine and shot while still in full kit; some stories talk of the Gestapo turning up at the bakery where the players’ worked, arresting and then torturing them; others still maintain the players never returned to the bakery and were taken after the match to the Gestapo headquarters in Kiev.

Whatever the truth and sequence of events, we know why this game has become known as the Death Match: the forward Nikolai Korotkykh was tortured to death when the truth of his past as a NKVD officer was revealed to the Nazis; Ivan Kuzmenko, scorer of the equaliser in the Death Match, the young defender Alexei Klimenko and goalkeeper and Start founder Nikolai Trusevich were shot at the Siretz death camp. The fates of the others remain unknown, with the exception of Mikhail Sviridovsky and the winger Makar Goncharenko, who both escaped death.

One can be tempted to overplay the FC Start story, especially in light of the other many horros and unnecessary deaths that took place during WWII. Goncharenko himself sought to point out that their story was not so exceptional, when he stated about his teammates: “they died like many other Soviet people because the two totalitarian systems were fighting each other, and they were destined to become victims of that grand scale massacre. The death of the Dynamo players is not so very different from many other deaths.”

Their deaths may not have been so very different from others but for a while their lives were. The players of FC Start gave hope to an oppressed, beleaguered people and showed that football can sometimes be more than just a game. It is for that reason that they more than deserve their place in the pantheon of the greatest teams. 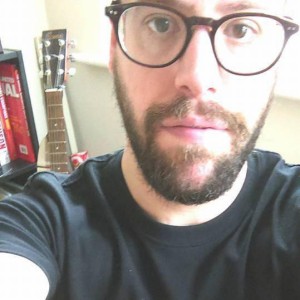