This most comprehensive book about old Scottish football grounds ever published, Lifted Over the Turnstiles contains almost 200 photos of 42 football stadiums here that have lain unseen, in archives and rarely accessed collections. Below is an exclusive sneak peak into the book for The False 9 readers. If you wish to purchase the book, click here.

Dunfermline Athletic sprang to life in 1885 after a dispute over membership resulted in a split from Dunfermline Football Club, which in turn had been formed as a winter sports section of Dunfermline Cricket Club. 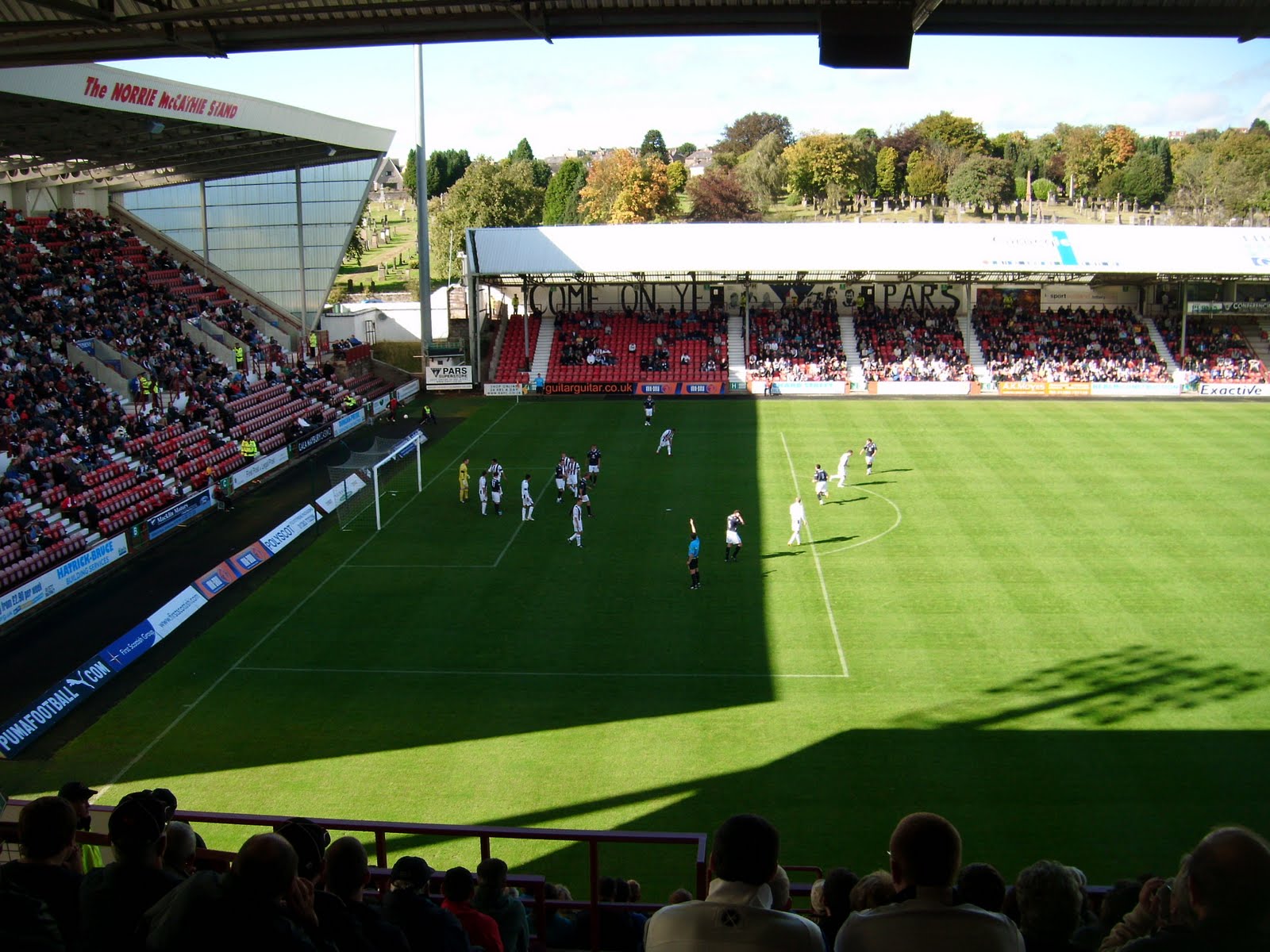 Athletic initially existed as an amateur outfit until 1899. The new body had taken up residence at East End Park, securing a lease on ground owned by the North British Railway Company.

They entered the Scottish Football League Division Two in 1912, a relatively late date, and quite surprising as East End Park was recording attendances as high as any club outside Glasgow and Edinburgh in the first decade of the 20th Century.

Funded by The Pars’ glorious Scottish Cup win of 1961, a modern stand was constructed on the Halbeath Road side in 1962.

In the ’30s, income from greyhound racing at East End Park all but saved the club, but the track curving over the playing surface made the taking of corners a slightly difficult proposition.

In 1965 the North Terrace roof was extended to cover the town end to form an L-shaped “shed”.

East End Park also holds a curious place in British maritime history. Wood from RMS Mauretania, once the most celebrated ship in the British merchant fleet, was used to improve the east terracing in 1935.

The Mauretania was the world’s biggest ship when launched in 1906 and held the Blue Riband for the fastest transatlantic crossing from 1909 to 1929. The great ship was being broken up at Rosyth Dockyard when The Pars salvaged some of her timber and laid it for Fifers to stand on. 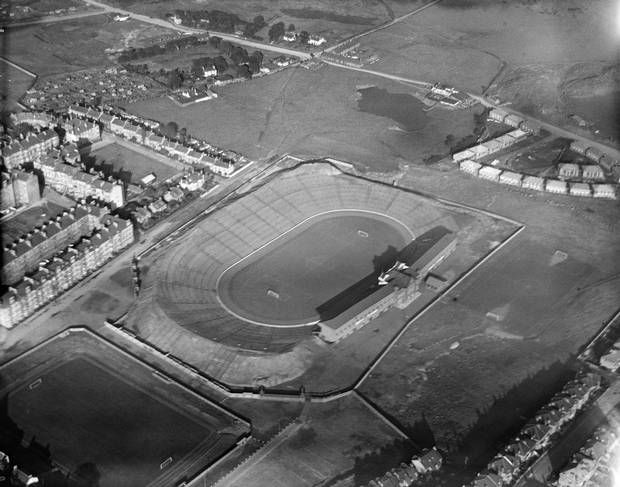 The Hampden Park of today, the stadium we’ve known since 1903, is the third Hampden. Queen’s Park FC were formed in 1867, before the concept of a club owning its own ground, or even playing regularly at any one ground, was thought of. QPFC played wherever they could find a green piece of land in Glasgow before settling at the first Hampden in 1873. It is now a lawn bowling club at the junction of Queen’s Drive and Cathcart Road.

With that ground threatened by the construction of a railway line, they moved to the second Hampden in 1884. This would go on to become Cathkin Park, home of Third Lanark. But Queen’s, the dominant force in Scottish football at the time, outgrew this too. When the land owners refused permission for further development the club again sought a new home.

In November 1899 a site at Somerville Drive, a few hundred yards south, was purchased and construction of a giant began. It took four years to build, to a design by the famous Archibald Leitch.

The first Ibrox disaster, in 1902, resulted in a change to the construction work. The problem at Ibrox had been a collapse of wooden terracing held up by scaffolding.

To avoid a repetition, the terraces at Hampden were set in earthwork, with Leitch’s invention of surge barriers installed to keep the sways of the crowd in check.

In 1903 the wonder of the age, the largest football stadium anywhere in the world, was unveiled. Hampden would retain that title until 1950.

The current Aberdeen Football Club is the result of a 1903 three-way amalgamation of the original Aberdeen FC and clubs called Victoria United and Orion. Pittodrie had been home to the old Aberdeen FC. They were founded in 1881 and had played at various venues around the city until 1899, when Pittodrie became their permanent home.

The land had been an army shooting range and, legend has it, a dung hill for the horses of Aberdeen’s police force, but was cleared and a pitch laid. The area was also, reputedly, once named Gallows Marsh and had been the city’s venue for public executions.

However, one of the great stadiums of Scottish football grew on the shores of the North Sea. In 1908 it was the last senior ground in Britain to cease giving free admission to women.

The main stand was built in 1925, along with the impressive granite gates at the Merkland Road End. By 1978 all three terraces were roofed and Pittodrie became the UK’s first all-seater stadium.

But while it holds fantastic memories for the Red Army of Dons supporters, time marches on and requirements change. It may soon be consigned to history as the club are close to a move to a new stadium.

Pittodrie holds a unique place in the history of football grounds. It was the first in the world to have dugouts. They were the invention of original-thinker Donald Colman, Aberdeen FC captain and later coach. Colman was a genius. He was interested in dancing and applied his knowledge of the way the human body moves to football. He paid great attention to the use of space and the footwork of his players to get into and create room for themselves.

To better observe what was happening on the pitch, Colman required to be close to it. In the days before substitutes, fourth officials and pitchside TV reporters, most managers and coaches sat in the grandstands and observed their teams from there. Requiring a place out of the rain to take his meticulous notes, Colman had dugouts created in the early 1930s. Everton visited for a friendly, liked the idea, copied it – and soon every club had dugouts.