We have compiled a list of the best football analytics books for the casual football fan. Football analytics and data science/machine learning in general has become an essential part of every top club. To ensure that you are not left out of the discussion,start reading up!

Football Hackers: The Science and Art of a Data Revolution

Football’s data revolution has only just begun. The arrival of advanced metrics and detailed analysis is already reshaping the modern game. We can now fully assess player performance, analyse the role of luck and measure what really leads to victory. There is no turning back.

Now the race is on between football’s wealthiest clubs and a group of outsiders, nerds and rule-breakers, who are turning the game on its head with their staggering innovations. Winning is no longer just about what happens out on the pitch, it’s now a battle taking place in boardrooms and on screens across international borders with the world’s brightest minds driving for an edge over their fiercest rivals.

Christoph Biermann has moved in the midst of these disruptive upheavals, talking to scientists, coaches, managers, scouts and psychologists in the world’s major clubs, traveling across Europe and the US and revealing the hidden – and often jaw-dropping – truths behind the beautiful game

The Numbers Game: Why Everything You Know About Soccer Is Wrong

Moneyball meets Freakonomics in this myth-busting guide to understanding—and winning—the most popular sport on the planet.

Innovation is coming to soccer, and at the center of it all are the numbers—a way of thinking about the game that ignores the obvious in favor of how things actually are. In The Numbers Game, Chris Anderson, a former professional goalkeeper turned soccer statistics guru, teams up with behavioral analyst David Sally to uncover the numbers that really matter when it comes to predicting a winner. Investigating basic but profound questions—How valuable are corners? Which goal matters most? Is possession really nine-tenths of the law? How should a player’s value be judged?—they deliver an incisive, revolutionary new way of watching and understanding soccer. 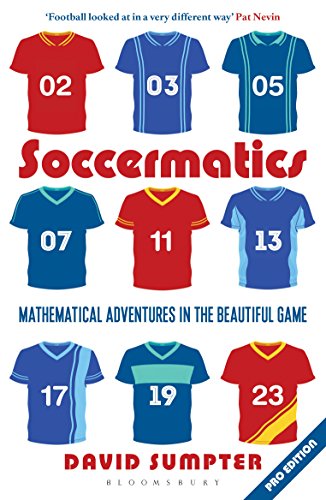 Football – the most mathematical of sports. From shot statistics and league tables to the geometry of passing and managerial strategy, the modern game is filled with numbers, patterns and shapes. How do we make sense of them? The answer lies in the mathematical models applied in biology, physics and economics.

Soccermatics brings football and mathematics together in a mind-bending synthesis, using numbers to help reveal the inner workings of the beautiful game.

This new and expanded edition analyses the current big-name players and teams using mathematics, and meets the professionals working inside football who use numbers and statistics to boost performance.

Welcome to the world of mathematical modelling, expressed brilliantly by David Sumpter through the prism of football. No matter who you follow – from your local non-league side to the big boys of the Premiership, La Liga, the Bundesliga, Serie A or the MLS – you’ll be amazed at what mathematics has to teach us about the world’s favourite sport.

Soccernomics: Why England Loses; Why Germany, Spain, and France Win; and Why One Day Japan, Iraq, and the United States Will Become Kings of the World’s Most Popular Sport

Written with an economist’s brain and a soccer writer’s skill, Soccernomics applies high-powered analytical tools to everyday soccer topics, looking at data and revealing counterintuitive truths about the world’s most beloved game. It all adds up to a revolutionary new approach that has helped change the way the game is played.
Buy this book at Amazon.com(US) or Amazon.co.uk

Data Analytics in Football provides students, researchers and coaches with a firm grounding in the principles of modern performance analysis. It offers an insight into the use of positional data, exploring how it can be collected, modeled, analysed and interpreted. Introducing cutting-edge methods, the book challenges long-held assumptions and encourages a new way of thinking about football analysis.

The Expected Goals Philosophy: A Game-Changing Way of Analysing Football 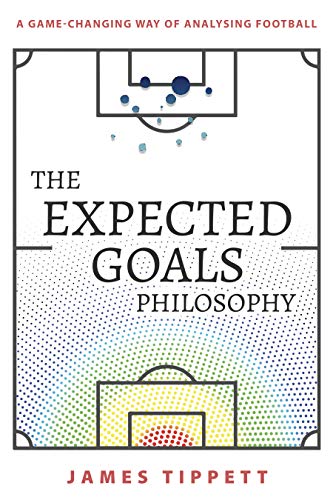 The Expected Goals method is football’s best kept secret. The metric gives unparalleled insight into which teams and players are performing at the highest level.

Despite this, most ordinary fans still don’t understand what the Expected Goals method is – or appreciate the significant impact that it is set to have on the sport in coming years.

Expected Goals (otherwise known as xG) was originally conjured up by a small corner of the online football analytics community. It didn’t take long for professional gamblers to begin using xG to predict match outcomes. These bettors utilised the Expected Goals method to turn over hundreds of millions of pounds from the bookmakers.

Before long, football clubs had caught on to the ground-breaking insight given by xG. Brentford FC were leaders in this field, managing to assemble a Play-Off-reaching squad on a shoe-string budget. In the last five years, the small West London side have turned over more than £100m in transfer profit from their use of the Expected Goals method in player recruitment.

More recently, the Expected Goals method has been adopted by the media as a form of insight. Fans are finally catching on to the pioneering means of football analysis. Soon enough, anyone who doesn’t understand the Expected Goals philosophy will be left behind.

Outside the Box: A Statistical Journey through the History of Football 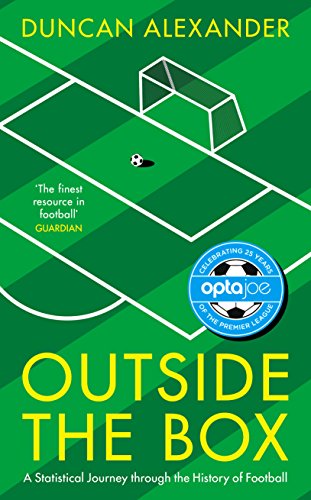 In football, numbers are everywhere. From touches in the opposition box to expected goals, clear-cut chances to win-loss ratios.

In the modern game, these numbers help provide the narrative, the drama, and the conversation. They are scrutinised in order to justify results and to predict future outcomes. They even dictate transfer policy and drive clubs to achieve the impossible.

But when did the numbers become so important and what do they mean?

In Outside the Box, Duncan Alexander looks back at twenty-five years of the Premier League and beyond, uncovering the hidden truths and accepted myths that surround the game. Using the archives of OptaJoe and never-before-seen data, we discover why Liverpool have gone 27 years without winning a league title and why Lionel Messi is the best player in the game’s history. Or is he?

Insightful, wry, and hugely entertaining, Outside the Box is an enlightening and accessible account of football across the decades, analysing data from the some of the greatest seasons, players, teams and managers.