When any club hires Jose Mourinho, they do it to win trophies. Daniel Levy had the same expectation when he appointed the Special One as Mauricio Pochettino’s successor last year. One year has gone by, and while Mourinho is yet to deliver any silverware, he is showing all the right signs. Tottenham are in the top four and are looking like title challengers while the Europa League might offer them an enticing route to the much-craved trophy fans have been waiting for.

Daniel Levy broke the bank this summer, spending £64.4 million on new arrivals and negotiating a couple of shrewd loan deals. As a result, Spurs have depth in attack and midfield and retain solidity at the back. But what is even more interesting is the return of Jose Mourinho to the top. He is back in the limelight, and his tactical genius is being recognised once more.

In recent years, Mourinho has faded away from prominence. His tenure at Manchester United was marred with controversy, and even though he won the League Cup and the Europa League, he could not keep his job. The media labelled his approach to football as outdated; his detailed, structured tactics were seen as inferior to the high-pressing, high-octane football of Liverpool and Bayern Munich. But since lockdown, the Special One has been proving everyone wrong.

After experimenting with the 4-3-3 early on, Mourinho has settled on his old favourite, the 4-2-3-1 formation. In this system, he employs a mid-block constituting 5 players, the centre-backs, one of the full-backs and one of the holding midfielders. The other midfielder acts the go-between for attack and defence, and is the main man when it comes to initiating swift counter-attacks. The central attacking midfielder has an oblique role, to draw away defenders and create space for the main attacking lynchpin, Harry Kane. The club captain tries to push forward himself, or finds one of three players, an overlapping full-back, Heung-Min Son running inside or Lucas Moura running down the flanks. Even during counter-attacks, Tottenham maintain shape at the back, with the midfielders always ready to run back and close down the space between the lines. For such a defensive team, Spurs do play a relatively high line and use that fact to employ an offside trap. To counter the press, Mourinho has set up a high-tempo game, which is the reason for Spurs’ low passing accuracy and high possession.

In terms of personnel, Spurs have relied on Harry Kane and Heung-Min Son for the goals. The two players have scored 15 goals and provided 10 assists this season. Wingers Lucas Moura and Steven Bergwijn have failed to impress, while Gareth Bale’s return is yet to take off. But new full-backs Sergio Reguilon and Matt Doherty have been very impressive. Pierre-Emile Hojberg has been Spurs’ dark horse, dictating play in midfield, both as part of the block and as a creative outlet. He has played in all but three of Spurs’ fixtures this season, and has recorded a passing accuracy of 88% while also picking up an assist.

Tottenham have lost just twice all season, recording 1-0 defeats to Everton and Antwerp. The north London club started the season with plenty of goals but recently, have settled into a rhythm of grinding out victories. The tried and tested Mourinho special of score and park the bus, seems to be working. The Spurs defence has rejuvenated itself after throwing away a 3-goal advantage at home to West Ham, and has conceded just thrice in 6 games since. Eric Dier’s conversion into a centre-back is looking like a thought-out move, and Toby Alderweireld is slowly finding form.

There are issues left to be ironed out, of course. The general fitness level of the squad is very low. The fitness of midfielders Tanguy Ndombele and Giovanni Lo Celso has been publicly questioned by Mourinho, while Gareth Bale, Steven Bergwijn and Dele Alli seem to have very low match sharpness. They look sluggish on the ball, and their ability to sprint has been severely limited by lack of regular playing time.

Jose Mourinho has to juggle these fitness problems with the issues associated with a large squad. Man-management has never been his strong suit, and the fitness problems can only be overcome by motivating his players. But from a tactical viewpoint, Tottenham have formed a new identity, which is indistinguishable from Mauricio Pochettino’s attacking legacy. With this system, Mourinho can lead Tottenham to Premier League glory in a season where the traditional challengers are looking uninspired. 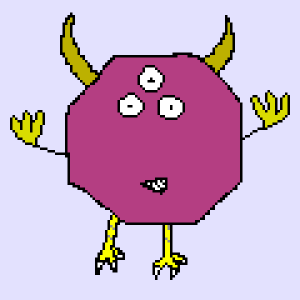