In this analysis, we will be looking at the tactics of Ole Gunnar Solskjær and Thomas Tuchel in PSG and Man United’s most recent Champions League clash. Man Utd eventually won the game by 2-1. This tactical analysis will look at the tactics of both teams on and off the ball and what worked and did not work for both sides.

PSG lined up in a 4-3-3 formation with Danilo Pereira as the holding midfielder, Kylian Mbappé as the center-forward, Neymar, and Ángel Di Maria as the wingers, Layvin Kurzawa and Alessandro Florenzi as the fullbacks. During the attacking phase, both the fullbacks would go forward as we will see in this tactical analysis.

Manchester United, on the other hand, changed their system and shifted to a 5-2-3/5-2-1-2 formation, which would change to 3-4-1-2 during the attacking phase. Solskjær used 3 center-backs for this match, Axel Tuanzebe as the right center-back, Luke Shaw as the left center-back, and Victor Lindelöf as the center-back. Aaron Wan-Bissaka started as the right wingback and debutant Alex Telles as the left wingback.

In this section, we will be analyzing Man Utd’s diamond in the midfield to cutoff the central passing lanes and will be looking into PSG’s build-up from the back. During the build-up phase, the two center-backs would split, their fullbacks pushed high and they adjusted their shape by moving Ander Herrera and Idrissa Gueye into the false-fullback positions while the ball-sided winger dropped deep to occupy the nearest central midfielder. In the image below, we see an example of this. To counter this, Man Utd formed a diamond in the midfield to cutoff the central passing lanes, and this forced PSG’s center-backs to go to the wider areas, as highlighted in the image below, here, Presnel Kimpembe is forced to pass the ball to his fullbacks as his immediate passing options are blocked. In addition to this, Man Utd used their wingbacks to put pressure on PSG’s fullbacks, and this tactic forced the ball sided winger to drop deep.

We see an example of this in the image below, here due to Man Utd’s diamond in the central area, PSG’s center-back is forced to play the ball to his fullback, as Telles is pressing Florenzi, the ball sided winger, Di Maria would drop deep and PSG used quick short passes to build up from the back.

In this game, PSG had 61% of ball possession as Man Utd were happy to relinquish possession and defended deep in a 5-2-3 formation. During the offensive phase, Neymar played as a roaming number ten and operated between the lines. The fullbacks pushed high, On the left flank, Mbappe would shift to the wide-area, Kurzawa would then look to exploit the half-space and Neymar would often move into the half-space area allowing PSG to create overloads, thereby creating a 3v3 or 3v2 situation on the left flank.

In the image below, we see an example of this, here, Man Utd are defending in a 5-2-3 formation, Mbappe stayed wide, and that created space for Kurzawa to either make the run into the half-space or to play a lofted through ball to Moise Kean. In addition to this, 47% of PSG’s total attacks came from the left side, On the left flank, Mbappe, Kurzawa, and Neymar would combine to create an overload. As mentioned above, Neymar would often move to the left half-space, to counter this, one of Man Utd’s central midfielder or Rashford would move to the left flank to create a 3 v3 situation. The images below, highlight this situation. For a significant amount of time, Man Utd defended deep in a 5-2-3/5-2-1-2 formation, the idea was to relinquish possession in order to create better goal-scoring opportunities, this is evident from their ball possession statistics, Man Utd had only 39% of possession but had 14 shots and out of those 14 shots, 6 were on target and had shots accuracy of  42.9%. These numbers indicate that Man Utd created a lot of goal scoring opportunities.

PSG kept a high line and during the offensive phase of PSG, both the fullbacks were up, Man Utd tried to exploit the gaps created by the fullbacks. Also, Neymar in this game completed a total of 4 dribbles but lost many duels especially with Fred in the midfield, triggering the counter-attacks, and often leaving PSG’s center- backs in a 3v2 or 3v3 situation with the front three of Man Utd.

The images below, highlight this style of play from Man Utd. Here, Fred would win the ball in the midfield and immediately sets up either Bruno or Rashford who then starts the counter-attack. In addition to this, the lack of defensive duties from PSG’s wingers allowed Man Utd to create more goal-scoring opportunities. The image below highlights this situation, Here Bruno has 4 different options, and has a lot of time to either play the pass or to shoot. After Pogba’s introduction in the second half, Solskjær was audacious enough to change his tactics, he shifted to a 4-4-2 diamond, with Bruno at the tip of the diamond, not only this diamond provided Man Utd counter-attacking opportunities but also ensured defensive stability. the image below highlights this pattern of play.

Manchester United start their champions league campaign with a 2-1 win over last year’s champions league finalist. This was a brilliant tactical performance from Ole Gunnar Solskjær, he was brave enough to change his system to a back-3 and then to a 4-4-2 diamond. Although PSG equalized in the second half, they looked a shadow of a side they were a few months ago. It would be interesting to see how these two teams would line up against Leipzig. 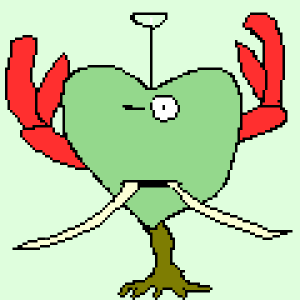