A look at Carlo Ancelotti’s formation & tactics at Everton

Carlo Ancelotti returned to Premier League after nine years in what was a major coup for Everton. The Champions League winning manager has previous Premier League experience and his reputation will allow Everton to attract better players in the transfer market. Everton’s performance this season was quite poor before the arrival of Carletto. Winning only 5 games from 18 games played, with 9 losses. After the arrival of Carletto, Everton’s performance improved considerably, winning 5 games out of 11 and with only 3 losses. One of the problems Ancelotti’s 4-4-2 formation is the space Everton leave between the lines. One of the reasons for this might be because the players are still not entirely comfortable with the formation and are unsure when to break the lines and when not to.

While defending, the 4-4-2 formation becomes quite compact limiting the space available. The team as an entirety shift as a unit towards the area of play. Ancelotti uses his fullbacks in the flanks, the wide midfielders tuck in but provide help on the flanks. The forward duo Richarlison and Dominic Calvert Lewin (DCL) have performed exceptionally under Ancelotti.

Let’s take a look at how Everton lined up when they played against Watford. The target men are the forward duo. At times Richarlison hangs back to receive the ball and acts as a playmaker. DCL is good with headers and covering the ball from opponents and attracting fouls, under Ancelotti he scored 8 goals in 11 games.

In the midfield, Iwobi tucked in to create a triangle in midfield. The fullbacks are used to press the wide opposition players. Whenever the fullbacks step out the midfielders take their position in this case, Delph and Sigurdsson. Delph was used as a defensive midfielder against Watford. Sigurdsson is usually given free will to press high or stay back and defend.

The first goal was scored at 10’ by Watford’s fullback Masina. Stuck in transition from one flank to the other cost Everton the goal. As can be seen here. From the right-wing the ball was passed to Deulofeu. Look at the space Masina has in front of him. He takes the run and Deulofeu passes to him inside the box and bam GOAL. Either Walcott should have noticed the run or Sigurdsson should have fallen back faster. Either way, Everton gets stuck in the transition.

The second goal shows that the Toffees spread while attacking. Lucas Digne can be seen moving back to provide width and be an available passing option as the ball can be seen going to the centrebacks but Troy Deeney intercepted the ball and as Digne was marking Pereyra, he took the run and scored the goal.

The same can also be seen in the match against Manchester United at Goodison Park. Pickford played out from the back. But due to high pressing by Man Utd, one erroneous pass and Man Utd counter attacked. As the players had spread, Bruno Fernandes gets a lot of space before him to take the shot and he scored the goal.

Nonetheless, Everton is continuing its good form and has maintained its home record under Carletto (no home game lost under Ancelotti). But the team often gets stuck in the transition and this has cost them games which could have been won easily. Recently the Toffees have faced a 4-0 demolition by Chelsea, most probably due to the same reasons. 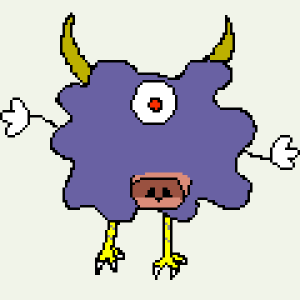