Gareth Southgate sent his team out in a 3-4-2-1 formation which became one of the most used formations during last year in the big European leagues. After the top two teams in the Premier League gained success with this formation, it wasn’t surprising to see Southgate giving it a try in the national team. England struggle to play out from the back

From the start of the game England persisted with trying to build  from their goalkeeper near their own goal. They faced a lot of problems executing this plan. The main problem was the positioning of the two central midfielders in regard to the center backs. By not positioning themselves in the half spaces they couldn’t create good connections and passing lanes with the back line. When Heaton wanted to restart the game, Dier and Ox faced their own goals; this body position didn’t help them at all to get away from the French pressure. Bear in mind that Heaton, Jones and Cahill are not known for their passing ability or technique. Naturally under pressure they were not able to carry out this game plan.

Seeing this opportunity, France started to press high when Heaton had the ball, to force him to play long and risky passes; two forwards, two wingers and one of the central midfielders would push high to mark England’s defenders and the two number 6’s. England tried hard to pass the ball out of their defensive third, after exchanging some horizontal passes among themselves; it usually ended with Heaton hitting a hopeful long ball for Harry Kane. England wingbacks had to come deep to help the ball circulation hence isolating their front three.

Their focus in attack was to get the ball in promising positions to Sterling and Dele so that they could use their pace and ability to create dangerous situations. But because of their bad positional structure in possession, the few times the Three Lions managed to enter the attacking third was only through moments of individual skill of Raheem Sterling. Dropping deep to receive the ball or after getting it by a long pass, Sterling needed to dribble past 1 or 2 players to create some space for his team mates and for himself to be able to get into France’s penalty box.

Getting frustrated, England tried to press and counterpress higher up the field to find an easier route to Lloris’s goal. The 1st goal came courtesy of Dier intercepting Lemar’s pass in France’s half. With both Sidibe and Mendy caught high up the pitch, Sterling received a cross field pass in the space between Varane and Sidibe from Dele, and then fed Bertrand with a gorgeous back heel pass. Kane managed to free himself from Umtiti to get to the end of a low cross from Bertrand and open the score. With France cutting out all the available passing options for England defenders, there were several instances where under pressure they presented France with great chances to score. In the 1st half Stones nearly gifted a goal to them as Dembele stole the ball from him inside their box. In the 2nd half after Varane saw red for tripping Dele from behind inside the penalty area; France dropped back and pressed in a middle block to avoid giving away too much space. Even then Kante managed to steal the ball from Ox on the edge of the England box, ending in Mbappe hitting the post and a missed chance for Lemar. Ox continued his awful performance with more poor touches and passes which led to other opportunities for Les Bleus.

Strengths and weaknesses of 4-2-2-2 for France

This is a formation used by Ligue 1 champions, Monaco. Starting with 4 Monaco players in the lineup, Deschamps opted for this system. This may be the formation than can get the best out of the biggest talents at his disposal. France have a generation composed of so many talented young players who can go and dominate the next 4-5 International tournaments. 4-2-2-2 can set the platform for his wingers, forwards and the attacking fulbacks in his squad to shine.

Like what we have seen in Monaco and RB Leipzig’s games this season, this formation causes the most problems for the opponents by positioning the two wingers in the halfspaces and between the opponent’s defensive and midfield lines. In the forward line, Giroud is a really useful weapon for his team. Playing as a true target man, he can act as a focal point in their attacks, winning aerial duels, knocking down long balls for his team mates and link with others with more pace around him. His header from Lemar’s excellent delivery proved vital leading Heaton to palm it straight in Umtiti’s path to level the score. Giroud central presence enables Mbappe to run the channels and create overloads on the wings and halfspaces. With Sidibe and Mendy (later Digne) on top form and providing the width for the team, Dembele and Lemar were able to tuck inside and roam in between the lines of England.

The movement of France’s attacking four left England players with continuous choices between who to mark and what space to occupy. By pulling England defenders out of their positions with their speed and creativity, especially because Dier and Ox didn’t provide a good shield for their defense, France managed to create a lot of good goal scoring chances. When out of possession, Pogba and Kante tried to mark England’s number 10’s, Dele and Sterling, and cut out the passing lanes to the halfspaces. Until the team remained compact both horizontally and vertically, Pogba and Kante could mark Dele and Sterling easily. But at times during transitions or when there was space available for Dier or Ox to come forward, Pogba and Kante were left with a decision either to press the ball carrier or mark the number 10 in behind. They usually opted for the former. This is one of the weak spots in a 4-2-2-2. If they don’t stay compact the space in front of the two central midfielders and behind them is hard to defend.

England, playing two number 10’s, managed to get the ball in between the lines of France 6 or 7 times during this game but they managed to waste them with some sloppy first touches and poor decisions, especially from Dele. England’s midfield gets exposed even against 10 men

England’s biggest concern for next year’s world cup is in the midfield line. With Wilshere, the most talented English midfielder, suffering from a lack of form and Henderson injured, it leaves Southgate with very few liable options to play in central midfield. This was evident in the game against France. Ox and Dier were outclassed against Pogba and Kante. The duo managed to make a combined zero attempted tackles and 4 interceptions together. It seemed that they were not familiar with their roles, both of them leaving the central area to press in higher areas or near the sideline and leaving a huge gap in front of the defense. Giroud and Mbappe pinned the 3 centerbacks deep, Dembele came inside to the space behind Dier time and time again to create a lot of chances from the right halfspace. To counter this, Kane started marking the deeper number 6, usually Kante, to help the midfield. Later in the game Dele and Sterling were both instructed to drop back in line with the central midfielders and mark the respective halfspaces, forming a 5-4-1 out of possession

The 2nd and 3rd goals England conceded started from these undefended spaces. In the 42nd minute Dembele again received the ball in the space behind Dier. The runs of Lemar and Mbappe prevented one of the defenders to step out and tackle Dembele. He drove through the England defense, easily dribbled Stones and took a shot. Sidibe scored the rebound of another bad reaction from Heaton. Southgate introduced Lallana in the 76th minuted and changed to 4-2-3-1 formation. Two minutes later against a 10 men France, there was more confusion between England players about their defensive responsibilities. Smart and quick passing between Lemar and Pogba sent Mbappe free between Stones and Cahill. Monaco’s wonderkid spotted the sensational Dembele free on his side, and assisted Dembele’s first goal for France and the last goal of the night. France deserved to win this game as they created much higher quality chances than England. Dembele and Mbappe both had incredible games. They have to be careful to play at a club next season which doesn’t harm their chances for the World Cup by making them spend a lot of time on the bench. Late in the game Southgate changed the formation back to the 4-2-3-1 that he has used the most at the national team. With the team struggling to create chances and conceding a lot of chances, we have to wait and see if he continues with the 3-4-2-1 or leave it as an alternative in Russia. He has to address the problems in central midfield and hope that the return of Henderson can bring some discipline.

Deschamps has probably the most depth available in every position compared to other national teams. He has to find a solution or an alternate system, against top teams who can expose the weaknesses in this formation. 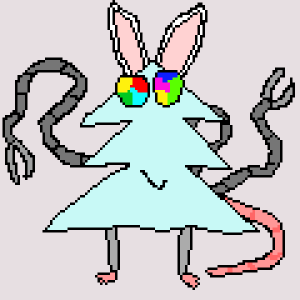