The US Men’s National Soccer team closed out the opening round of World Cup 2018 qualifying with a comprehensive and emphatic 4-0 victory of Trinidad & Tobago.  The visitors at times enjoyed a few extended spells of possession, but were unable to breakdown the US’ fairly compact defensive block.  With their place in the Hexagonal already confirmed, T&T looked content to defend and counter attack applying little pressure as the US rolled to a win.

The US lined up in a 4-4-2 with a diamond in the midfield.  With DeAndre Yedlin missing due to accumulation, Jurgen Klinsmann opted to slide Geoff Cameron from his Center back position to Right Back.  Steve Birnbaum and Omar Gonzales got the opportunity at Center back with Fabian Johnson at Left back. Michael Bradley made up the bottom of the midfield diamond with Alejandro Bedoya to the right.  After a strong performance as a substitute against St. Vincents and the Grenadines, Sasha Kljestan started as the Attacking midfielder, and 17 year old Christian Pulisic made his first international start at left wing.  Up top, Jozy Altidore was paired with Bobby Wood.

Trinidad and Tobago often dropped into a situational back 5 in an attempt to provide more security in their defensive lines.  The extra man in defense came at the expense of the midfield as a wide midfielder was typically the one to drop to provide support leaving just a 3 man midfield sitting in front of the defense. The reduced midfield often struggled to contain the US ball carriers.  The midfield in particular was unable to pressure the US allowing, Sasha Kljestan time to pick out passes and Pulisic space to skip past defenders.

Aside from their inability to press the US in possession T&T were noticeably not compact vertically.  The midfield 3 were fairly tight horizontally, but frequently left space between the lines of the midfield and defense. Jozy Altidore was able to drop into the gaps giving the US numerical advantage in the middle of the field and overloads in the wide areas.  The unstable defensive block wasn’t compact enough to effectively deal with the fast interplay between Kljestan, Pulisic, and Altidore as well as Fabian Johnson when he got forward.  The issues with T&T’s stretched defense were evident in the second half when Altidore was able to create opportunities for himself from between the lines and Pulisic was able to get numerous low crosses between the keeper and the defense.  Despite T&T’s defensive issues they were able to generate a few opportunities for themselves, and narrowly missed a few chances to counter.

Change of Approach for the US Defensively

Throughout most of the match the US was able to maintain a fairly stable defensive block.  However there were occasions where they suffered compactness issues similar to the ones we’ve seen from T&T. The US showed early signs of a shift in defensive strategy from man-marking to zonal marking.  In recent years, the US has played a reactive man-marking defensive scheme that resulted in the opposition dictating the flow of a match.  They have been relatively easy to pull out of their shape particularly by teams with a qualitative advantage.  This has resulted in the team shape being stretched both vertically and horizontally opening up passing lanes and allowing the opposition to play between the lines.  By switching to zonal marking,defensive players remained in their shape and only marked closely on men that entered into their immediate zones.  As a result the US was able to stay relatively compact and cohesive.  There were a few instances where the shape and compactness broke down but the team was fortunate that T&T either didn’t recognize the gaps or were unable to exploit them.

The US’ Transition to Attack

In addition to controlling the space defensively, the compact defensive block meant that the US was able to transition to attack quicker when they won the ball back, as players fairly had a decent idea where their teammates were due to the stable team shape.  In transition to attack, the US took two approaches with one being more effective than the other.

The risky nature of these aerial vertical passes meant T&T was able to win the second balls and launch counter attacks in the gaps left by the team shape in midfield.  Fortunately for the US they weren’t able to create serious chances off of these turnovers.  However, similar mistakes against a team with more creative attacking players will likely be punished.

The US’ Offensive Shape and Buildup play

When counters failed, the US was able to maintain possession by circulating the ball through midfield.  This offensive phase of the US’s game is an area that still needs work, and could benefit from more structural stability.  US attacking players often have the freedom to “Express themselves” offensively, but the result at times has been a disconnected midfield and players occupying neutral spaces. In the first half there were times where this positional freedom saw multiple attacking players within T&T’s defensive line, but midfield support sitting 20-30 yards behind.  This large gap in the middle of the shape forced the US to circulate the ball in a passive U shape. The second half featured better offensive shape from the US and all 3 second half goals were a result.  Kljestan didn’t push as deep into the forward line occupying the gap that was present in the first half.  In situations where Kljestan did push forward Jozy Altidore dropped into the midfield.  This staggered shape opened more aggressive passing lanes and allowed the US to penetrate.

The US was relatively passive in the initial buildup stages of possession.  Steve Birnbaum and Omar Gonzales were afforded plenty of time and space to advance the ball from the back as T&T offered no pressure.  The only pressure T&T applied on the back 4 was when the ball moved to one of the full backs in an attempt to force the us to play through the more congested middle.  The US favored the right flank one the initial T&T pressure was broken.  As T&T slid their defensive block into the wing the US would switch the play to the left through Pulisic and the numerical advantages he created with Wood, Johnson, and Altidore.

Overall the US continued the tactical improvements we saw during this summer’s Copa America with a well-deserved win.  With a date with Mexico on the horizon to open the Hexagonal round of World Cup Qualifying the US will need to be sure to tighten up the transitional passes that left them vulnerable against Trinidad and Tobago 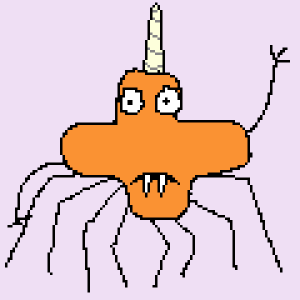