In this new series called The Perfect Defensive System,we invite you the reader to contribute posts on what you think is the best defensive system. This defensive system doesn’t need to be something which has already been implemented,it can be something from you imagination or from your tactics in Football Manager. So if you think you are better than Jose Mourinho at parking the bus,then send in your contributions to thefalse9@gmail.com.

Over a few months now, I have looked to develop my own style of play for the future game: one which is dynamic and fluid. In his book, ‘Teambuilding- the road to success’, Michels states that “you need to first control the opposition if you want to play and attacking style of football”. With my ideas on the future game being based around positional fluidity and rotation, an attacking style of football, I babe first needed to develop a defensive strategy. Here it is, if you have any queries, or have found any loopholes in the system, please let me be known by writing in the comments.

The strategy I look to play will implement to combine two contrasting systems: Totalfootball’s high pressure and Germany’s Geggenpress, (the counter press). To begin, here is what the side’s ‘base’ formation will look like: Lib= Libero
Rwb= Right wing back
Lwb= Left wing back
If= Inside Forwards.

As you can see, the right wing back and right Libero have tilted slightly to suffocate the opposition. The box is the space we won’t the opposition to move into, the tilt contributes to this happening. Once this has happened, we press and win the ball back in the middle third, and look to counter attack.

I will now show how the system covers all defensive principles of play.

The defensive principles of play:

– The press or delay is covered by the high pressure to win the ball back followed by the medium press to delay, allowing the team to get into the Geggenpress formation.
– The support comes from the effective pressing; by pressing aggressively and as a team, then the support will always be there.
– The balance comes from the 3+1 base whilst in possession. When attacking, the 3 liberos and one CDM will sit back to provide balance to the team. This is similar to what Marcelo Bielsa does.
– The compactness comes from the Geggenpress formation; a five at the back and 3 midfielders close together will keep the pitch compact, but with enough room to allow the opposition to move into the part of the middle third we want them to so we can win the ball back
– The discipline comes from the press, when and how to press (triggers) and also the tilt; when to tilt.

Like I said at the beginning of the article, I would appreciate it if you’d leave a comment with any feedback, positive or constructive, to help me to improve this defensive strategy. 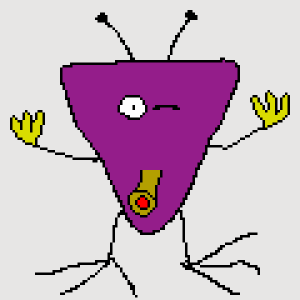