Jurgen Klopp has made it quite clear how he likes to approach teams in possession, and that won’t change. What did however need to change, as was glaringly evident after the defeat to Burnley, was how his team use the ball against an opponent that has no interest in keeping possession. In that respect, Leicester provided a fitting challenge. Its fair to say that Leicester’s style of play has been found out, which of course isn’t to say that they won’t be successful in pursuing it. However an emphatic 4-1 scoreline at Anfield, serves as a case in point that Leicester are lacking compared to last season.

Liverpool were desperately poor in breaking down Burnley a few weeks ago. There’s no getting away from that. The only thing that is mildly worth praising is the efficiency which the Reds displayed in winning the ball back. When Klopp’s team loose the ball, especially in the opponents half, the passing lanes of the player in possession are first and foremost cut out, after which the player is closed down by 2-3 players. This way, if the Reds manage to regain possession, there will be a herd of fellow red-shirts providing options to start immediately moving the ball again. The deeper this type of press is deployed into the opponents half, the better, but also the more riskier. If the player being closed down is able to find his way past the ‘first-press,’ the Reds’ midfield can be played through with a single pass.

Say Firmino, Lallana and Wijnaldum go to press Danny Drinkwater who is 40 yards from his own goal and facing his keeper. If the three manage to dispossess  Drinkwater, A) they will find themselves a short pass away from being in an area where they can realistically score from, and B) they might find an immediate option beyond them in Sturridge or Mane. In such a scenario, Sturridge would ideally find himself receiving a pass in a so called ‘half-space’ between the winger and central midfielder, or between a centre-half and full-back. In either case the front-man, Sturridge in this case, shouldn’t be stationed directly in-front of the two centre-halves.

Despite Daniel Sturridge starting up-front in a 4-2-3-1 shape, which at times looked like a 4-1-4-1 or even a 4-1-5, at no point was he the out-ball. Unlike Benteke last season, Sturridge will often find himself in the inside-right channel, cutting in onto his left foot. For Firmino’s first goal, Sturridge makes a diagonal run, technically ‘into’ the Brazilian’s position who in turn cuts into the central space that Sturridge has vacated. This fluid interchanging of the front 4 – or even a front 5 with Wijnaldum joining in to take up spaces similar to where a traditional number 10 would get on the ball – makes man-marking a nightmare. The only way defending teams will have success against this Klopp side in-the-making, is by defending the space. However doing so, is not made easy by a side who are as mobile as Liverpool are. There are definite parallels to be, if not drawn at least hinted at, between Klopp and his counterpart at the Etihad. As Sean Rodgers recently noted on the Anfield Wrap, ‘two managers who have spent time in Germany are playing the same way in England, I don’t know whether Klopp has been having too many conversations with Guardiola before he came over…’.

Before making grandiose statements comparing the two managers, which I will avoid doing regardless, it’s vital to remember the following caveat: Manchester City arguably don’t have a player in their starting XI who wouldn’t get into Liverpool’s XI. There is an inherent difference in quality when it comes to individuals. Then again, many thought – and rightly so – that Dortmund would edge the clash with the Reds last season because of that particularity. Turns out they didn’t. Klopp’s mantra since day one at his current and previous club(s), has been/is to facilitate conditions in which a side synthesise into something greater than the sum of their parts.

Both Guardiola and Klopp employ players of a similar skill set, out of their traditional positions, but nonetheless in areas of the pitch where those said qualities are vital. Klopp’s hand might have been forced to play Lucas as a centre-half against Leicester, but despite the howler that led to Vardy’s goal, it was a bit of a blessing in disguise. Lucas is an experienced reader of the game, with a range of passing that at the very least matches that of Joel Matip’s. I can’t help but liken his performance on Saturday to how Guardiola deployed Mascherano at Barcelona. The Brazilian former team mate of Mascherano, tallied the most passes against Leicester and was involved in two of the four goals against Ranieri’s men. It wouldn’t be a surprise to see Lucas start at centre-half more often this season.

Guardiola’s use of full-backs effectively as central midfielders is something Klopp doesn’t do, at least when Liverpool are playing from the back. However, especially in the second half against Leicester, it’s notable how Clyne and Milner position themselves, in an attacking sense, in relation to one-another. That is to say if Milner is hugging the touchline as he often does, and the Reds are in the final third, Clyne will take up an ‘inside-forward’ position. Once again occupying the half-space, similar to where Sagna would find himself for City. This is all part of attacking small and  narrow spaces in central areas. Which of course leaves you vulnerable to a counter-attack, as Xabi Alonso pointed out to Jamie Carragher in a recent Sky Sports interview where the former compared Guardiola’s and Jose Mourinho’s tactics. Just before Adam Lallana scores Liverpool’s 3rd, Sturridge has a chance to do so himself but Schmeichel saves his effort. As a result of this narrow attacking shape, Clyne is the one running onto the rebound.

Another distinct facet of Guardiola’s teams is the role of the defensive midfielder. Whether it be Busquets, Lahm or Fernandinho, that player always maintains reservations about going forward. Klopp has tasked Jordan Henderson with that role, at least in the absence of Emre Can, and Henderson seems to be growing into the assignment. His passing ability is up there with Fernandinho’s. Defensively Henderson put a real shift in against Leicester, but you can’t really see past Emre Can slotting into that role once he regains his fitness. Henderson can play further up the pitch – instead of Wijnaldum for example – whereas Can has only ever featured as an out-and-out defensive midfielder in the Red shirt.

Much of the punditry since Guardiola has come into the Premier League has focused on his use of full-backs and central midfielders. Likewise for Klopp, attention has been paid to his insistence on a high-press.

David Silva and Kevin De Bruyne have really excelled playing – or at least setting out to play – in slightly deeper central midfield roles for City. Both players are effectively ‘number 10s,’ as are Adam Lallana and Gini Wijnaldum for Liverpool. Despite their previous inclinations to at least start further up the field, and even close to the touchlines at times, Klopp, like Guardiola, has employed both players in central positions. Once again, crowding an already narrow space.

Is it a coincidence that two managers coming into the Premier League from the Bundesliga approach games similarly? Maybe. It also might be that the English game has become saturated to the extent where even foreign managers who come into the Premier League, feel they must adapt to that which has come before them, as opposed to sticking to the guns which have brought success elsewhere. That isn’t the case with Klopp. Getting rid of Benteke speaks volumes in terms of what brand of football the German wants his team to play. Mobility and unpredictability being at the core of that brand. As the season progresses. 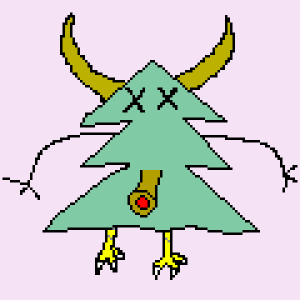 Views from beyond The Kop. Mainly about pace and spaces in-between the lines. Lifelong Liverpool fan.
All Posts