The transfer window is not called ‘silly season’ for no reason. It is a time of year when even the normally level-headed find themselves sifting through the maelstrom of idiocy that is Twitter, checking every online forum and scanning the pages of the few trusted newspaper reporters, desperate for a nugget of truth in the torrent of unsubstantiated rumour. In these times, self-proclaimed “In The Knows” flourish, their only real knowledge the fact that if you throw enough mud at a wall, some of it will stick, whilst 14-year-olds fresh from another winning season on their favourite management game pipe up that things would be alright if only their club had the vision and foresight to sign, you know, Messi. Meanwhile, a curious phenomenon occurs; a kind of murmured background groupthink which feeds off repetition until it becomes a cacophony of noise shouting an incontrovertible truth. Often, there is some small grain of reality to be found in ideas so expressed, but they all too soon become a distortion of themselves, whipped into a frenzy of rage by the modern football fan’s lust for instant gratification. One such example would be the unwavering belief that Olivier Giroud is an insult to the term ‘striker’, a superbly coiffured statue whose lack of goalscoring nous and technical ability are the sole reason Arsenal have not won the title since 2004; yet whilst it’s true that he is not the best striker in the world, he is in the top 5 in the league, comfortably. A whisper of truth, blown into a whirlwind of nonsense. It happens to every club, and in Liverpool’s case it is the rapidly-cementing idea that Jordan Henderson is hopelessly, infuriatingly, almost comically inept as a midfielder and that his time in the first-team – if not the club itself – is drawing to a close.

At first glance, it is not difficult to see how the seeds of this notion were planted. It has been a frustrating season for the club captain, who has struggled for form and fitness both for Liverpool and England. A quick glance at the statistics goes some way to reinforcing this view, with only two goals and three assists in the league, albeit from just 15 starts. More disappointing than any numbers, though, has been the way Henderson has often appeared ‘lost’ on the pitch this year, shying away from the physical challenges in which he used to excel and lacking the sense of conviction and drive which has been so evident in former seasons. Additionally, it is no secret that Liverpool are in pursuit of new blood in the centre of midfield. Serbian prospect Marko Grujic was signed over the January window, and all the reliable journalists have provided consistent links to Monchengladbach’s Mahmoud Dahoud and Udinese’s Piotr Zielinski – hardly a ringing endorsement of the midfield options currently available. Fans of the club have taken into account Henderson’s poor performances this year, added them to the search for signings in midfield and come to the conclusion that the club captain has fallen well down the pecking order. This sentiment has been backed up by the continuing rise in erstwhile villain Joe Allen, whose plucky contributions from the bench and stand-out performances at the European Championships have earned him plenty of admirers from a once hostile Anfield crowd. Could it be that the summer window will see Henderson moving away from Liverpool to continue his career elsewhere?

The answer, obviously, is of course not. There is a certain bitter irony in those cheerleading Joe Allen at Henderson’s expense, given the considerable ire Allen himself was subjected to during his own injury-ravaged beginning to life at Anfield. Lest we forget, a few short months into signing for the club, Allen dislocated his shoulder. Forced to continue playing due to a dearth of replacements and the pressure to justify his £15 million transfer fee, Allen’s form dropped sharply and he became the subject of criticism bordering on abuse from certain sections of the support. The adages  of “not physical enough” and “only passes backwards or sideways” became so ingrained in the collective consciousness that it is only now that people are finally beginning to sit up and take notice of Allen’s talent. Never mind the fact that by the end of the season Allen’s shoulder was so damaged that even a badly-timed high five could knock it out of joint, and he needed surgery; the hive mind had spoken, and the verdict had been passed down. So it is with Henderson. At the beginning of the last season, it came to light that Henderson was suffering from a chronic heel problem that was causing him immense pain every time he planted his foot. With the injury widely (and somewhat erroneously) described as incurable, the captain was eager to show that he could continue to play despite having to manage the pain through a combination of different measures, including taping his foot and painkilling injections. The efficacy of these measures can be debated, but it is certain that it took Henderson a while to get back up to fitness following his long lay-off. The growing sense of frustration was exacerbated by a fractured bone in his right foot, and his return to the first team towards the end of the season was once again cut short, this time by a knee injury. You might imagine that, given the nature of Allen’s return to favour, there might be a bit more understanding for the travails of the club captain – but apparently not.

And what short memories some people have. After all, in the two seasons prior to last, Henderson has a claim to have been the best all-round central midfielder in the league. Widely recognised as one of the main reasons behind Liverpool’s push for the title in the 2013-2014 season, his tireless running enabled Gerrard to work in a large amount of space and rack up an incredible number of assists for his final full season in the league. Henderson himself managed a respectable seven, and it is worth noting that the wheels fell off the title challenge in the three games that the young Englishman was suspended. Although that season ultimately ended in heartbreak, Henderson went on to improve the following year, bagging six goals and a highly impressive nine assists in a Liverpool side which was, to put it kindly, falling apart. Of course, there are midfielders who have posted better offensive numbers over those two seasons, but few of them are able to match Henderson for all round performance in both defence and attack, consistently, over the two years. Furthermore, his displays in the 2014-2015 season belied the common misconception that his best work comes in a midfield three (more on which later), as for most of that year he was in a two player pairing with one of Gerrard, Lucas or Allen – none of whom, at the time, renowned for their mobility or physical presence.

Even Henderson’s detractors would admit that he has an incredible ‘engine’, but few would pay tribute to his defter touches or the quality of his passing. To anyone who is of a like mind, I would urge them to look at a video of his goals and assists; by no means a useful measure of all of a player’s ability, but nonetheless sufficient to dispel some of the more prevalent falsehoods around Henderson’s innate technical skill. Similarly, those who have misgivings about Henderson and Can as a midfield two ought to look more closely at the way a Jurgen Klopp midfield is set up. Whilst his preferred formation is a 4-2-3-1, the central paring are not necessarily in the archetypal ‘destroyer and playmaker’ roles, à la Mascherano and Alonso. Rather, the deeper of the two is tasked with not only protecting the back four and breaking up play, but also bringing the ball forward and launching attacks. Meanwhile the role of the ‘8’ is to shuttle the ball between midfield and attack, playing quick through-balls where needed and with an inexhaustible supply of energy to enable them to press high up the pitch as well as drop back when necessary. In short, a player exactly like Jordan Henderson.

Whilst there may still be some question marks over Henderson’s fitness, there were encouraging signs in his recent performance for England against Slovakia. Comfortably in control of the middle of the park (including an excellent shackling job on flavour of the month, Marek Hamsik) he also managed to create all of England’s best chances, and looked, along with Nathaniel Clyne, like one of the only players who were bothered to be there. Naturally, the myopic element noticed only his admittedly poor delivery from set-pieces, but he is far from the first Liverpool player to struggle with those. All in all, it seems like the stage is set for Henderson to come back into the Liverpool side next season and begin the highly laborious task of persuading fans he is, in fact good enough to wear the shirt – and the armband.

Unless he’s replaced by Pogba…it is silly season, after all. 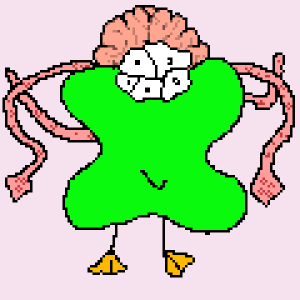 I live in Finland, I'm 26, and I enjoy writing, football and cooking. Also music. And dogs!
All Posts