The Importance of Tactical Analysis on TV

Despite failure in management during his spell at Spanish side Valencia, the lasting impact of Gary Neville’s punditry and analysis must be appreciated and continued.

A superb player for Manchester United, Gary Neville took up a role with Sky Sports at the beginning of the 2011-12 season and set about revolutionising the way media pundits present and digest football for the everyday viewer. Alongside former Liverpool defender Jamie Carragher, the pair made Monday Night Football the most eagerly anticipated football show every weekend.

“Neville’s popularity is essentially rooted in three factors. First, he argues against the consensus… Second, Neville is thorough; his Monday Night Football offerings are clearly the result of meticulous research.” – Michael Cox, Guardian

The points that Cox makes is exactly what made Neville the favourite pundit in British sport and is the exact reason why he still is sorely missed. His analysis was entirely unique in the way that it did not state the obvious, but instead broke down play to player-by-player responsibilities, highlighting positional mistakes and intricately explaining how plays came about or broke down.

He did not reiterate what the viewer already knew, but instead highlighted everything the viewer may not think of.

I am a big fan of Graeme Hunter’s Big Interview podcast and it was a real pleasure to listen to his interview with Gary Neville. In the podcast, Neville explained how he has no interest in talking about the goals that explain themselves, the example he used was Charlie Adam’s wonder strike from the halfway line against Chelsea. He explained how everyone can see exactly how Adam scored that goal, so it is of no interest to him. He would much rather focus on an intricate piece of play, detailed explanations of positioning errors or tactical developments which lead to a chance, a goal or a forced mistake.

This is what led to Gary Neville standing out from the croad in the world of punditry. Alan Hansen was the sole insightful pundit on Match of the Day and since his retirement, they have struggled. The likes of Alan Shearer spend too much time pointing out the obvious and looking at beautiful, yet simple goals like Adam’s at Chelsea. It is worth pointing out the Match of the Day are of course a highlight show, so there analysis is limited. As a result of Neville’s popularity on Sky Sports, though, BBC’s Match of the Day stepped up their analysis with the surprisingly insightful Jermaine Jenas.

Sky’s arch rivals BT have equally languished behind Gary Neville’s levels of analysis. ‘All the gear, no idea’ comes to mind with the BT pundits, with the likes of Rio Ferdinand, David James and Michael Owen gathering around high-tech equipment to offer little insight.

Sky Sports’ other offering aren’t much better, to be honest. I like Jamie Carragher and think that he brings his own useful insight to Monday Night Football, but his analysis is not at the levels that Neville’s was. The rivalry and jest between former rivals Carragher and Neville made Monday Night Football as good as it was, with the show still suffering since Neville’s departure.

As well as all this, Neville was honest. His analysis was true to his beliefs and he wasn’t afraid to upset a few people. At times, it put him in a difficult position as an England coach when he had to dissect performances from some of his England internationals. His honesty, though, endeared him to fans and players alike, with the former and their managers valuing Neville’s opinion and honesty in analysing their play. Arsenal winger Alex Oxlade-Chamberlain was criticised by his England coach for a poor performance, but was perfectly happy to accept his criticism.

“He’s brilliant the way he explains things and I think he is very respectful when he says what teams need to do better and what players need to do better in a game. It’s credit to him because, obviously, it could be a tricky situation where he’s talking about our games on TV and then he comes to work with England. But he seems to manage to do it without any of us holding a grudge against him. He hasn’t upset me yet! I’ve recorded games before because I quite like to hear what Gary has to say.” – Alex Oxlade-Chamberlain, Telegraph

With Neville still missing from the Monday Night Football show, Sky Sports and football fans still miss him. Despite some of Neville’s temporary replacements impressing, such as Craig Bellamy, there is no replacing Neville’s level of analysis.

The importance of analysis is greater than ever in football, with football fans craving tactical knowledge and understanding like never before. The emphasis is on our pundits to provide this, but sadly few are.
Whether Neville returns to punditry for next season or continues as a manager, there is a need for improved analysis on British television. It is only with this analysis that we can develop our younger players to understand and read the game to the same degree as their Spanish counterparts. 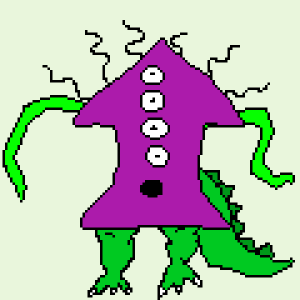 Scott Salter is a freelance football writer who has also written for the likes of These Football Times, The Football Pink and more.
All Posts