England labored their way into the World Cup after beating Slovenia in the most depressing match involving a Slovenian since Melania married Donald Trump. The game was so boring that crowd decided to entertain themselves. First with the sumptuous long-range effort, landing a paper plane onto the goal, which was followed by a pitch invader interrupting the game. It’s understandable when people find ways to entertain themselves sitting through a boring match, but pitch invasion should not be encouraged. The invader had no business being there, but enough about Oxlade-Chamberlain and let’s get on with the analysis.

England going three at the back

Gareth Southgate adopted a three-man at the back system in England’s last qualifier game against Lithuania, as the match had effectively turned into a friendly. And voila! England produced their most boring performance since their last game.

After another poor performance in a different system, it is easy to think that England lacks the quality players to play entertaining football, but these players are capable of playing good football in a high pressing 3-4-2-1 system for their clubs. So, in theory, given enough time and the right coaching, they should be able to do that for England.

In that light, it is encouraging to see that the England manager has committed to playing three at the back during next summer’s World Cup having identified the system as “a better option”. He will use the friendlies over the next eight months to familiarize his players with the formation. This is a refreshing change, and perhaps for the first time, England are embracing a modern revolutionizing system since the all-conquering long ball captured the imagination of the footballing world in the 1950s.

Why the system makes sense

The decision to switch to a high pressing 3-4-2-1 system would make England a better side. There are a few good reasons to believe that, at least on paper, but paper never won a football match, so we will see how it goes.

England have previously tried this system in the friendlies last year and mustered arguably their most impressive performances under Southgate using the system; a draw against Spain where they were leading 2-0 till the 89th minute, followed by narrow friendly defeats at the hands of Germany and France.

In an ideal scenario, England would prefer a ball playing midfield maestro at the center of the park, a player who can link up the play and pick a pass, but in reality they have Jordan Henderson, a player who cost Liverpool £20m, and even in today’s market with players going for £50m+, the £20m still seems a total waste of money.

Apart from this misfit, the system seems to be a better fit for almost all the important players at Southgate’s disposal. Starting from the back all the way through to the front, almost all the members of the squad are comfortable in playing a high pressing three-man at the back system for their clubs.

At the wing-back positions, Danny Rose and Kyle Walker are accustomed to playing in the system for their clubs, while their deputies Ryan Bertrand and Kieran Trippier are more than capable of adapting to a wing-back role.

England’s weakest outfield position has been their dire midfield with Henderson, excuse the pun. However, even these midfielders are capable of playing in a high pressing fluid system and should be able to perform better.

Up front, Harry Kane can lead the line with two of Delle Alli, Adam Lallana, Marcus Rashford or Raheem Sterling providing the supporting role. Each of these players is familiar with the demands of a three-man system. England’s other forward options, the likes of Danny Welbeck and Jesse Lingard have also performed well in the system for their respective clubs.

Another advantage of this system is that it allows players to play with their club teammates in crucial positions in a system they are accustomed to. England captain Harry Kane of Tottenham continues to play up front, with his closest support from club teammate Dele Alli, playing as an inside-left. While Kyle Walker and Danny Rose provide familiar support to the Spurs men up front from the wings.

On the other hand, Dier and Walker would work better defensively on the right side of the midfield, while the two Liverpool men, Adam Lallana and Jordan Henderson link up for the offensive transition from midfield. This should help bring the fluidity often lacking from England’s play.

If the last two World Cups have taught one thing, it’s that having club team-mates playing together at crucial positions in a system that is well suited for them is the key to playing well in a major international tournament. England doesn’t have the luxury of the previous winners Spain and Germany in terms of quality, but these partnerships across the pitch give them a chance to perform better than they have done in the previous international tournaments.

How England can set up England should set up in a fluid high pressing 3-4-2-1 system, with the forwards pressing high up the pitch supported by energetic midfielders.

In defense, John Stones can be used in the libero role, bringing the ball from the back and acting as a spare man in defense, while Phil Jones and Gary Cahill can play the stopper’s role either side of him.

At the center, both Henderson and Dier can provide the pressing in the midfield, while also covering the half spaces between the wing back and central defender on their respective side of the midfield. Eric Dier will have the additional responsibility of shielding the back three when opposition is in possession

The wingbacks will push further up, allowing Alli and Lallana to drift inside. The team will benefit from the width provided by the wingbacks, allowing the front men to interchange positions. The quality of the wingbacks is crucial for this system to work. They must be able to defend narrowly and burst forward when in possession.

Up front, England should look to press high up the pitch with impressive Harry Kane leading the line, while Delle Alli and Lallana playing behind the striker. Lallana is England’s key man because he offers something different, a creative quality lacking elsewhere. He takes up intelligent positions, quickens the tempo and forms passing triangles in dangerous zones. Another vital player for the English is Harry Kane, who not only scores tons of goals but also has the ability to move laterally, creating space behind him for runners, especially, Dele Alli to surge late into the box.

England have always been accused of being slow to catch-up on footballing trends. With Southgate trying to adopt a system that is in vogue, it is certainly a step in the right direction. However, whether he has the tactical nous to implement such a system remains to be seen.

In the end, it will be refreshing to see England try something new and interesting in a major tournament, and then obligatorily fail to qualify from the group stages after playing three drab 1-1 draws. After all the euphoria surrounding the World Cup and expectation from an exhilarating new system, that will be a perfect English way to go out from a major tournament. 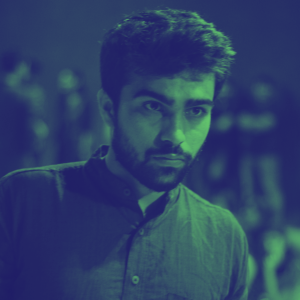