Antonio Conte’s 3-5-2 Formation – Will it work at Chelsea?

When people hear the name ‘Antonio Conte’, two things immediately pop into their minds: his glorious, shining hair, and the 3-5-2 formation. After three consecutive Serie A titles with Juventus, and two years at the helm of the Italian national side, Conte has arrived in England, hoping to whip Chelsea back into title challengers after an absolute shocker of a season last year.

Before we look at the formation, and how it might work for Chelsea, let’s look at Conte as a man. When Mourinho eventually got the bullet in December 2015, there was talk of a dressing room revolt, with leading figures refusing to engage or back their once favourite coach. That’s something Conte, quite simply, will not have.

Evidence? Here’s some. In May 2014, and already crowned Scudetto winners, Conte was in the middle of holding one of his famous video analysis sessions (hey, he wanted 102 points!). Club captain Gigi Buffon entered, and asked about win bonuses for the squad. By several accounts, Conte blew his top, kicking everyone out of the room and swearing at his keeper. He certainly, in his own words, “prefers the stick to the carrot”.

Conte’s man management style may be a shock to the system of Chelsea players, but it would pale in comparison to changing their formation to 3-5-2, a system notoriously tough to play in. The question isn’t so much “will Conte play 3-5-2” as “is he able to?”. Do Chelsea have the personnel to do it effectively? Let’s take a look.

In understanding if, how, and when Conte will play 3-5-2 at Chelsea, we have to understand the formation itself. As the name suggests, three centre backs sit behind a midfield five, featuring two wing backs and some form of a midfield triangle. They sit behind two main strikers. In possession, one of the midfielders will generally come back to claim the ball from a center back, then launch attacks from deep. The wing backs have to be athletes, able to support in both directions, while the perfect 3-5-2 center mids are some combination of artists and physical specimens. Deploying two strikers and five effective midfielders also allows for rapid overloads when going forward. On the other side of the ball, the three centre backs absolutely have to be highly intelligent, well drilled, and technically gifted. In a regular four defender formation, each center back has the other as a reference point, along with their full back as a blocker against the wide areas. That means their defensive duties are a little more rigid than a three centre back formation. In the latter, there should always be a spare defender to mop up against two strikers, but it gets a little trickier if the opponent plays one striker or a false nine, either of whom can lull the centre backs to sleep by leaving them with little to do. Another potential problem area lies in the work ethic of the midfield. If the wing backs are lazy or lack discipline, or the centre mids get caught upfield, the formation is susceptible to rapid counterattacks from outside to in.

You can see how the formation worked to incredible effect at Juventus. They had a world class goalkeeper with three highly intelligent, technically gifted centre backs in front of him. They had Andrea Pirlo dropping deep to distribute to highly athletic midfielders and wing backs, with combo strikers like Fernando Llorente and Carlos Tevez up front. It was a cerebral team backed by power, pace, and skill.

But will it work at Chelsea? One thing Conte will have to do is get the entire team fit and open minded, willing to adapt their style to fit multiple systems. As things stand, their personnel aren’t perfect, and are a shadow of his Juventus sides. Let’s take a look position by position, and see where upgrades or tweaks are needed.

Courtois in goal. No problems there. It’s once we move to centre back that issues start to show. For Juventus, and indeed Italy, Barzagli, Bonucci, and Chiellini are unshakeable stalwarts. They know the system and each other inside out, and have formed a telepathic understanding for situational defending. There’s also balance there; a tough nut in Chiellini, A combination defender in Barzagli, and ball playing ability in Bonucci.
Chelsea, on the other hand, have a mish-mash of defenders that are either too young or too old. Gary Cahill is good in fits and spurts, can fill the tough guy role without issue, and chips in with goals. Then what? John Terry is well over the hill, while Kurt Zouma is still raw at 21, and coming off a ruptured cruciate ligament. That would likely be the three, and it’s the single biggest impediment to Chelsea playing the 3-5-2 effectively. There’s plenty of brawn, but that threesome is sorely lacking in ball playing ability. The club has expressed interest in signing Bonucci, and are known admirers of John Stones, but all quiet thus far in terms of actual activity. There is a chance that the 3-5-2 can give Terry’s fading career a boost. The Chelsea captain has no longer the pace to play in a 2-man defence in the Premier League but will be less exposed while playing as the deepest center back in a back three.

The wing back positions picks itself with the current squad. Azpilicueta doesn’t have skill or dynamism going forward, but he’s a true professional, with stellar work ethic and discipline. Conte can work with that. On the other side, Juan Cuadrado would be the best option. He went to Juventus on loan, gaining valuable experience and confidence. He can get up and down the pitch with no issue, and offers far more in the final third than ‘Dave’ on the left. Baba Rahman has been told by Conte that he’s “too attacking”, and was loaned out to Schalke 04 almost immediately.

In the Pirlo role, Fabregas can have a renaissance. He’ll have to do far more collection work, given Chelsea’s lack of technique at the back, but he’s calm in possession, and can keep the ball moving in a crowded midfield. I’d say he’ll have to sacrifice goals, but he wasn’t scoring them anyway. But in asking Fabregas to play deep, Conte has to do something which both Mourinho and Pep have failed so far. Around him, it would be some combination of Matic, Oscar, and Kante. Matic was poor last year, but he can offer protection and physicality, while Kante is exactly the type of player Conte loves; full of running, bite, and steel.

Here’s a conundrum – how do you fit Hazard, Willian, Costa, and new signing Michy Batshuayi into two positions? Let’s complicate things further. How do you also fit transfer target Romelu Lukaku into that without someone leaving? It’s the first major personnel decision Conte will have to make, and Costa looks most likely to leave. Based on his temperament, that comes with its own benefits.

Chelsea need goals, plain and simple. Only two players (Costa and Willian) scored in double figures last season, and neither reach 20 goals. Meanwhile, Lukaku bagged 25 on a team that finished below Chelsea.

Conte has experimented with multiple formations in pre-season, and Oscar says they practice 4-2-4 in double training sessions. Let’s face it, as things stand, especially in defence, 3-5-2 would be a rough fit. Given Chelsea’s fans will want to see immediate improvement, a less radical change may be on the cards.

Conte could break the Chelsea mould in one significant way – by playing two strikers regularly. The real strength of Conte’s teams, much like Pep Guardiola’s, lies in flexibility. They can easily change formation on the fly between attacking and defending, and that’s a hallmark of intelligent coaching and players. For example, Conte could play a 4-4-2 which immediately turns into 4-2-4, or vice versa.

In an interview with ESPN FC last week, Conte said “I adapt my idea of football to my players, not adapt my players in my idea of football”. Whether that’s true, or typical manager speak to the press, remains to be seen, much like which formation Conte will bring to a football club that sorely needs inspiration. Expect to see some experimentation rather than rigid implementation. 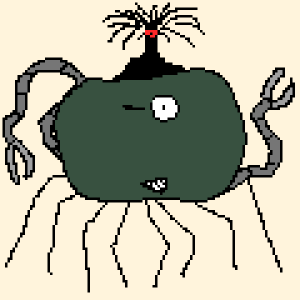 Ian Preston lives in the UK and has a keen interest in soccer training and tactics with a particular focus on how they can be made accessible and interesting to all age groups. He runs the sports blog located at http://www.somuchmorethanagame.com
All Posts