With an exciting Euro 2016 qualifying campaign, seeing The Eagles finish second in their group, the Albanian national team led by former Udinese and Torino coach Gianni De Biasi will together see out the country’s first major tournament in France this summer. In a group with the likes of Switzerland, Romania, and host nation France, many see Albania as team with no fire power and a strictly defensive team. However, others see them as an underdog that could achieve above expectation with entry into the knockout stage.

After three and a half years with Croatian coach Josip Kuže and only managing to achieve 9 points in 10 Euro 2012 qualifiers,  the Albanian Football Federation decided to part ways in December of 2011 and appoint Italian coach Gianni De Biasi. De Biasi kicked off Albania’s 2014 FIFA World Cup qualifiers with a 3-1 win over Cyprus and at one point were joint second in the group, but in the end, he could only lead them to 11 points in 10 matches finishing second bottom of the group. However, De Biasi was slowly but surely starting to change things, and on the 7th of September 2014, Albania beat Euro 2016 qualifying group favorites Portugal 1-0 which instilled belief and confidence in his side. Albania then went on to finish second in their group with an impressive 14 points in 8 matches. With Albania set to compete their major tournament this summer, Albania’s President Bujar Nishani decided to mark this great achievement with bestowing the Honor of Nation Order to De Biasi and the entire team. With this added confidence, Albania goes into Euro 2016 with the dream of a knockout stage birth.

See also  How will de Jong fit in at Man United? A look at possible 4-2-3-1 formation if transfer is complete

The backbone of this team is without any doubt the defense, as they only conceded 5 goals in qualifying. With coach Gianni De Biasi having his back four sit deep, the back line will consist of the likes of team captain and former PSG, Lazio and now Nantes defender Lorik Cana. The solid Cologne defender Mërgim Mavraj will pair up alongside him to add to an already tough Balkan side. Alongside the centre backs the veteran Qarabağ man Ansi Agolli will slot in at left back with the right back being the ever impressive Elseid Hysaj. After coming off a fantastic season with Serie A runners up Napoli he looks to help energize his side into the knockout phase of the tournament this summer. Other options include the reliable Frosinone centre back Arlind Ajeti, and the versatile Berat Djimsiti from Atalanta who’s played at left back, right back, and centre back for his national team. Also between the sticks will no doubt be Lazio stopper Etrit Berisha as he’s played in all of the qualifying matches.

During qualifying De Biasi favored a 4-3-3 formation which will most likely become a 4-5-1 with Ermir lenjani of Nantes operating in the left of midfield where he can also play as a fullback. On the opposite side of the pitch in the right of midfield, there is Colorado Rapids attacking midfielder Shkëlzen Gashi, who won the Swiss Super League golden boot award before he left Basel for Colorado in 2016. In the middle of park there is the brother of new Arsenal midfielder Granit Xhaka and Basel midfielder Taulant Xhaka. He will prove to be an important player as he can be very versatile across defense and or midfield with his intelligent dribbling and skill of winning the ball back. Also in midfield there is the FC Zürich veteran Burim Kukeli and the talented Freiburg midfielder Amir Abrashi who helped his team get promoted back into the top flight of German football this year. With this being the favored midfield, other options include Rijeka midfielder Odise Roshi and the skillful PAOK youngster Ergys Kaçe, who scored the game winning goal in a impressive 1-0 win over France. He could prove to be an important asset to his national team this summer. As De Biasi switches from a 4-3-3 to a 4-5-1 it may have its advantages with the packed midfield they have. Two players, like Xhaka and Abrashi, can make quick and/or long passes to help start counter attacks leaving lenjani and Gashi to do the work down the wings and create chances.

The weak point of the Albania national team appears to be the attack. They have only scored 7 goals in 8 qualifying matches, and each of the 7 goals were scored by different players (including an own goal) meaning they do not have a prolific goal scorer going into France this summer. However, included in De Biasi’s provisional squad is the Vitesse wonderkid Milot Rashica who has been compared to Eden Hazard and has also been linked with the likes of Tottenham, Everton, and Napoli this summer. Also included is the tall and strong Başakşehir striker Sokol Cikalleshi, Rijeka goal scorer Bekim Balaj, and FC Vaduz forward Armando Sadiku who will all provide De Biasi with different options upfront. 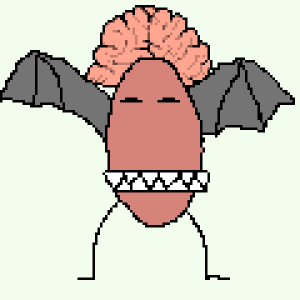