After the semi final success at Euro 2008, Fatih Terim’s Turkey finished the qualification group for the World Cup 2010 below Spain and Bosnia-Herzegovina and missed the tournament. This was also the first qualification group Turkey finished outside of the first two places since 1998. This was considered as a major failure and Turkish Football Federation desired to start something new with Guus Hiddink. However his tenure ended prematurely after a 15 months period because of poor results and Abdullah Avcı took over.

Turkey again failed to qualify for the next tournament, the Euro 2012 as they finished the group stages in 2nd position and lost to Croatia in the play-offs. Avcı was retained initially for the World Cup 2014 qualification but made way for Fatih Terim’s return after a set of poor results. Turkey once again missed the chance to qualify as they could not beat the already qualified Netherlands in the final match and finished the group at 4th position below the Netherlands, Romania and Hungary.

For the Euro 2016 qualification, Turkey found themselves in an even tougher group with Netherlands, Czech Republic and Iceland . After some poor results in the initial games, Fatih Terim made some drastic changes including installing veteran defender Hakan Balta in defence which turned around Turkey’s campaign. In the first 4 games, Turkey conceded 7 goals without Balta and only 2 goals in remaining 6 games which he started. The other change was the selection of İnan-Tufan-Özyakup as the midfield trio. In spite of a draw against Latvia at home, Turkey managed to beat Netherlands and Czech Republic and with a late Selçuk İnan free kick goal against Iceland, Turkey directly qualified for a major tournament for the first time in their history.

Fatih Terim considered a surprise name Volkan Babacan as the goalkeeper in the qualifiers. He did a good job in the group games with 4 clean sheets in 8 matches and most likely will start the tournament as the main goalkeeper. Terim almost played all the matches with Gökhan Gönül and Caner Erkin as his first choice fullbacks. Erkin lacks match fitness going into the tournament, but with Şener Özbayraklı and İsmail Köybaşı as the backups, Turkey has able backups. The problem is with the central defenders. Serdar Aziz did a good job with the recalled Hakan Balta in the qualifiers but he has had injury problems leading up to the tournament . During the recent friendlies, Terim preferred Mehmet Topal with Hakan Balta but Topal is not a natural defender.

Fatih Terim generally prefers a 4-3-3 formation with inside forwards. The trio of Selçuk İnan-Ozan Tufan-Oğuzhan Özyakup has been a constant throughout the qualifiers and the recent friendlies. Selçuk İnan is the most experienced of the three and with his accurate passing can dictate the tempo of the game . Ozan Tufan still has a lot to improve, he joined Fenerbahçe this season after his good performances with Bursaspor. He is not technically gifted like the other two but his presence is essential to how Turkey play. The third player among the trio, Oğuzhan Özyakup has improved his game especially this season. In central midfield, Fatih Terim also has options like Arda Turan and Hakan Çalhanoğlu in midfield but he prefers them as false wingers.

Turkey has a shortage of strikers at the moment. A couple of years ago, Burak Yılmaz was a hot property in Europe, but presently he plays in China and lacks match fitness. There is Mevlüt Erdinç as another option but Cenk Tosun will be the first choice.  Arda Turan and Hakan Çalhanoğlu are the first choice partners to Tosun. Turkey also has wingers like Gökhan Töre and Volkan Şen on the bench. Turan is the captain of Turkish National Team, but after his poor half season with FC Barcelona he might be lacking confidence and match fitness. But he is the talisman for this Turkey team and will be key, if they have to reach the latter stages of the tournament. 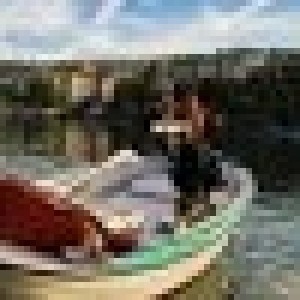