Portugal head into the EURO 2016 competition with a team containing both experience, and relatively unknown quantities that have begun to break through. Names such as Renato Sanches, Rafa Silva, and João Mário are beginning to introduce themselves in some of Europe’s top leagues, however Fernando Santos’ side will understandably be marked as a potential threat due to the presence of captain and poster boy, Cristiano Ronaldo. The pressure remains high on the Selecção to perform given their record of reaching the semi-finals in three of their six EURO final tournaments, however it does seem this tournament might be slightly too early for a number of the lesser experienced players.

Following Portugal’s substandard performance at the Brazil World Cup in 2014 and a surprise defeat to Albania in the first European qualifying match, then manager Paulo Bento was relieved of his duties with the national team. Fernando Santos was to be chosen the new manager of the Portuguese national team. He took charge in September 2014 and presided over a 1-0 win against Denmark in his first game. His term as manager has arguably been successful to date as he has managed to steer the national team to European qualification. Portugal finished with an impressive 21 points, managing to string together a record 7 consecutive competitive victories in the process. The former Benfica manager’s time as manager has not seen Portugal in top gear as of yet with all victories being by a 1 goal deficit, however it does bode well for the side heading to France this summer.

The potential weak point of the Portuguese team appears to be the defensive unit, however the side conceded only 5 goals in qualifying. Portugal’s number one for the tournament will undoubtedly be Rui Patrício. Capped 43 times and a mainstay in the team, it is unlikely to see others staking a claim. The only defender arguably nailed on to earn a starting place in the back four is Real Madrid’s Pepe. Southampton defender Jose Fonte may be a likely option to play next to Pepe following a successful season with Ronald Koeman’s side. It is expected that Benfica’s Eliseu may be awarded a starting position at left back following Fabio Coentrao’s thigh injury, whilst Cédric Soares will compete for the right-back position with Wolfsburg midfielder Vieirinha, who is the current front-runner due to the Southampton man’s lack of game time this season. Others travelling include ex-Chelsea defender, Ricardo Carvalho, will be involved in his fifth major tournament having been selected for the final 23. However, he has not featured at either of Portugal’s last two competitive tournaments. It is unlikely that he will be play a prominent part.

With a 4-4-2 seemingly going to be favoured, it will be a two-man pairing in centre midfield for Santos’ side with false wingers either side. Portugal’s midfield has somewhat undergone a facelift with a number of new players expected to feature at the finals. The team’s standout centre midfielder is undoubtedly Joao Moutinho. A classy passer able to dictate tempo, the Iberian will be fundamental to Portugal’s chances of progressing. A lack of any genuine number 9 means there is pressure for Moutinho, amongst others, to bring goals to the team too, however this is something he isn’t renowned for. Tiago Mendes’ omission from the squad due to an injury stricken season has left the door ajar for another centre midfielder to claim a starting position next to Moutinho. Santos may opt to William Carvalho ahead of Renato Sanches due to experience, however the need for steel is evident. João Mário may be a shoe in to start on the right of the midfield given his stellar form for in Primeira Liga this season. Adept at playing a number of roles, the Sporting prospect will look to add creativity from a wide berth. On the left hand side, Portugal have options in both André Gomes and Rafa Silva. The latter has enjoyed a strong season with Braga, and should be picked if we are to go off the basis of form.

All-time leading goal scorer and talisman, Cristiano Ronaldo, will almost certianly lead the line for the Selecção in France. Scoring 5 goals in qualifying, he we be a reliable source of firepower. At the not so tender age of 31, this may be the Real Madrid superstar’s last chance of playing in a European Championship. Ronaldo should, however, pass Luis Figo’s record of 127 caps for the international side as he is currently 2 caps shy. He will likely be played up top with Nani, now of Fenerbahçe S.K. 32-year-old Quaremsma will provide ammunition off the bench if needed. Expect Portugal to go far in the competition if their attack get firing. 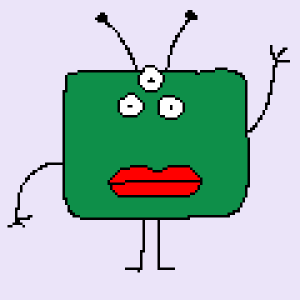