A new chapter in the life of Jürgen Klopp

Jürgen Klopp’s managerial career has been a huge success since his first stint at Mainz to his few remaining days at the Signal Iduna Park. Despite Klopp leading Mainz to relegation, his stock remained high. He achieved a lot with the club leading them to the Bundesliga for the first time and qualification into the 2005-06 UEFA Cup. After he left Mainz, he was approached by many top clubs, including Bayern Munich and Hamburg, but he decided to sign for Borussia Dortmund. After joining Dortmund Klopp turned the fortunes of a club that almost went down due to bankrupt into one of the most feared clubs in Europe. He went on to win the T-Home Supercup in his first season. He also led Dortmund to two successive Bundesliga titles, two DFL Supercups and a UEFA Champions League Final.

Klopp’s time at Mainz and Dortmund has been two similar stories. He got Mainz into the Bundesliga but eventually got relegated. With Dortmund, he made them Champions of Germany and almost of Europe and are now struggling to qualify for Europe. He grew together with both clubs and fell together with them too. Having achieved so much with both clubs it’s no surprise he left both clubs on good terms. Dortmund club CEO Hans-Joachim Watzke said, “The only thing that soothes me in a moment like this is the fact that we’ll remain good friends. And that is all I have to say.”
During his time at Dortmund he not only made the club into a European powerhouse he also developed and bought relatively unknown players who would eventually become some of the best footballers in the world. The likes of Robert Lewandowski, Marco Reus, Matt Hummels, Neven Subotić and İlkay Gündoğan were key players for Dortmund as they helped them win 5 major trophies up until last year.

He changed Dortmund’s fortunes with his gegenpressing style of playing. Klopp demanded his players to play with maximum intensity and passion, always aggressively pressing their opposition, and always attempting to run their opposition off of the field. Klopp favours a 4-2-3-1 formation which prefers to attack on the counter when the opposition is open and exposed. In defence, Dortmund attempts to limit the playing area that their opposition has to play through by playing a high defensive line, and compressing their wingers and fullbacks into central areas. It’s not only the titles that won the hearts but it was also how the titles were won. The spirit and energy that his team brought to the game along with the atmosphere at the Signal Iduna Park, what one had, was a strong combination of liveliness on the pitch and in the ground in form of the famed Yellow Wall.

According to Klopp, gegenpressing is the best playmaker there is. And he has good reason: Pressing has led to many goals for BVB, a perfect example of which being Robert Lewandowski’s opener against Real Madrid at the Signal-Iduna Park last October. Without the ball, there is not much that separates Klopp’s gegenpressing from the system Pep Guardiola used at Barcelona, especially in his first season. But what separates Klopp is how his team plays once they’ve won back the ball. BVB’s system is to always look for the opportunity to counterattack, playing the ball forward immediately and sprinting into open space as opponents shift from attack to defence.

At the start of the 2014-15 season Dortmund faced a lot problems, their top striker Lewandowski joined Bayern Munich. To add to this problems all their key player like Reus, Subotić, Gündoğan and Hummels were all out injured. Dortmund had good enough players to replace them, but they simply could not match up to their levels. At the end of the first half of the season Dortmund was 17th in the table, and everyone thought they would get relegated. After the winter break, despite all their key players coming out of injury they were still finding it difficult to win games but nevertheless they managed to climb to 9th in the table and booked a place in the finals of the DFB-Pokal by beating Bayern on penalties. With all that has been going on with the club this season winning the DFB-Pokal would be the perfect send off for Klopp. You could see how much that victory meant to him as he ran towards his players after they won the penalty shootout choosing to ignore Pep Guardiola’s handshake. Winning the DFB-Pokal is the least the player can do for Klopp considering what all he has done for the club and its players.

Big things were expected at the beginning of the current season at Dortmund, especially with Shinji Kagawa returning to the club after his horrid spell at Manchester United. No one batted an eyelid when the team’s form slumped at the beginning of the season due to ‘World Cup fatigue’, however as the defeats kept piling on, eventually Klopp’s coaching methods were questioned. With rival teams starting to copy the high pressing methods of Dortmund along with the injuries to key personnel, Dortmund’s season slipped to the bottom of Bundesliga.
When Klopp announced his intention to step down at the end of the current season it sent shockwaves through the football world. The most exciting football project in Europe was coming to an end after seven years. Despite Dortmund not qualifying for in the next season winning the DFB-Pokal can be considered a success for this season. Klopp has played a major role in destroying tiki-taka way of football and replaced it with energetic, risky, fast passing game. Bayern Munich have copied elements of it and applied it to devastating effect.

Despite his final years, both at Mainz and Dortmund ending dreadfully his stocks will not go down. With Dortmund, he did not have a lot of money to spend, but he made use of whatever resources he had and developed world-class players. Along with that he introduced his gegenpressing style of playing that really made the difference. He has shown that he does not need money to win trophies, and he proved it by beating Bayern to the Bundesliga twice and also by defeating Real Madrid in the 2012-13 champions League Semi-finals. His Current struggles at Dortmund are understandable. He lost his best striker, and all his key players were injured up until January, and despite all that he still managed to get Dortmund to 9th and a place in the DFB-Pokal finals. This stain in his managerial career will not affect his career after he leaves the German giants with a host of top European clubs already after him.

Klopp’s system at Dortmund has not been working but he still believes in it and that is one of the reasons why he is stepping down. He too feels it’s time to inject some fresh like at Dortmund. Klopp has achieved wonders with his style of playing but there is still some work that needs to be done. Nevertheless he created a new tactical movement that has been emulated by some of Europe’s strongest clubs, and those tactics have transformed BVB from a relegation-battling side to one of the world’s elite clubs.

Where will Klopp go next season?
In the past he has spoken of a desire to move to England, although the timing of his departure comes with only one likely vacancy among the Premier League’s Champions League contingent. Arsenal expect Arsene Wenger to see out the remaining two years of his deal, and such a legendary figure will surely only ever leave The Emirates on his terms. Liverpool are also known admirers of Klopp, Fenway Sports Group seeing his work as an inspiration for what they want to replicate at Anfield. Klopp’s success at Dortmund, and his crafting of an entertaining side that won regularly while being constrained by meagre resources and the selling of his best players, has attracted both these clubs, as they are affected by these market constraints; both see Klopp as a manager who can bring them the success they crave.

But it won’t only be English clubs alerted to Klopp’s availability, with Real Madrid also considering a change despite Carlo Ancelotti’s success at The Bernabeu. Paris Saint Germain could also become an option, Klopp is sure to be a candidate whenever a major position is vacant.
From here on things will be different. There might not be any connection with the fans, there won’t be any legacy and once the defeats start the same fans who would initially worship him would turn on him without one moment’s hesitation. He would want to cherish all the things he achieved at Dortmund. 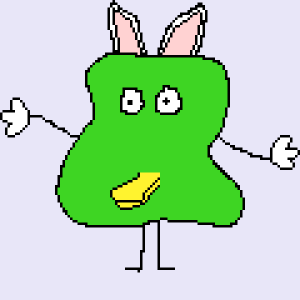