Third Lanark AC were founded in 1872 by the third regiment of the Lanarkshire Rifle Volunteers after a meeting of the Third Lanarkshire Rifle Volunteers. The formation of the club was directly inspired by the first-ever international game in that same year – Scotland vs England. In the club’s formative years, they were very successful at shooting sports (with rifles). The founding members of Third Lanark once again met, deciding the kit should consist of ’A cowl – one end blue, the other yellow, a scarlet guernsey’ and ’Blue trousers or knickerbockers with blue stockings. The club joined the Glasgow Football Association shortly after its formation and were one of the founding members of the SFA in 1890. Their main nickname – Hi Hi – originated from the club’s fans roaring Hi Hi as a defender cleared the ball, resulting in the nickname and chant Hi Hi at Cathkin Park.

During the early years of Scottish football, there were 4 massive teams in Glasgow – Celtic, Rangers, Queens Park, and Third Lanark. Just 4 years after their formation, Thirds made the 1876 Scottish Cup Final beating Havelock, Rangers, Levern, Western and Dumbarton on their way to the final. They faced Queens Park – who had won the inaugural and only two editions of the Scottish Cup – and impressively took Queens to a replay at Hampden Park, in which they were beaten 2-0 in-front of 6,000 at Hampden Park, however there was definitely huge positives to take from this defeat. Third Lanark had shown their ability to compete with the top teams in Scottish football, and besides, they’d soon taste glory in the Scottish Cup. In 1889, Third Lanark won the Scottish Cup 2-1 in another Glasgow Derby defeating Celtic – who had been a football club for one year – 1-0. Third had also made the 1878 Scottish Cup Final, and tasted more success before the turn of the century in 1890 and 1898 – winning the Glasgow Charity Cup. This set the Hi Hi up for their most successful period. The Scottish top-flight has played for 123 editions now. 106 times the trophy has landed in Glasgow – Rangers (54), Celtic (51) and Third Lanark (1). Their one season as Scottish Champions came in the 1903/04 season. After finishing 7th the season prior, Third Lanark assembled an extremely impressive squad for the season ahead – recruiting former league winner with Celtic and Aston Villa John Campbell among the likes of Sunderland great Thomas McKenzie, whilst Thirds massively shored up the defence. After 9 games they were in a 5 game title race – in which they had beat all of their competitors (Rangers, Hearts, Celtic and Hibernian) in the opening stage of the season. Due to their goal-scoring exploits Rangers remained favourites for the Scottish league title, and by the end of the season they topped the scoring charts, but Third Lanark won the title! Their impressive defensive record is what was the main reason for their success – conceding just 26 goals in 26 games – as they finished 4 points above 2nd place Heart of Midlothian. They followed up their greatest ever era of the early 1900’s by winning the 1901 Glasgow Charity Cup, 1903, 1904, and 1909 Glasgow Cup, and 1904/05 Scottish Cup.

The Warriors did face some tougher times after this (not enough to fall under the fall category). Their reputation had rapidly increased during their Golden Era, touring both the USA and Argentina, however they faced their first relegation in 1924/25 – which some claim could be linked to the Argentina trip taking a toll on them. Thirds came right back up, before being relegated the next year and winning the 2nd tier twice in the 1930’s – now being known as a bit of a yo-yo club. After returning to the top-flight in 1935, they made the Scottish Cup Final in which a Bob McPhail goal crushed Redcoats hearts as Rangers narrowly won in-front of 90,000 spectators. This was the last time Thirds would play the Scottish Cup Final. World War 2 then halted official Scottish football between 1939 and 1945.

The 1950’s were the beginning of the end for Third Lanark as businessman Bill Hiddleston developed a love for the club. The 50’s weren’t all bad, though. After relegation in the 1952/53 season, Third Lanark returned in 5 years stabilising themselves in 14th place (of the then 18 team league). The Redcoats finished 11th and 12th in the top-flight before making a real splash in the league – just after Billy’s brother Bob Shankly left Cathkin Park – in the 1960/61 season. Third Lanark finished 3rd, scoring 100 goals and conceding 80 in a totally remarkable season. I think it’s safe to say if George Young’s side had a competent defence that season they would have almost certainly won the Scottish title which went to Rangers, though they did make significant achievements that season – qualifying for Europe for the first time in their history. Their achievements of that season were made even more impressive by the fact they needed 6 goals to reach 100 on the last day – and managed to defeat Hibernian 6-1. Their star striker that season, Alex Harley netted 42 goals, later gaining himself a move to Manchester City for £14,500 in the English First Division. The rest of their iconic attack all made moves down south – Davie Hilley to Newcastle for £30k, Matt Gray to Manchester City for £30k and a pound, and Jimmy Goodfellow to Leicester City. Shankly spoke on the Thirds team of the time, stating ’Thirds were one of the best teams in the league and were very popular with the crowds, both home and away’. They also were the runners-up in the 1959/60 Scottish League Cup. Third Lanark’s fall began when the aforementioned Bill Hiddleston came in as chairman and major shareholder of the club in 1962. Hiddleston was a wholesale glass merchant who first became involved with the club in 1954 as a director, before being booted off the board for sanctioning a transfer without any permission. The warning signs first came when George Young walked out on the club as a protest against Hiddelston upon his 62’ arrival. Upon leaving, Young said, “Good Luck to Thirds and God help them”. Even God couldn’t save Third Lanark. The fans didn’t warm to the new higher-up either. In the 1960/61 season Third Lanark had 555,489 paying fans. By their last year in 1966/67, they had just 55,543 as many became disillusioned with the club.

Hiddleston was a man riddled with corruption, and his time at Third Lanark was no different. Allegedly Hiddleston’s sole purpose at Third Lanark was to bring the club to a state of disrepair in order to sell the ground for housing. Some of the stories that came out of the club at this time are frankly ridiculous. Football’s had to be whitewashed to look new. Away teams had to arrive with lightbulbs and soap. Club suits were billed to each player, some of which were not being paid and had to have managers collect the last bits of money from the turnstiles to throw together a pay-check. Raffles were arranged for fans, with no one receiving prizes. Captain Alan McKay was dropped for going against the chairman. However, for me, the most absurd story to come out from that time was Hiddelston’s plans to move the club from Cathkin Park to East Kilbride in order to sell the land at Cathkin. It perfectly summed up the man and his total disregard for the club and its fans.

After draining the squad of its best talents and replacing them with juniors and passed it veterans, Hiddleston oversaw Third Lanark’s final relegation in 1965. Whilst by this point most fans refused to give the club any money, any cash at all raised through the Third Lanark Supporters Association went right into Hiddelston’s pocket. In their last season of 1966/67 they finished 11th in the second division and their 95 year run in the Scottish Football Leagues was over. Thirds lost 5-1 to Dumbarton in an awful performance on the last day of the season, and the players returned to Glasgow being told by manager Bobby Shearer ‘its over’ before being handed envelopes full of coins.

With the 1966/67 season being one of the best in Scottish football history (Scotland became unofficial Champions of the World by beating World Cup winners England in their first game after winning the Jules Rimet Trophy, Scotland had the 3rd best league in Europe by coefficient ranking, Celtic won the European Cup, Rangers made the Cup Winners Cup Final, 2nd division Kilmarnock made the Inter Cities-Fairs Cup, Dundee United put Barcelona out the Inter Cities-Fairs Cup) many feel this is the reason that Third Lanark’s extinction wasn’t prevented despite being one of Scotland’s biggest clubs at that time, however it’s hard to say if there’s any scenario where Thirds would have been saved as the club fell into £40k debt (equivalent to £500k now). To go from regularly attracting 50,000 fans, to no longer having a club was a really sorry state of affairs. After their 1967 liquidation many Third Lanark fans began flocking to Queen’s Park, Clyde, Pollok and the ’Old Firm’. In the years since there had been many reports of Third Lanark potentially coming back as a junior (non-league) side, however this failed to come to fruition. The ‘Hi Hi’ have been reignited as an amateur side (not within the senior football pyramid – below the 7th tier) playing in the Central Scottish Amateur Football League, whilst also operating with 4 youth teams. A previous attempt at an amateur team was made in 1996, whilst there was talk of Third Lanark applying to join the SFL system in 2008 – joining the pyramid at 4th division – however, it never materialised. The club unfortunately no longer play their games at Cathkin Park despite a brief return, now playing at Toryglen Football Centre. Cathkin Park is probably in a state of disrepair, however, there have been plans to renovate it – including a £5m plan in 2017 – and the former 50,000 capacity stadium can still be visited, as I did last week.

After 123 seasons of Scottish league football, Third Lanark still – and forever will – remain one of the 11 teams to have won the top-flight and will always be seen as an integral member of the formative years of Scottish football. 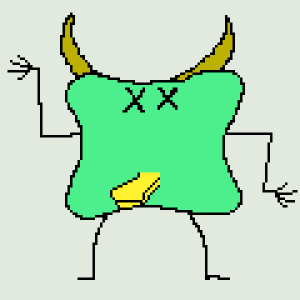