I’m sure I won’t have been the only Leicester City fan exclaiming the Spaniard’s name in surprise when the teams were announced for Sunday’s Premier League clash with Sheffield United. Despite having once been the player responsible for the Foxes’ record transfer fee paid, and having featured in all but five Premier League matches in his first season with the former champions, Ayoze Perez was fast becoming Leicester City’s forgotten man as the 2020/21 season entered its second quarter. Against the Blades, though, Perez showed no ill effects from his time out of the team, and was arguably Leicester’s brightest creative spark in a slow, stodgy game vs the Premier League’s basement team. The question now has to be – has he done enough to earn an extended run in the side, and cement his place as a regular starter in a talented Leicester City side as he enters the peak of his career?

Signings that break record transfer fees can often be marquee, big name players; successfully taking their new clubs to ‘the next level’, whether through their performances on the pitch or through other, less tangible means. Conversely, record signings can also be expensive, disappointing flops; painful reminders of countless clubs trying and failing to reach for the stars through a single, swaggering show of spending. A quick glance through a list of the Foxes’ recent record signings certainly highlights enough players fitting into the latter group – see Islam Slimani, Adrien Silva and Ahmed Musa. Curiously, though, Ayoze Perez doesn’t seem to fit into either category. Indeed, as we will continue to explore, the enigmatic Spaniard has made a habit of being difficult to define, for better or worse, and whilst Perez himself can’t be held responsible for the fee that Leicester City stumped up for him, there is inevitably extra pressure on a player to make an impact when such finances are involved.

There’s no doubt that more than a few eyebrows were raised when Leicester City’s interest in Perez was made public in the summer of 2019, and this was only exacerbated when the £30m fee was mooted. Despite a decent, if unspectacular goalscoring record (12 goals in 37 Premier League appearances in his final season playing in an uninspiring Newcastle United side) and his knack of performing well against the latest club courting his services (highlighted by an influential display, including a goal and an assist, in Newcastle’s 2-1 win over the Foxes in April 2018), there were question marks as to what gap Brendan Rodgers was hoping to fill with his signing. Was Perez being groomed as a backup, and eventual successor, to talismanic striker Jamie Vardy? Would he help to provide a ‘Plan B’ against low block teams proving difficult to break down? Or was he being signed as a creative number 10 to help take the burden off talented but inexperienced orchestrator James Maddison?

Whatever the plan, even Newcastle fans seemed split on whether or not Ayoze Perez was a talent capable of gracing the starting XI of a team with ambitions of regular European football. Whilst words and phrases such as ‘great football brain’, ‘excellent touch’ and ‘grafter’ cropped up often when the St James’ faithful were asked to give their opinion on Perez, so too ‘inconsistent’, ‘too easily knocked off the ball’ and ‘serious lack of pace’ were also prevalent. Ultimately, though, the overriding feeling was that whilst the Foxes were picking up a good player, and a rare blend of obvious talent who was willing to put in the hard work, it was Newcastle United who were getting the better of Perez’s £30m switch.

Nevertheless, there was an air of cautious optimism from the majority of Foxes fans at the signing, with many hopeful that Perez’s technical skill and willingness to drop deep and link the play could prove the perfect complement to the explosive pace and old school guile of main striker Jamie Vardy. The club had noticeably failed to find a suitable strike partner for Vardy since cult hero Shinji Okazaki in the title-winning season of 2015/16, so it was an obvious area to target. What very few fans expected, though, was that Perez would predominantly be used as a winger or wide attacker in Brendan Rodgers’ preferred 4-3-3 formation during the 2019-20 season. Tactical flexibility, then, was perhaps another string that Perez could rightfully add to his bow… but was this tweaked role the one best suited to make the most of his skill set, and vindicate his much talked-about price tag?

Early results certainly appeared to speak for themselves – Perez featured in all but one of Leicester City’s first fifteen Premier League matches in 2019/20, and although he only netted four times (including a memorable hat-trick in Leicester’s October demolition of Southampton). Indeed, the Foxes only tasted defeat on the two occasions that Perez did not start a match in this period. The Spaniard, then, was clearly already establishing himself early on as an integral part of a Leicester side that had continued its excellent habit of challenging the status quo and ruffling established feathers at the top of the Premier League.

The fans, though, were beginning to grow frustrated with the lack of consistency in the form of all of their wide attackers, Perez included. Furthermore, the man at the top also seemed to lose confidence in Perez around this time, with Brendan Rodgers substituting Perez after 45 minutes in the eventual 2-0 victory over Watford in December, before electing not to use him in any of the next three Premier League fixtures. Detractors could rightfully point to the hard facts, which showed that, even with his haul from the anomalous Southampton result, Perez had only hit 4 goals and provided 1 assist in his first sixteen league matches; particularly damning figures considering the likes of Harvey Barnes and Demarai Gray, who both represented direct competition for Perez’s place in the team, were being publically challenged by Brendan Rodgers to improve their numbers.

Perez responded with his most influential performance in a City shirt thus far, laying on assists for both goals in a 2-1 victory at West Ham in Leicester’s final league match of 2019. Here, Perez was operating in a noticeably more central role, and regardless of the obvious lack of cohesion in the centre of a chaotic West Ham United team, used his intelligent movement and vision to lay on goals for Iheanacho and Gray. Had the former Newcastle man finally found the ideal central position within the Leicester team from which to shine?

Evidently not, felt Brendan Rodgers, as he reverted to type and restored Perez to the wide right position for the following match, where the Spaniard would nevertheless continue his good form by netting the opening goal and providing another assist in a convincing 3-0 victory over his former employers at St. James Park. Unfortunately for the Foxes, though, Perez could not sustain this purple patch, scoring just three more goals and unable to add to his four assists in Leicester’s remaining sixteen games, with the Spanish forward playing a part in all but two of them. Indeed, his inconsistency and inability to stamp his authority on matches was symptomatic of a Leicester side who suddenly seemed to hit a brick wall in the second half of the season. Rodgers, for his part, continued to rotate his frontline without success, and ultimately oversaw a 5th placed finish which at the start of the season would have represented success and a strong step forward for the East Midlands side, but considering their blistering start to the season, ultimately led to disappointment amongst large swathes of the Foxes fanbase.

So the end of Ayoze Perez’s first season as a Leicester City player, and a strong overriding feeling that the jury was still very much out. There were still doubts and confusion as to exactly what Perez brought to the team, whether starting matches or being brought on as a sub; still question marks over exactly what his best position was and how best to incorporate him into a flexible, evolving Leicester City system being constructed by the tactically astute Rodgers.

Indeed, it could be argued that the Leicester manager himself harboured the same questions and doubts, as, despite an excellent, nuanced individual performance in the opening day 3-0 victory over West Bromwich Albion where Perez again highlighted his slick link-up play and intelligent movement operating predominantly in the half-spaces between the West Brom centre backs and wing backs, the Spaniard featured in fewer than half of the first ten Premier League matches in Leicester City’s 2020/21 season, and only completed 90 minutes once (in the 1-0 defeat to Aston Villa). My surprise, then, as well as that of many other Foxes fans, was perfectly understandable when, after not featuring at all in five consecutive league games spanning almost 2 months, Ayoze Perez was once again named in the starting line-up for the matchweek 11 clash between Leicester City and Sheffield United.

As per the last time he had been left out of the team for anything like an extended period, the enigmatic Spaniard seemed to relish the opportunity to prove the doubters wrong, and looked eager to get on the ball and create in the opening 20 minutes against a battling Sheffield United team determined to deny the Foxes any space in the final third. Although again operating from the right of a front three, Perez took up central positions between the lines with notable frequency, as did his partner on the other flank, James Maddison. This looked to be a deliberate ploy by Rodgers and the Leicester coaching staff, yet also an interesting and possibly surprising tactical decision, as getting the ball high and wide in the spaces between the wingbacks and centre backs is often the most successful and viable method of exploiting three-at-the-back systems such as the one being employed by Sheffield United.

The results, though, could not be argued with, as Perez found himself in the right place in the penalty area to smash home in the 24th minute following a failed United clearance from a Marc Albrighton shot. Goal aside, it was difficult to argue that Perez wasn’t the most influential player on the pitch in the first half, and indeed all the way up to his eventual substitution in the 69th minute; even as the Foxes faltered and the tempo dropped, Perez continued to offer himself as the most willing and likely creative outlet. Time and again he would try a cute, inventive give-and-go or a penetrating through ball which would be unsuccessful by the smallest of margins. Ayoze Perez was back, ladies and gentlemen, and back in a role and a position from where he could be at his most effective.

So with all of this in mind, the million-dollar question is… what now for a player who is rapidly coming to be considered the most confusing, enigmatic player in this Leicester City squad? Will Sunday’s performance and tactical tweak be used as a catalyst to re-integrate Ayoze Perez back into a Leicester City team that, whilst rightly having even loftier ambitions this season, have still looked at times to be lacking the class and match-winning sparkle of truly top teams? Will, he even be given the opportunity, given the likes of Cengiz Ünder, Harvey Barnes and Dennis Praet could stake rightful claims to his position in the team? Or will this be another false dawn for a player that, 18 months into his Leicester City career, has arguably failed to show the consistency and reliability required to truly make an impact at the top level? 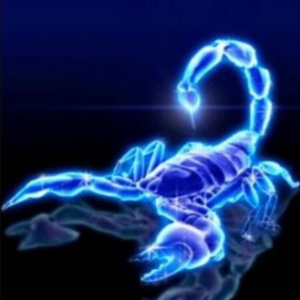