How the signing of Osimhen changed Gattuso’s approach

Napoli has started this season in an incredible manner. Unfortunately, Napoli didn’t show up to the Juventus game, which meant they would receive a 3-0 loss and they also received a one-point deduction. When Napoli has turned up to the games, they have won all their 4 games, including demolition of Atalanta with the result 4-1 and demolition of Genoa with the result 6-0.

The major difference from last year Napoli to this season Napoli is Gattuso adopting a new tactical display by applying a 4-2-1-3 formation. This transformation appeared when their new signing Osimhen got subbed on in the game against Parma, which totally alter the course of the game and secured Napoli the win. The formation change from a 4-1-2-3 to a 4-2-1-3 has affected Napoli extremely positively on offence. Therefore, I assume this tactical switch from Gattuso might only get used against weaker defensive opponents. Gattuso can now apply three different formations like 4-1-2-3 (defensive), 4-3-3 (cautious) and 4-2-1-3 (offensive) depending on specific situations. 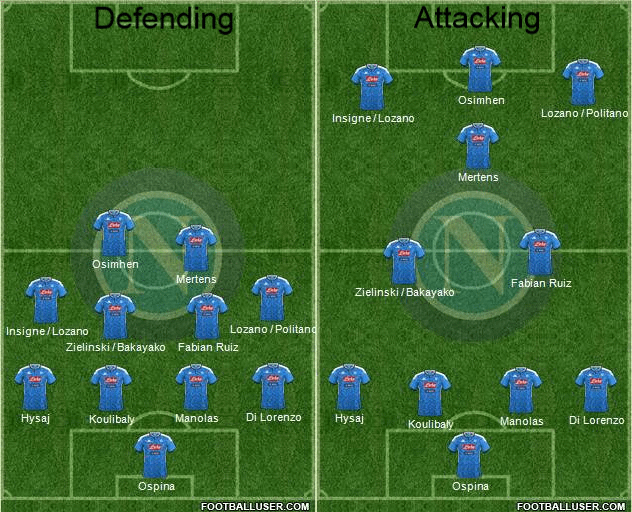 Osimhen impact has been tremendous, but his performance overall has been decent, to be fair. Osimhen is excellent at creating space for his teammates. His movement on the pitch is phenomenal and reminds me of En-Nesyri’s (Sevilla) movement, which produces a lot of troubles for the defence. He draws the attention that you demand from your striker. He maintains a splendid effort when pressuring the opponent’s defence. Unfortunately, Osimhen finishing looks rather mediocre. I don’t want to judge him yet, but I haven’t been blown away by him.

There are negative elements when they are applying this formation, which was clear in the first two games. When defending Napoli is adopting a 4-4-2 formation. The issue when defending like this is the area between the midfield and the defence, it’s easy for the opponents to play in between that area because both Fabian Ruiz and Zielinski aren’t that defensive-minded, and they also have a tendency to rush out to get the ball as quickly as possible. Gattuso might have solved this issue with the addition of Bakayoko. Bakayoko has added the defensive qualities, which established a balance that they didn’t have in the two first games. Fabian also had a more defensive mind when playing with Bakayoko in this game, and both players were excellent at cutting all the passing lanes, which Atalanta wanted to play through.

Another issue for Napoli in the first two games was the slow regrouping when losing the ball. They look vulnerable on the counters. Gattuso again solved this in game 3. He fixed this by using attacks with fewer attackers, which was possible because Atalanta being a highly offensive side and they also use man-marking defence. Napoli could easily expose this because they have so many players that could beat their man in Politano, Lozano, Mertens and Fabian Ruiz.

Mertens’ new role in this formation has entirely changed Napoli’s offence to the better. Mertens playing in a trequartista role, while both wingers (Insigne/Lozano) play as inverted wingers. Gattuso has given Mertens all the creative freedom he demands to pick apart teams, and Mertens delivers on an elite level. Mertens still works through the middle of the pitch or the left side when creating combinations with Lorenzo Insigne/Hirving Lozano. Osimhen is the playing station on offence, and Osimhen’s link-up has been the most refreshing ability added by him. Mertens use Osimhen’s link-up play to pick his spots on the pitch, which is similar to what Gomez and Zapata do at Atalanta.

Napoli’s attacks are very flexible and can be either very wide or very narrow depending on what Insigne and Lozano are doing, which causes them to be unpredictable in the attack. Napoli’s build-ups are still elite. Fabian Ruiz is the primary force of these build-ups. He is driving the ball forward with a high success rate and he is also fantastic at getting Napoli out of pressure. Napoli doesn’t have the best defenders on the ball, but they get the Jorginho treatment by Fabian Ruiz throughout these games.

Another reason for their build-ups are working this fluidly is that the full-backs are moving forward and constantly providing passing options in these games. Napoli last season had situations where the full-backs wouldn’t provide the width, which caused them to rely more on Fabian and Zielinski.

Gattuso has unlocked Lozano in these games, which is because of this change of using Mertens in a more free and deeper role than he had before. Lozano doesn’t need to be the big creator as before. Lozano since the change has tried to make brilliant runs between the lines, which has rewarded Lozano with 4 goals. Hirving Lozano is playing on all of his strengths, and this has made him look tremendous. He plays better than any Napoli fan could imagine at the moment, and this should please his passionate fan club. Lozano looks more at home on the left-wing where he is usually moving in central to turn into a secondary striker. When this happens, Lozano will constantly search behind the defence, which creates a lot of chaos for the opponent. The general theme with the Napoli players is how great they are off the ball.

Gattuso can only be delighted with this tactical change because it has provided Napoli with a more attacking approach to the game. Napoli has struggled against smaller teams last season, and this might solve this problem. Gattuso has destroyed his opponents by playing this way, but it has some weaknesses that can be exposed against better and more defensive-minded sides. I’m pissed that we didn’t see the Juventus game, because it would answer a portion of these factors. Overall, this change has added new flexibility for Napoli and this might make them more competitive than predicted. Napoli is developing into a dangerous contender for the Scudetto. Napoli fans should be delighted with Gattuso this season. He has shown his tactical knowledge, and he is adapting throughout the game. 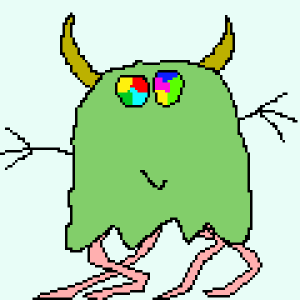