The glitter has barely settled on the Anfield pitch since Liverpool’s self-styled Premier League title winning celebrations at the end of July and we’re already talking about the new football season.

The Premier League gets underway just next week with Jürgen Klopp’s side inviting a newly promoted Leeds United to their home turf. Klopp and co. will be looking to get a headstart on a fresh title campaign with some of their closest rivals having to wait well over a week to play.

Despite ending their 30 year league title drought in emphatic fashion by usurping Manchester City to the top of the table by an incredible 18 points, they’re not being backed by the bookmakers as title favourites.

Liverpool are currently priced at around 3.00, second in line to the Sky Blues as favourites at 1.70. This could represent the highest odds found on any number of top betting sites for sometime, should you be looking back Liverpool and they get off to a roaring start. Let’s take a look at why this is the case right now.

Let’s start where we left off – last season. Incredibly having dropped points on only two occasions before the league went into an impromptu postponement, Liverpool came back after the restart to claim the title. The problem is that that title win was largely built on the back of pre-lockdown form.

After project restart brought the Premier League back to our tv sets in late June, Liverpool looked lacklustre for the most part, dropping points in a total of four out of their remaining nine games. It cost them a points record to eclipse City’s earlier achievement, but also possibly their listing as favourites going into this season.

More recently Klopp went up against Arteta’s Arsenal at an eerily empty Wembley Stadium to contest the Community Shield. After finding the back of the net early on, only to have it ruled offside, Liverpool struggled to convert against the Gunners, eventually losing out on penalties.

Their post-lockdown expected goals stats for the latter end of last season were lower than West Ham’s, who only narrowly avoided relegation at the last gasp. With mainstay frontman Roberto Firmino only finding the net at home in the penultimate game of the season, it begs questions of whether Liverpool have really lost that magic spark.

A time for reinforcements?

Looking at that expected goals tally, it raises the issue of whether a lack of motivation throughout the ranks would be deemed the key to reigniting the squad’s desire for success. It begs the question of whether letting Klopp’s compatriot and former Bundesliga ace Timo Werner slip away to Chelsea early this summer will be one that the German manager will rue.

Transfer rumours are rife but taking everything into consideration, there only looks to be two serious targets that Liverpool are evaluating right now. The first being Bayern Munich’s midfield maestro Thiago Alcântara, the second that of versatile Watford winger IsmaÏla Sarr.

It’s no secret that title winning teams find it toughest to stay on top. The biggest question is when it comes to blooding in new troops, will Klopp err on the side of caution, not wanting to disrupt his squad? And if he does, will that bring complacency among the ranks if first team players don’t feel it necessary to fight for their place?

Only time will tell come October, when the transfer window snaps shut. But with City falling short at home and abroad after swathes of investment in recent years, it doesn’t look like they’ll close their cheque book any time soon.

Only three managers have achieved the feat of winning two back to back Premier League titles in the last twenty years and Klopp isn’t yet one of them. It was in fact archrival Pep Guardiola who last maintained this feat just last year.

Guardiola himself isn’t just adept at winning, but at winning so consistently in whichever domestic league he’s landed. In fact last season marked the first occasion in his entire managerial career that the Catalan hadn’t been successful at winning three domestic titles in a row.

The Premier League ebbs and flows like no other. It is the most reactive and most competitive league in the world and it’s no secret. Klopp came agonisingly close just two seasons ago and had a Champions League trophy to help nurse him through his Premier League title disappointment – not bad at all.

Last season he ran away with it, but will Klopp be polishing the Premier League silverware come next summer with such a fierce favourite such as City and Guardiola in his wake? Only time will tell, and it promises to be another great Premier League season ahead of us.

To follow the Premier League season from start to finish with expert game to game analysis make sure to visit BetBlazers football prediction. 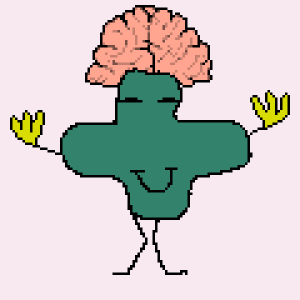