In this tactical analysis of the Champions League semifinals, we will take a look at the tactics of Thomas Tuchel and Julian Nagelsmann. PSG eventually won the game 3-0 with goals by Marquinhos, Di Maria and Juan Bernat. This tactical analysis will look to the tactics of both teams on and off the ball and what worked and did not work for both sides.

Lineups for Both Teams

RasenBoll Leipzig lined up in a 3-4-2-1 but shifted to 4-1-4-1 formation surprisingly early. Julian Nagelsmann used all four substitutions in order to change the game like he wanted to. In the second half, Christopher Nkunku and Dani Olmo had already given their places to Emil Forsberg and Patrick Schick. In the course of the match; Konrad Laimer for Marcel Halstenberg, Kevin Kampl for Tyler Adams, and Lukas Klostermann for Willi Orban changes occurred. Paris Saint German’s aggressive pressure tired the players. Although the change of Emil Forsberg seemed to increase the intensity of Leipzig, it was not enough.

Paris Saint-German lined up in an attacking 4-3-3 formation and did not change the formation to the end of the game. Thomas Tuchel used all four substitution chances too but, it was rather to rest his players for the final than to change the game.

I mentioned that Leipzig shifted to a 4-1-4-1 formation early. The reason why Nagelsmann did this is to try and negate PSG’s early threatening attacks. He shifted Angelino and Nordi Mukiele as left and right backs to create a four-man defence. Their role was rather supportive and especially Angelino played a key role to create attacks from the left flank.

Leipzig tried to attack with short passes and distribute the game to both halves just like in Atletico Madrid game. Angelino was the key player of the left halve as he mostly took the ball and transported it to PSG’s half. That is why the %38 of attacks which is the highest percentage is from the left side. From the right side, Konrad Laimer and Nordi Mukiele tried to cross the ball to the penalty box, Yussuf Poulsen but these were mostly unsuccessful. After the first goal, Marcel Sabitzer showed himself both in defense and attack more efficiently as he distributed the ball to both sides and tried to get it back. Because of that %32 of attacks is from the middle. It can be said that the right side was out of form. For this reason, Leipzig struggled to apply his game plan. Adding PSG’s pressure to this, Leipzig had forced to play from the middle. It affected their shot directions as well, the %86 of their shots came from the middle which is mostly inexact. Their lineup for the defense was rather distorted and created big gaps for PSG. Mostly a disagreement could be seen between Dayot Upamecano and Nordi Mukiele as one of two disrupted the offside line and caused to through balls from Neymar and Kylian Mbappe. This type of mistake allowed PSG to play his attack game more often and deadly. As you can see in the figure, Mbappe found a big gap between the two center-backs and if the ball came to him, he could score.

Besides these, lack of Timo Werner can be seen clearly as Poulsen could not show himself at the match. Werner’s style was suited to Leipzig’s game style more smoothly than Poulsen because generally Werner can be a target man and contribute to both goal and assist numbers. However, Poulsen even did not try to hang to defense line to score a goal, and this leaded Leipzig to play an undirect game. Furthermore, individual mistakes made Leipzig out of the game. The second goal who Peter Gulacsi made a mistake was the breakpoint of the match.

PSG did not shift his formation 4-3-3 Attacking for the whole match. They internalized an attacking with short and through passes as to daunt Leipzig’s central backs. They easily increased their number in Leipzig’s side and most of the attacks, there were seven or eight players from PSG.  Their midfield served as a bridge that mostly Ander Herrera and Marquinhos were in attack. PSG rather played a game of pressure and Leipzig could not take the action.

Their style of attacks was very dynamic as they played from the middle and sometimes they played from both halves. In both, the trio (Neymar, Mbappe, and Di Maria) played a key role as they mostly tried to hang out to the defense line which was easy as mostly two centrals back of Leipzig distorted the offside line. That is why attacking side percentages of PSG is so balanced which %38 from the left side, %34 from the right side, and %28 from the middle. Especially Paredes and Marquinhos opened the game to the wings so the game can continue in Neymar or Di Maria’s feet.

PSG was also remarkably effective in 3v3 and 4v3 positions, and they were able to rule out Leipzig with short passes in the tight space. Although even Leipzig applied his game approach like Inter’s (passing traffic in the middle and suddenly transferring the game direction to the other wing), PSG got easy attacks as it exhausted his team.

Another factor in the PSG win was the unnecessary fouls brought by his press. Leipzig committed a total of 15 fouls in the first half and was easily out of the game. Fouls also caused PSG to gain a set ball and could create a danger on set balls. Marquinhos’ goal also stemmed from Laimer’s foul. Besides, PSG fouled as few as possible and did not give Leipzig a standing ball chance.

PSG dominated the game from the very beginning of the game and dominated Leipzig. Besides their talents, their aggressive press as a team was effective and managed to deter Leipzig. Alongside Neymar, Mbappe, and Di Maria, Marquinhos showed how the evolution from center back to defensive midfield should be. He helped midfielder both offensive and defensive. The score could have gotten bigger with the empty spaces they found with through passes and missed goal opportunities.

On the other hand, Leipzig was not able to adapt quickly to the match, and especially on the right-wing, being Laimer in bad sorts caused Leipzig’s attacks to pile up into the midfield. Although Sabitzer, Angelino, and later Forsberg tried to get Leipzig up, they were not enough. Therefore, it was obvious that there was a lack of the first-class striker in Leipzig. Besides him, the unnecessary fouls they committed also caused them to come out of the game. 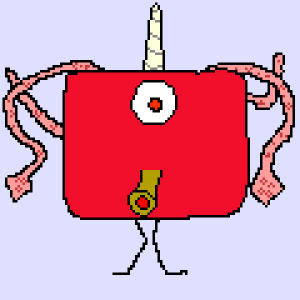 Just a 18 year old person who has interests about football and its deeply structured game play, tactics. I wanted to be a coach always but rather my dream, I simply work as writer in many platforms. Also a fan of video games (playing) and watching series.
All Posts