The end of a 30-year old wait in conquering the first English tier for Liverpool coincided with a visit from their main rivals the last years, Manchester City. This rivalry is also an extension of the ‘tactical feud’ between their managers (Klopp and Guardiola) lasting from their tenure in Bundesliga. Last week’s clash, albeit without table interest, provided several tactical talking points and glimpses for the future.

The longevity of Klopp’s counter-pressing strategy

The triumvirate of Jurgen Klopp, Mike Gordon (Fenway Sports Group president) and Michael Edwards (Sporting Director) managed to draft the Bayern Munchen employees Andreas Kornmayer (Head of Fitness and Conditioning) and Mona Nemmer (Head of Nutrition). The latter duo had impressed Klopp, and they were deemed indispensable for the implementation of the counter-pressing style.

This adopted counter-pressing strategy requires insurmountable levels of composure and remarkable physical attributes. The acquisition of such skills is a long-term process with a mental toll except for the physical one. Signs of fatigue have emerged throughout the current campaign exposing well-covered deficiencies, such as the inability to circumvent the deadly counter-attacks of Manchester City last week.

These counter-attacks often caught the defence unawares, and especially the wing backs (Alexander-Arnold and Robertson). The latter pair is indispensable for the proper offensive function of the team with their crosses, assists, and goals (21 assists and 5 goals, collectively). Their innate attacking prowess often contradicts with their defensive responsibilities against adept attackers. The following figure depicts their positions and movements. The embark of a counter-attack by the opposition dictates instant covering from the wide midfielders (Henderson, Winjaldum). As the build-up play predominantly commences from the right, Henderson retreats to cover Alexander-Arnold. The same occurs respectively from the left (Robertson, Winjaldum). The defensive struggle against rapid counter-attacks soars after periods of heavy workload. Adequate addressing would require a series of reinforcements.

An insurgence of athleticism, composure and individual brilliance shall pave the way for further glories. A vibrant group of youngsters (Jones, Elliot, Williams) are to blend within the well-oiled machine of Jurgen Klopp. The latter is renowned for improving youngsters and rejuvenating established players (Henderson, Milner).

See also  How will Haidara fit in at Man United: A look at Rangnick's thrilling 4-2-3-1 formation if transfer is complete

Furthermore, the signing of two forwards resembling the characteristics of the front three seems paramount. This move would originate a new dimension on the build-up game and a more effective counter-pressing strategy. Especially a worthy alternative for Firmino is crucial for the longevity of the project. His creativity and tendency to drop back and create space are unique qualities.

Conclusively, Liverpool must dispel the ‘three-year rule’ of Bella Gutman. The Hungarian manager had characterized the third year as “fatal”. His reasoning involved the potential complacency of the players. Fortunately for the Reds, the ecosystem of Anfield oozes with innovative and radical ideas.

The future of the Citizens in European competitions has a definite outcome finally. The wait had created a Schroedinger’s cat akin state with different repercussions upon resolution. Should the appeal had failed, a period of turbulence would have followed. Fortunately for Manchester City, the decision was satisfactory, and they are rolling up their sleeves for the next important fixtures.

The tactical awareness of the Catalan was at full display against Liverpool last week. He implored to a series of shrewd decisions, such as the utilization of proficient ball-playing centre-backs (centre-halves) (Laporte, Garcia). Their prowess in passing and keeping possession facilitated the build-up game of the team and suitably opposed the counter-pressing attribute of the opponent.

The latter strategy wouldn’t have succeeded but for Gundogan’s newly established role. Gundogan, renowned for his positioning and keeping possession skills, retreated to the centre of defence. This move led to the enhancement of ball circulation and managed to withstand the pressure of Liverpool. The following figure shows the formation in this case. After withstanding 25 minutes of Liverpool’s rapid movements, the Citizens engaged in their usual high-intense attacking display. Especially, Kevin De Bruyne and Phil Foden were instrumental in the impressive win. Occasionally, De Bruyne moved towards the left flank of the attack to intersect with Alexander Arnold’s crosses. Foden, in his turn, caused numerous problems to Robertson with his narrow-wide positioning. Walker and Mendy provided the necessary width facilitating the pace of Sterling and Jesus.

Shortcomings and the future

One major pitfall in Manchester City’s game plan is the absence of an adequate replacement for Aguero. The Argentinian has a keen eye for goals, a quality Jesus lacks. Nevertheless,  the Brazilian is exceptional in moving without the ball and contributes substantially in the collective effort. His performance against Real in Champions League stands as a paradigm to the latter statement, but the signing of a goal-scorer is essential for the current project.

Furthermore, the acquisition of a ball-playing centre-back (centre-half) resembling Laporte is of paramount importance. Laporte’s pace and ability with the ball are qualities lacking from the rest of the centre-backs. Consequently, the long-term absence of the Spaniard proved to be a significant blow in the quest to retain the Premier League title.

Additionally, no one can overlook the lack of Sane in the majority of the season. The German provided a respectable number of goals and assists alongside the necessary width from the left. His transfer to Bayern Munchen necessitates the signing of an inside forward with the same skills.

Conclusively, the rivalry between the two teams shall grow within the following years. The current facts suggest upcoming battles for any silverware available for, at least, the next campaign. Naturally, this can only be beneficial for the game, as their clash has derived numerous tactical innovations, a pattern expected to continue. 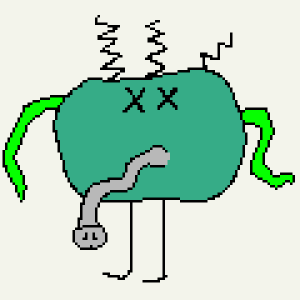 Football tactics have always exerted a certain appeal to the generations growing in the 90s and the last two decades. Colossal figures of these times, such as Sir Alex Ferguson, Jose Mourinho, Pep Guardiola and Jurgen Klopp, have influenced many a folk to indulge further in the people's game. As a part of this generation, I couldn't stand aside. I launched a personal blog discussing the tactical trends of English football. Here we are going to analyse the above theme alongside tactical matters comprising the rest of European football.
All Posts