With debates regarding the PFA Player of the Year vote for the Premier League, I decided to dig deeper and research the Kevin de Bruyne case. I found out some interesting things that people maybe haven’t really made a bigger point out of than they should have been. If we are talking about Messi-dependencia, then we should also be talking about Kevin-dependencia in the absolutely same breath.

I have seen many people claim that Laporte’s injury is what cost City the title, but I’m absolutely convinced that it’s all about The Kevin.

De Bruyne has 32 league starts this season. He has scored or assisted in all but EIGHT of those starts. Absolutely insane return for any player, but especially a midfielder.

Manchester City have lost 9 of their 38 PL games this season: And here’s a breakdown of City’s nine losses this season and how De Bruyne’s involvement may have impacted the results:

If De Bruyne is isolated, marked out or his influence on the game is minimized (i.e. what Mourinho, Klopp, partially Lampard and Ole did) or doesn’t play at all, there’s a ridiculously high chance of beating City. If De Bruyne started and completed all 38 games so far, the title race would probably be a bit more exciting. To me, he’s an annoyingly deserving candidate for Player of the Season, despite my allegiance still lying with Virgil Van Dijk, who if anything, is even better than last season.

Should City be worried?

Hmm, this one I’d rather leave to the more knowledgeable City fans. I think they still have a fantastic squad, but these stats aren’t exactly reassuring. Did something change from last season when City won the league despite lengthy absences from De Bruyne? In my opinion, City are significantly weakened this season, be it due to Kompany’s absence, mental fatigue from the last two campaigns, the bad form of several players, or Laporte’s injury, and that Kevin is able to paper over the cracks on his own. A midfield of Rodri, De Bruyne and Foden sounds good on paper, but it will be a tough task for City to replace Fernandinho and David Silva. 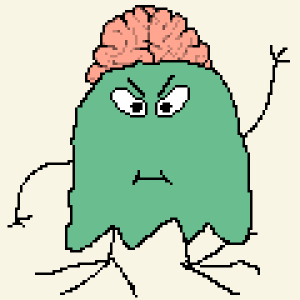