Before heavy investment from Qatar Sports Investments meant unrivaled wealth and total domestic domination for Paris Saint-Germain, there was once a time, just after the turn of the millennium, where the Parisian club were an up-and-coming side full of promising young talent who went onto become footballing icons.

Between the sticks was French goalkeeper Lionel Letizi, who was a mainstay in goal for PSG up until 2006. At the back, sporting incredible long-flowing hair was a certain Mauricio Pochettino, whose solid defensive performances for the club earned him a place in Argentina’s 23-man squad for the 2002 World Cup. Fellow Argentine Gabriel Heinze was a regular at left-back, and his impressive performances in France caught the eye of several top clubs before he moved to English giants Manchester United in the summer of 2004. In the midfield was promising youngster Mikel Arteta on-loan from FC Barcelona who was mainly deployed as a playmaker during his successful time in the French capital. But it was in attack where this squad shined the most, with flair players Ronaldinho and Jay-Jay Okocha creating chances and scoring goals while leaving defenders in their wake. Up top was the classy Nicolas Anelka alongside Brazilian dangerman Aloísio.

The summer of 2001 saw the Parisian club become one of three winners in the Intertoto Cup after defeating Italian side Brescia on away goals over two legs to give them a place in the UEFA Cup First Round. The club’s Intertoto Cup run was a dominant one which saw them hammer both Finland’s FC Jazz and Belgium’s Gent 7-1 on aggregate in the process, as well as brushing aside Ukrainian outfit Tavriya Simferopol 5-0 over two legs to put them in good stead to start the upcoming season. In March 2002, the club reached the semi-finals of the Coupe de la Ligue but ultimately fell short as they were knocked out after a 1-0 defeat at home to Bordeaux. It was a similar story for them in the Coupe de France, although this time the 1-0 home defeat came at the hands of Lorient in the quarter-finals. The club started their 2001-2002 UEFA Cup campaign brightly, seeing off Romania’s Rapid București in the First Round over two legs before cruising past Rapid Wien of Austria with an aggregate score of 6-2. However, things ultimately ended in disappointment for PSG, as they crashed out in the Third Round against Rangers, losing 4-3 on penalties to the Scottish side after two well-contested but goalless legs. Managing a squad full of individual brilliance is often difficult to navigate, an issue which head coach Luis Fernández would soon find out. Nicolas Anelka was loaned out to Liverpool in December 2001 until the end of the season after an ongoing rift with the gaffer. This added to the discontent amongst the players as the manager was already under pressure after dropping fan-favourite Ronaldinho to the bench with accusations about the Brazilian’s lack of work ethic and penchant for city’s nightlife as Fernández struggled to get the best out of a squad bursting with raw talent.

Despite the gifted abilities on show at the club, PSG ended up finishing an underwhelming fourth place in the 2001-2002 French First Division, eight points behind the champions Lyon, six behind Lens and a point behind Auxerre, but it was good enough for them to qualify for the following season’s UEFA Cup First Round. However, the subsequent transfer window saw the core of this cult side start to dismantle with players seeking pastures elsewhere. Okocha left on a free transfer to Bolton Wanderers where he went on to become a cult hero and captain the side for several seasons. Anelka returned to England once again to join Manchester City for a club-record fee at the time and was the club’s top scorer in his first season. Mikel Arteta moved to Rangers despite PSG’s best efforts to keep him at the club on a permanent deal after the Glaswegians persuaded Barcelona with a better offer. Manager Luis Fernández ended up getting sacked at the end of the following season, despite his enduring popularity amongst the Parisian faithful in the stands.

In the years to come Ronaldinho went go on to become the best in the world, Pochettino went on to become the well-admired manager he is today and Mikel Arteta went on to be an excellent Premier League midfielder before becoming Pep Guardiola’s right-hand man and now the head coach of Arsenal, which have all made the PSG team of 2001-2002 into an unlikely iconic side full of household names and cult heroes. 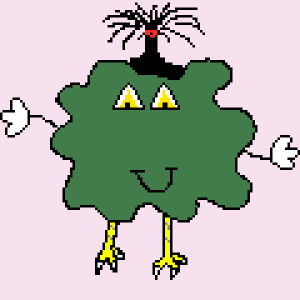 'Freelance football writer with a passion for fan culture and the history of the beautiful game. Founder of Regista Magazine.' (http://www.registamag.com/)
All Posts