A look at Chris Wilder’s tactics at Sheffield United

It is perhaps no coincidence that the two in-form English managers were honing their craft in the Championship a year before, they now sit occupying European places in the top flight. Strikingly, both managers have favoured a similar tactical set-up to their previous year.

There are distinct differences between Chris Wilder and Frank Lampard, namely the resources at their disposal and, more tellingly, the set-up of their respective outfits. They have both however favoured a similar style to the one they were using in the Championship, even with Frank Lampard now at a different side.

As early as August there were signs of Chris Wilder’s intent. After a point away at Stamford Bridge, Wilder commented on his side’s willingness to go ‘toe to toe’ with the biggest sides. “We are not day-trippers getting autographs and collecting shirts.”[1] These words retain their seriousness as we move toward December.

Wilder’s ambition and energy is exemplified by a side that is moulded in his image. Think of the great footballing minds that are leading sides today, and now look at the sides they lead, the calculated triangles in the opponents D, or perhaps the full-throttle efforts in ball retention. “I believe in the players more than they do sometimes,”[2] this sentiment is evident in the willingness of his players to express themselves.

Watching Wilder’s Sheffield United you are immediately struck by the 3-5-2 formation, how it contracts and seamlessly acclimatizes to the pulse of any given game. If the shape of the side was not adventurous enough, overlapping centre backs certainly show a creative willingness- tempered only by timely utilisation. An epithet of great managerial ability is being able to judge the correct moment for a tactical tweak mid-game. Chris Wilder has built a side with the tactical awareness to be able to respond to setbacks. The game against Manchester United at Bramall Lane serves to illustrate a managerial tenacity that you will be hard-fought to match.

Dominating the opening by utilising a compact midfield trio and aggressive pressing from the front line, Sheffield United gained the early advantage.

Lys Mousset didn’t give up on Oliver Norwood’s hopeful ball as he closed down a panicked Phil Jones and sent him flying. Before Jones could lodge a complaint Mousset’s squared ball had rebounded kindly in the path of a grateful John Fleck, who ambled the ball in.

If the first goal had any fortune about it, the second left no questions unanswered. Lys Mousset again regains possession from a lax Andreas Pereira before playing a fleeting one-two with Johnny Fleck. As Mousset regains the ball he charges at a scurrying backline, centres himself, and sweeps in a polished finish from outside the box against a helpless David De Gea. By this point, the Blades were firmly in control and the ‘Ole’s at the wheel’ memes were once more doing the rounds.

Wilder should note that his back three must be aware of the threat down the flanks, needing to adjust to a compact flat five effectively. An incisive Daniel James dart down the right flank shone a light on this issue. As James stands the ball up Sheffield United’s back three focus on winning the header and Basham manages a half-clearance only as far as Brandon Williams, who is on hand to rifle away a first-time volley. The space Williams finds himself in as he strikes the ball will provide food for thought for Wilder who will urge his wing-backs to be more disciplined.

Man United again exploited that right flank for their second as Marcus Rashford turned provider. The back three are once more isolated with a diagonal ball that exposes a thirty-seven year old Jagielka.

At two all, the game was edging one way. The quick-fire goals conceded cause a panic leading the Blades backline to revert to a flat five. The rigid compactness is forfeited in the panic caused by Man United’s relentless forward play. The third goal again arises predictably through exposing the space between wing-back and centre back, this time on the left flank. A quick one-two between James and Martial allows Blades keeper Henderson to be drawn in and the pullback by Daniel James ensures Rashford’s name on the score sheet.

It is at this point Chris Wilder underlines why he is a serious candidate for the best current English manager. With the game having so fleetingly escaped from Sheffield United’s grasp he shows resolve, he is not content with the fantastic performance his players have given for two-thirds of this game. With ninety minutes played the Blades midfield is still displaying impressive fitness levels. Stevens battles down the left and pulls the ball back, and ball dribbles out to McBurnie who slams in after a VAR induced hint of fortune. As the ball is turned into the box you will notice Blades centre back Jack O’Connell just outside the sixteen yard box. The centre of the back trio turns sweeper as Sheffield United bravely chase the game and are justly rewarded.

See also  How will de Jong fit in at Man United? A look at possible 4-2-3-1 formation if transfer is complete

Man United will feel hard done by after the VAR decision went against them but Ole Gunner Solskjaer would have snapped your arm off for point at the seventieth.

“I would have been really disappointed had we not got anything from this game because for the majority of the time we were right up there in terms of the performance levels.”[3] Christ Wilder’s post-match comments show recognition that this point was not a fortuitous one and that their current sixth place standing, ahead of Arsenal and Man United, is an ample reflection of their abilities.

A comparison between Frank Lampard and Chris Wilder is perhaps unfair when we consider the experience in their sides. The Blades boasted only five current internationals against Man United, all of which have represented the Republic of Ireland or Scotland. The wealth of experience Man United had on show, or that which Chelsea posses is incomparable, what is comparable is the tactical knowhow their current manages are showing.

It would be premature to suggest that Sheffield United can mount a serious challenge for Europa League places but they are quickly establishing themselves as a Premier League side. Chris Wilder will be quick in pointing out to his players that they are still some way from safety but, as he has already done, he will remind them that they do not find themselves in their current position through good fortune. They are an outfit displaying a tactical cunning and robustness in their play that they have effectively carried over into the Premier League from the Championship. 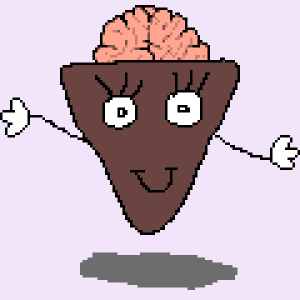