This article is sourced from a string of Twitter posts by Impedimento, translated by the author.

Exactly 80 years ago, a French steamer called SS Winnipeg arrived in Chile, bringing 2200 Spanish refugees, many of them from the Basque country. This was shortly after General Franco’s victory over the Republicans in the Spanish Civil War. The man in France behind the humanitarian effort was the Chilean poet Pablo Neruda, who had previously worked as a diplomat in Spain and was appointed special counsel in all matters regarding Spanish emigration. The Winnipeg left Pauillac, on the French coast, and arrived in Valparaíso a month later.

I felt them between my fingers

that I harboured myself, and later sowed

A free translation by me of an excerpt from Pablo Neruda’s Misión de Amor (Mission of Love), published in his 1964 book Memorial de Isla Negra, never published in English. Neruda later mentioned the SS Winnipeg operation as “the noblest mission I have ever undertaken”.

The Basque national football team was far from Spain when Bilbao fell under Franco’s grip. Seeing themselves in a forced exile, they decided to tour the world to raise awareness about the war and the events back in their homeland. At first, they traveled around Europe but in 1937 they crossed the Atlantic to visit Mexico.

Mexico was the only country in which the “illegitimate” Basques were allowed by FIFA to play against the local clubs. When it came to the rest of South America, it wasn’t so easy. In February 1938, after a short stop in Cuba, the team sailed south to Buenos Aires, where they hoped to face the Argentinian clubs Boca Juniors and River Plate, but these matches never happened. Argentina was one of the first countries to recognize Franco’s government and side with him. The Basques, then, returned to North America. Two players from the squad remained in Argentina, resigned with the idea of never returning to their home country.

But the boat trip from Buenos Aires to Mexico was long and demanding. They had to stop in Chile, then Peru and so forth. This is how, a year before the arrival of the SS Winnipeg, the important port city of Valparaíso left its mark on the history of the Iberian refugees. When the Basques disembarked there, they received their only invitation for a friendly match in South America. In spite of the FIFA ban and the Argentinian setback, a club by the name of Santiago Wanderers decided they were gonna play the band of outcasts. It was May 9, 1938, when the Wanderers and the Basque national team faced each other, in the Playa Ancha stadium (which now is called Elías Figueroa). The match ended with a 4-2 win for the Basques.

Basque football team before their 4-2 win in Valparaíso Back in Mexico, they were met with warmth and solidarity. And ended up writing a bizarrely unique chapter in the history of football: they went beyond friendly matches and were accepted in the Mexican Championship, season 1938/39 which was still amateur at the time. The championship was played by 7 teams, and the Basques almost went all the way: with 7 wins, 1 draw and 4 defeats, they finished second to the great force of Mexican football between the decades of 1920 and 1940, a club named Asturias.

This was taken during their trip back to Mexico, in Peru – they were allowed to wear jerseys to photos, but not to touch a football Here’s the great Basque squad – up until today, the only national team to ever compete in a domestic league… Probably forever? After this, the Basque squad fell apart and a diaspora took place, with some of them returning to South America to play in countries they were previously forbidden to, like Isidro Lángara. He was the top goalscorer in the Spanish Championships of 1934, 1935 and 1936 and didn’t stop after the forced exile, being the second top scorer in that crazy Mexican Championship of 38-39. After that, he went back to Argentina. Lángara played for 4 years for San Lorenzo and, in spite of not having won any silverware, was top scorer of the Argentinian Championship of 1940. Went back to Mexico in 43, where he was both champion and… you guessed it, the top goalscorer.

But football, evidently, was just a minor side of this terrible episode that united those who ran from home and the countries of the other side of the Atlantic. There are many other anonymous characters in these threads of history, like those aboard of the SS Winnipeg, the “Spanish seeds” sowed by Neruda 80 years ago, who had to start their lives over in South America. 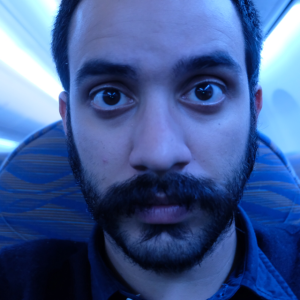 Leo Ferrario is a translator and writer from Recife, Brazil who believes South American football culture is a world heritage that needs to be protected and developed.
All Posts