Manchester United’s disastrous run under Ole Gunnar Solskjaer starting after their famous victory in Paris can be explained due to a multitude of factors. Solskjaer’s inexperience, injuries, incoherent transfer strategy, etc. But the biggest difference between the initial run of games under Solskjaer which convinced Ed Woodward to give the Norwegian the full time job is the presence of Ander Herrera in United’s midfield. 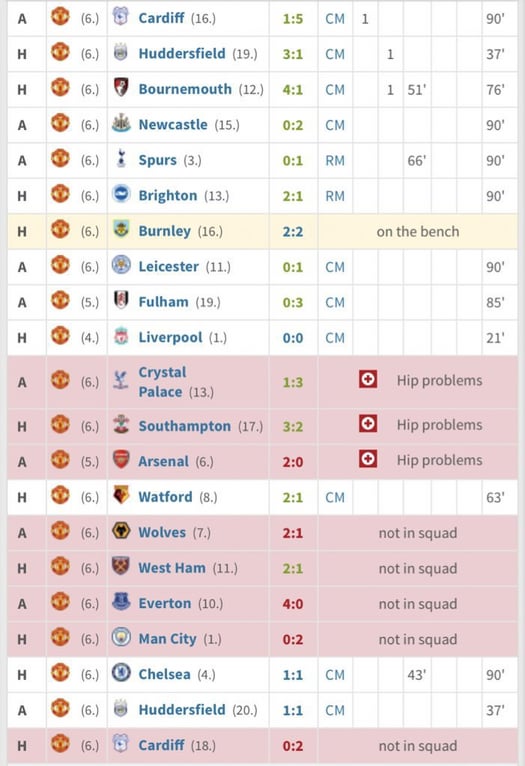 A look at Man United’s results under Ole last season (All the games highlighted in red were the ones Herrera missed) Source:Reddit

Now, blaming all of United’s problems this season on the absence of Ander Herrera is certainly wrong and over-simplification of United’s current problems. But, the fact remains that United played their best football when they were set up in a 4-3-3 formation during the initial phase of Solskjaer’s reign as a caretaker manager. The midfield three of McTominay-Herrera-Poga was crucial to United’s attacks as it allowed Pogba to operate in a more advanced role where he has been the most effective.

This season, Solskjaer has majorly deployed the 4-2-3-1 formation with Paul Pogba in a deeper role as part of the midfield two. With Pogba being the only source of creativity in this dull United side, the change to 4-2-3-1 has backfired spectacularly as United have struggled to create chances in games. Injuries have exacerbated this problem, but the fact remains that Solskjaer simply doesn’t have the players to a play a midfield 3 thereby restricting United’s sole world class player in Paul Pogba to a more ineffective role. We have written extensively on Paul Pogba’s role at United previously and the problem never seems to go away.

It is understandable that Ander Herrera chose to move on, but the failure to replace such a key player in the summer is shocking and Solskjaer definetly should shoulder most of it. United’s single proven goalscorer in Romelu Lukaku was also let go but excuses can be made for his transfer by claiming that he doesn’t fit Solskjaer’s “style”. But the Norwegian’s failure to recognise that Ander Herrera was key to United’s midfield and to bring out the best out of Paul Pogba is unforgivable.