We are obsessed in England with formations and personnel. Before every match we see graphics of players detailing exactly how they will line up on the pitch. We spend hours discussing the pros and cons of three-at-the-back, the positives and negatives of playing two holding midfielders, and the advantages and disadvantages of playing two up top.

Once upon a time there was but one formation for the English football fan and while we have progressed significantly from the days of Mike Bassett and four-four-two, the truth is, we are still a long way behind when it comes to understanding tactics.

Formations and tactics are two completely different entities. A formation deems the position certain players take up in specific situations in a match, but tactics determine what the players actually do when in those positions.

However, while the Premier League may not lead the way in terms of tactical breakthroughs, one thing English teams are incredibly good at doing is replicating the new tactical developments brought in by foreign managers.

A good example of this is the back three Antonio Conte played during Chelsea’s title winning campaign. No Premier League team had ever won the title playing three-at-the-back before but the following season, every team in the league played the formation at least once throughout the campaign.

Football is cyclical. When something is deemed successful and innovative, it will inevitably be adopted by the majority of the teams until it reaches the point where it becomes familiar and predictable and therefore no longer works.

Before Claude Makelele, midfielders in England were box to box midfielders. Makelele created a position that is still one of the most fundamental in modern football. Since the Frenchman’s immaculate spell with Chelsea, every team in the Premier League has been on the look-out for a holding midfielder who possesses similar qualities.

Logically, having a ‘destroyer’ in front of the defence to break up play and release your more creative midfielders further forward makes perfect sense; and this is what clubs have been trying to achieve since Makelele’s debut in 2003.

At Chelsea however, Maurizio Sarri has taken this principle and reversed it. Just like at Napoli, instead of employing a physical, destructive player as his midfield anchor, he uses Jorginho.

Jorginho may not have the strength or tackling ability of N’Golo Kante, but what he lacks in gritty, defensive aptitude, he makes up for with his composure on the ball and his unrivalled passing range.

If you are going to build attacks from the back, it makes sense to have your best player on the ball as deep as possible. The Italian midfielder set a new Premier League record for successful passes in one match against West Ham earlier this season and that is exactly what Sarri will want to see. The midfielder is Chelsea’s metronome. He keeps the team ticking. Why would you want to deny a player like this more of the ball by playing him higher up the field where the space is more congested and time on the ball is less afforded?

Despite Jorginho’s success at the beginning of this season, some Chelsea fans are still asking why Kante – arguably the club’s best player over the last two years – has been taken out of the position he thrives in. If you think back to the original Makelele position, ask yourself why would you want to wait until the opponents are on top of your defence before you break up their attack? Playing ahead of Jorginho, Sarri has two robust and aggressive midfielders, be it either of Kante, Ross Barkley or Mateo Kovacic. The purpose of these two players is to press high and break up play before it ever becomes a danger. These players stop the attacks at source to allow Jorginho the freedom to pull the strings in behind.

Playing your ball winners high and your ball players deeper is a masterstroke from Sarri and something he has been doing for many years. It is surprising that it has taken Sarri himself to bring this way of playing to the Premier League but I do not feel it will be long before we see a lot of teams attempting to replicate this style.

Clubs will now be on the look-out for their very own Jorginho. A player to sit in front of the defence and dictate play. Many imposters will be signed and we will see an influx of ball playing holding midfielders. Until, that is of course, that so many teams have adapted this style that it no longer works. Teams will cancel each other out and play will become far too predictable.

Fear not though, because by the time that has happened another tactically astute manager will have shown us the next phase in the football tactics cycle. And so it will begin again. 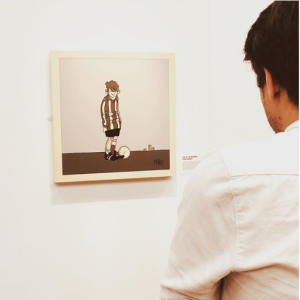