Although Harry Kane’s last-gasp winner ensured that England walked away with a win in their first game of the tournament, England’s system needs to be examined further and perhaps tweaked for when they come up against stronger sides. Although they looked brilliant in patches and got the result they needed, question marks still hang over the midfield.

Gareth Southgate’s chosen system is very inventive and must be credited for what it is – a clever way of packing loads of super quick and exciting players into the starting XI. However, the area of the field that seems to sacrificed in order to get these players in is the midfield. As we’ve seen time and time again, the most dominant teams, dominate the midfield, and the most dominant teams tend to prevail. In a way, England’s top-heavy/back-heavy system seems to overlook, or merely under-staff, the most critical section of the field leaving what looks to be a slightly soft centre.

The 3-3-2-2 or 5-1-2-2 (depending on how you choose to define the wing-backs) looked great at times on Monday when the team was moving the ball at speed in the first half. However, later on, it seemed somewhat stodgy when Tunisia sat deep and the pace of the game had fallen away.

At first glance, England’s system seems to contain some species of a classic midfield triumvirate however, it is somewhat unconventional (read: very attacking) and perhaps not as midfieldy as it might appear. Neither Alli nor Lingard (the two behind the front two) are natural central midfielders. Neither are box-to-box players and neither are classic number 10s. It is hard to define their roles exactly but, at club level, Alli plays probably closest to a 9-and-a-half/second striker and Lingard usually as an inverted winger or, more recently, as a sort of false 10. Both are fundamentally attacking weapons and neither play as the deepest or even second deepest midfielder for their club team. Classifications aside, let’s call them: quite attacking midfielders. Crucially, in Southgate’s system, both of the them are encouraged to push very high up – as are their natural tendencies – and get very close to the front two of Kane and Sterling. As they push up in possession the result for the team is the formation of a frightening front four. It is very appetising for the viewer but it has its negative implications on the overall team shape and ultimately exposes what lies behind its speedy trail: the midfield.

As the front four gathers, Jordan Henderson becomes more and more isolated as the sole midfielder which has two key negative implications. Firstly, he (and the defence at large) are exposed on the counter attack and secondly, he lacks options in build up play when the game slows down. To the first point, it is simply a numbers game – most teams will have more men in the space Henderson is asked to patrol and he could thus easily be outnumbered on the break. Against a top team like Belgium, who will likely have two men behind the striker, floating between the lines, he could be dangerously outnumbered and dominated for large periods of a game. To the second point, as we saw in the second half against Tunisia, if the game slows down and England cease to move the ball with pace, the forward drift of the front four players, further and further away from Henderson, can leave him isolated for options in build up. The result of this drift is that the team gradually schisms into two chunks: one of six and then the front four. Without men dropping deep to pick up the ball or a man who stays deeper to support Henderson (in a classic number 8 role) he becomes restricted to playing backwards or sideways to the wing-backs. We saw this happen in patches against Tunisia in the second half and, as we saw, this can result in laboured and predictable play and thus be easy to defend against for teams for are happy to sit deep.

England were not exposed or overwhelmed in the midfield against Tunisia. Tunisia got close to snatching a point for other reasons – England didn’t take their early chances and Tunisia were awarded a very fortunate penalty. Regardless, from what we saw, the England backroom staff should be aware that the current system has a structural flaw and a very central one at that. The suggestion is that against stronger opponents, Eric Dier will come in to sit alongside Henderson at the expense of one of the four forward-minded players. For England’s sake, I hope he does, otherwise I think we might be seeing England overwhelmed where games tend to be decided: in the middle of the field. 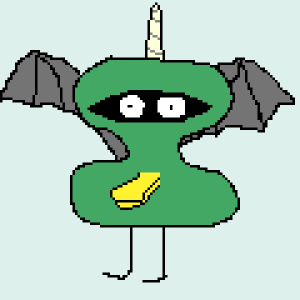