The different interpretations of the 3 at the back formation by Conte, Wenger, Pochettino & Guardiola

Antonio Conte came to the Premier League in rather quiet fashion. The arrivals of Jose Mourinho and Pep Guardiola were the talk of the town. But now, a season on, Conte’s vision and use of the 3-at-the-back formations have revolutionised the Premier League.

Before the Italian, no more than two or three systems were implemented throughout the league. Most clubs used the 4-2-3-1. Chelsea themselves were famed for doing so, fielding a trio of Mata, Oscar, and Hazard and allowing the players to freely interchange roles in the attack. The 4-4-2 has always been one of football’s staples. Claudio Ranieri miraculously won the Premier League with Leicester with that set up in the season prior to Conte’s arrival. The 4-3-3 was a tad less common. Few clubs used it as a blueprint for their play, but it was always an option for in-game tweaks or used as an alternate when squads became overwhelmed with injuries or suspensions. Liverpool took to it, however, with Jurgen Klopp’s arrival. And even before the German, a variation on the tactic was used with Raheem Sterling, Luis Suarez, and Daniel Sturridge as the front three.

But then came Antonio. He did not immediately release his famed 3-4-3 formation onto England. His original hopes were to gather the necessary players before changing to his preferred 352 system. His Chelsea sides were first fielded in a 4231 formation. It was not ideal and left much to be desired as the victories were secured with last-gasp winners, if at all. After a severe 3-0 defeat at the Emirates to cap off a disappointing September, Conte decided to switch things up. In the first game of October, Chelsea started with a 343 formation. The players immediately took to it, beating Hull City in the first hurdle of a 13 game winning run. Other managers took note. Now, past the midway mark of the 17/18 season, it is harder to find a team in the Premier League that does not use a 3-back formation in lieu of one opting for the more classic four man line.

Each manager went about the transition with his own vision, but there are several fundamentals to the 3-back. It is deployed with three CBs, two wingbacks that are usually tasked with hogging the sidelines to provide width, and the front five are free for the manager’s use. The team could play with a two-man pivot in the midfield, two wide attacking midfielders given the freedom to roam and move into the inner channels, and the central striker – as Chelsea did last year. Or, the manager could start with a three-man midfield, and a striking pair up top. In this 352, one of the attackers is usually used as a centre-forward or the pivoting attacking midfielder. Lastly, a four-man midfield diamond could also be deployed, but that is far less common in the Premier League. Most crucial to each system is the set-up of the three CBs in the last line and the role of each of those individuals. From the base, stems the entire system.

Conte was the first to introduce the tactic to the British Isles and uses his defence in the most orthodox fashion. With Gary Cahill, Cesar Azpilicueta, and David Luiz at his exposal last term, and the additions of Andreas Christensen and Antonio Rudiger in 17/18, Conte favours using a central ball-playing defender and using the two wide CBs as his shielding cover. Luiz was Chelsea’s architect in 16/17. Sitting comfortably at the centre of the three-man defence, Luiz would drop slightly deeper where he would have the space to play long diagonal passes to the wide wingbacks. The two wide CBs – Cahill and Azpilicueta – would step up slightly beyond the midfield line. They would patrol the area ahead of Luiz and initiate moves from the deeper wide areas. Purposefully placed in the half-spaces on either flank, Cahill and Azpilicueta’s positioning would jointly provide cover for Luiz and both of the wingbacks. Marcos Alonso and Victor Moses would be free to keep their width by the penalty box, resulting in a grander scale arch in the opponent’s half. Luiz was the pivoting tip, the wide CBs were the cornerstones, and the wingbacks’ width determined how wide the pillars would stand.

This enabled Conte to grant his attacking midfielders almost full freedom as all areas but the centre were accounted for. Conte’s 343 was the template for other managers, not the benchmark. It left a lot to be desired, especially in central areas. Pochettino has always favoured a more possession-based game in contrast to Conte’s Italian love for the Catenaccio and thus used his three-man last line of defense rather differently. The wingbacks served the same purpose – provide the width for the whole team. But in lieu of having the two wide CBs step up, Pochettino used Eric Dier as a CDM/CB hybrid. The Englishman is a natural in both positions and thus was instructed to play a foot in both fields during the game. When Spurs did not have possession, Dier was a defender and took up his central position among the CBs. In possession, Dier pushed slightly forward into midfield. Acting as the deepest lying midfielder, he provided cover for the wide CBs and was always a passing option for his midfielders. Pochettino went for the compromise. He wanted to free up his attacking midfielders by only using his wingbacks on the flanks, but didn’t want to leave his midfield with a sole two-man pivot. Thus, he used Dier as sort of a transition man. The tactic and formation depended on the in-game situation, but Pochettino could field three CBs without giving up a three-man midfield that so many possession based systems use.

This year, Spurs have been dealing with injuries all season round and Pochettino had continuously been forced to adapt his tactics to the players he has available, and the newboy Davinson Sanchez.

Arsene Wenger’s use of multiple fullbacks.

Wenger ushered in his own revolution in England roughly two decades ago. And he is certainly sailing Conte’s winds this time around. But there is one screamingly obvious difference in the two man’s tactics – the implementation of a fullback into the three CBs and his individual role. At Chelsea, Conte converted Azpilicueta into a CB. Originally a defensive minded fullback, the Spaniard took to his new role without a simple complication. Wenger chose to do the same with Nacho Monreal, but still uses the Spaniard as one of his main attacking threats. Having played as an LB for the majority of his career, Monreal now starts each Arsenal game at LCB. The five defenders function similarly to Conte’s design, with Laurent Koscielny and Shkodran Mustafi making up the rest of the three CBs. Monreal always keeps his positioning no wider than the edge of the penalty box. He steps up into midfield slightly, and when space ahead of him opens up, make deep runs into the box. Essentially, he functions as a fullback, but more of an ‘inside fullback’. He always looks to play a one-two with any of the Arsenal midfielders and to cutback passes from the byline. Monreal’s even notched up a goal or two with his runs and attacking intent. While the Spaniard surges forward, Koscielny and Mustafi revert to the CB pairing of the more orthodox four-back formations.

Pep Guardiola’s combination of all three

It’s no secret that Guardiola is a tactical genius. His teams are drilled with rigid instruction yet display some of the most fluid football, all in due to the Spaniard’s dedication to play football in his image. It took him a season to adjust to England, and now he is conquering the Premier League and rewriting every record under his own name. At the beginning of the season, before Manchester City’s new left-back Benjamin Mendy got injured, Guardiola used his own variation of the three-back formation. He took a little something from every manager. The three starting CBs were Nicolas Otamendi, John Stones, and Kyle Walker – who was asked to play as an RCB despite playing as an RB for all prior years in his career, just as Monreal. Otamendi was the anchoring CB. The Argentine was instructed to remain as the last man of the defence, staying furthest back. He was to provide cover for Walker, who Pep demanded to play as an ‘inside fullback,’ exactly as Wegner used Monreal. Just on the other side, of course. Lastly, Stones was given a freer role. Guardiola bought the Englishman for a hefty sum two summers ago, primarily for the bravado with which he plays and his on-the-ball abilities. In this tactic, Stones was granted the freedom to venture slightly forward, almost playing as a second defensive midfielder alongside Fernandinho. Stones passing range and dribbling prowess help the young Englishman to spread the ball about and hold his own under pressure.

Up until Mendy’s injury, the tactic was proving overwhelming for any opposing side. Guardiola is yet to revert since the French defender got sidelined, and is unlikely to revisit until his return. Pep used the three-back so he could start the striking duo of Sergio Kun Aguero and Gabriel Jesus together. Saying himself that the tactic would not work without Mendy, Guardiola has hence fielded the City men in his preferred 433. 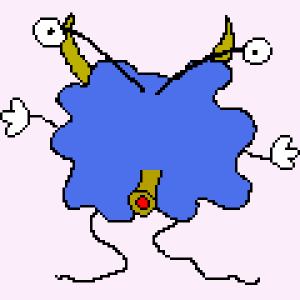