A look at Manchester United’s 3 at the back formation

When Jose Mourinho sent his team out against FC Rostov in the first leg of the UEFA Europa League, it was quite surprising to see that three centre backs were named along with Antonio Valencia and Daley Blind as the two full backs. It was quite puzzling as they have not played that particular system the whole season prior to that. This trend has continued over the next games with United playing this system against Chelsea in the FA Cup and then again against Rostov in the second leg. The major reason as to why this may have been done was to mirror the opposition in the set up and look to nullify the threats posed by the opposition in such a system. In Russia, Man United had to make do with a sub standard pitch which would not allow them to play their routine passing game. Also, the fact that Rostov played a three/five man backline prompted Jose Mourinho to mirror the Russian tem and match them. With Mkhitaryan paired up front with Zlatan Ibrahimovic, United set out in a 3-5-2 formation with Mkhitaryan offered a free role in the set up. United played long balls from the back and did not bother much with build up play due to the standard of the pitch as they clocked their worst numbers in terms of pass accuracy in that match. Link up play up front from Mkhitaryan and Zlatan helped United to a crucial away goal before the away side equalised in the second half. It was a great result for United to take home considering they did not suffer any injuries and also had the away goal despite the conditions. On the back of the 4-0 score line suffered earlier in the season at Stamford Bridge, Mourinho would have been keen to avoid any such situation wherein his team were out run in any part of the pitch. In this formation, there was a slight tweak in order to accommodate to the demands of the Chelsea team. Phil Jones was tasked with closely man marking Eden Hazard who operated in the left half space. Hazard has been prone to dropping off movements in this formation while also finding himself in central and right half positions when Costa vacates his number 9 position. Jones was tasked with keeping Hazard quite while Pogba and Herrera went up against Kante and Matic. This meant that there was little pressure when Luiz had the ball. But once Luiz played the ball to Cahill, Rashford would move very quickly to press him to force a long pass and have a better chance of having a turnover.

The tactics in this match along with the intensity within the structure worked well in this match as Man United managed to keep Chelsea within their grip and defended well. Herrera’s red acrd proved to be decisive as Chelsea could generate a free man in build up easily now as the midfield was badly out run by Kante and Matic. Rostov were able to bring a respectable score line to Old Trafford and had to score at least once in order to have a chance of progressing to the next round. United set out in the same three at the back formation but had the likes of Mata and Ibrahimovic to provide the quality up front. They struggled to create much against a resolute Rostov side who looked to camp inside their half and hold out long enough before they could fashion out chances on the break. The ploy might have worked as the nerves began to grow inside the stadium with United struggling to break down a stubborn Rostov defence. The main reason why United could not enjoy much joy against the Russian side was the lack of spaces for Mata and Mkhitaryan to operate in the final third. However Mata’s goal in the second half coupled with good saves from Romero in the half ensured United progressed to the quarter finals. Having played three at the back against teams that also played a similar system, it came as a huge surprise that Mourinho chose to do the same against Boro, who did not advocate the same. The major reason for this might have been the absence of Zlatan Ibrahimovic and Ander Herrera, both of whom were suspended while Paul Pogba was out injured. United played Lingard and Mata up front along with Marcus Rashford while Fellaini partnered Michael Carrick in midfield. On hindsight it might have been a struggle for United to breakdown a resolute Boro defence. However it was not to be and despite a late scare from Boro, it turned out to be a regulatory win for United as they comfortably saw of the newly promoted side.

The reason for United being able to dominate Boro was that Boro had much of their possession in passive states as they rarely threatened to play vertical passes. Long spells of possession ended with a turnover inside the United half which they could convert into a threatening counter with the pace of Rashford and Lingard.

With many managers looking to play three defenders at the back, Manchester United have joined the trend. It looks to be a one off though, as Mourinho usually prefers to play a solid 4-3-3 or a 4-2-3-1, as has been the case thus far at Old Trafford. Ahead of the game against West Brom, Mourinho is again faced with a number of absentees and it might be a surprise this time around if United do go on to play a 3-4-3 or a 3-5-2 as Phil Jones and Chris Smalling both set to miss the match. Whether the tactics were used out of necessity or 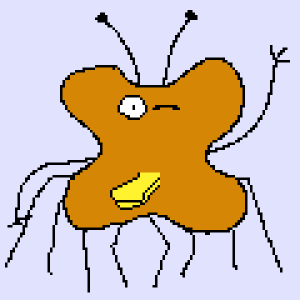