Saiguhan Elancheran
Saiguhan is an ardent fan of Manchester City. He loves tactics and seeks to learn a lot about the same.

AS Monaco have been thrilling the football world with their attacking displays. Their transformation under Leonardo Jardim has been truly remarkable. Having scored a whopping 80 goals in the first 29 games so far, Monaco are ripping apart defences and they are doing in it a defensive-minded league. They have scored 22 goals more than the league leaders OGC Nice and 18 more than the domestic champions PSG.

For most of the season, Jardim has favoured the 4-4-2 formation. Bakayoko, Thomas Lemar, Fabinho, Sidibe, Bernardo Silva, Kamil Glik, Germain and Falcao form the core group of the team. The manager encourages his attack-minded full backs, Djibril Sidibe and Benjamin Mendy to get forward and provide speed and width to the attacks while Fabinho and Tiemoué Bakayoko remain disciplined in central midfield. The front two have been the devastating tip of the attack as the strikers have racked up goals in huge numbers. A total of 56 goals have been scored in the league from just 17 games and their strikers have a lion’s share in it. The forwards – Falcao, Valere Germain, Guido Carillo and Mbape-Lottin have amassed 26 goals between them. Many from the midfield have also contributed with the goals as the likes of Thomas Lemar, Fabinho and Boschilla have scored 6, 5 and 4 goals respectively.

The fact that their attack has been more dangerous and lethal than the likes of Barcelona and Real Madrid, is very astounding although it is in the weaker French League. Monaco have outscored them all by a huge margin, and they are doing it in a historically defensive-minded league. It has been nearly fifty years since a team scored this many by this time of the season, St.Etienne found the back of the net 50 times in just 15 games in 1969.

After his side were soundly and mercilessly thrashed 4-0 at Stade Louis II last month, Marseille coach Rudi Garcia said , “they would score even if asked to play blindfolded.”

This season, they have scored 33 goals in nine home matches, after netting 30 in 19 games for the whole of last season, and only 23 in the 2014-15 campaign. Two years ago, they topped their Champions League group with just four goals in six games, but now have nine in the six fixtures, sitting in first place again.

Leonardo Jardim was criticised for being too cautious when he first took over at Monaco in 2014. He was slated for his boring football in the first two seasons of his tenure. The club scored just 51 goals in the manager’s first season, in 2014-15 and 57 in the last season. There has been a drastic change in the same stat this term. Jardim’s team has always been well-drilled but, given their newfound record in front of goal, they now appear capable of winning the Ligue 1 title.

Radamel Falcao returned to the club after two disastrous loan spells in the Premier League at Manchester United and Chelsea, and Monaco decided to keep the Colombian striker this time. Scoring 11 goals and providing 2 assists in just 13 appearances in the league, Falcao has been in the form of his life. 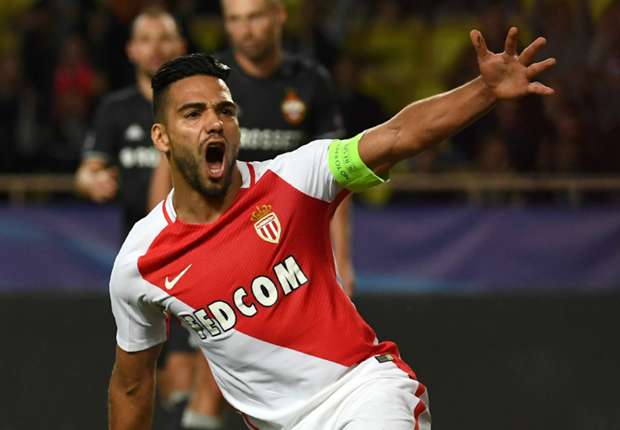 It’s an understatement to say that his career has been a roller-coaster ride in the past 5 years. He has witnessed from the highest of highs to the lowest of lows for a footballer of his caliber. The striker’s comeback after the tough period has earned plaudits from manager Leonardo Jardim, who insists the team can achieve something great with Falcao. Radamel Falcao needs to be lauded for choosing the path of proving himself again when he could have easily gone the China route for a big-money contract. The striker has proved time and time again that he’s a fighter on the pitch and his efforts are finally coming to fruition with Monaco. The player has been rewarded for his hard work with a recall by Colombia for their upcoming World Cup qualifiers, after an absence of almost 13 months from the National team.

Having seen players move out of the club in these two years – Anthony Martial moving to Manchester United, Yannick Carrasco to Atletico Madrid, Layvin Kurzawa to PSG, Geoffrey Kondogbia to Inter Milan and Aymen Abdennour to Valencia – Jardim has dealt brilliantly in shaping up the team

Valere Germain came back after an outstanding 2015-16 season at Nice. The defence became much more stable thanks to the purchase of the brilliant Polish centre-back Kamil Glik from Torino. The arrival of the attack-minded right-back Djibril Sidibe allowed him to move the versatile Brazilian star Fabiano into midfield. Benjamin Mendy, signed from Marseille, offers speed and mobility on the left flank.

Tiemoue Bakayoko developed into a tactically astute defensive midfielder, largely thanks to Jardim. The exciting 21-year-old midfielder,Thomas Lemar has come of age this season and can further improve. The Portuguese wizard Bernardo Silva, the main source of creativity and imagination, is in his prime too, having completely recovered from injuries. The sensational 17-year-old forward Kylian Mbappe is also showing promise.

Bakayoko at the heart of the midfield has been the most important player for them having played 15 games in the league, scoring 2 goals and having won 2.6 Aerials per game with a passing accuracy of 87.7%. Thomas Lemar is the attacking gem of the team with 6 goals and 4 assists so far. Germain and Gurillo have been producing great partnerships with Falcao as Germain has scored 5 goals with 2 assists and the latter scoring 7 goals with 1 assist.

Though they have seen setbacks which include the likes of 4-0 thrashing at the hands of Nice and 3-1 defeat to Lyon at home, they have celebrated extraordinary victories. The 3-1 victory against PSG at the start of the season was convincing. They also have seen 7-0 win at Metz in October, and the home fixtures have been truly phenomenal. They thrashed Montpellier (6-2), Nancy (6-0), Marseille (4-0) and Bastia (5-0).

Destroying teams with their attacking prowess, things all seem to be going in the right direction for them at the moment.  Monaco currently sit second in the league just 2 points behind OGC Nice. If they continue their current form even after the winter break, cometh the month of May they may end up as the Champions.