Mauricio Pochettino’s Tottenham side last year overperformed by just about everybody’s standards. After the team finished 5th in Pochettino’s first season in the 2014-15 campaign, there were not many improvements made to the squad. In 2015-16, however, Tottenham Hotspur shocked just about everyone. How did they do it? With a pressing system unique to Pochettino that simply outworked and outsmarted the rest of the competition.

Firstly, Poch (as the Tottenham supporters call him), likes to line his teams up in a 4-2-3-1 formation. Which includes a back 4 with one center back who typically drops a bit deeper than the rest, Jan Vertonghen with Tottenham, one center back who is a bit more attack minded and starts attacks with his passing, Toby Alderweireld, and two fullbacks who sprint as far and as fast up the field as possible, essentially acting as wingers on the attack, Kyle Walker on the right, and Danny Rose on the left. Just in front of that back 4, the two men in defensive midfield play in a double pivot role. One of the two plays as a true defensive midfielder, Eric Dier in this case, while the other man will play in a bit more of an attacking role, mostly recovering balls off of turnovers and feeding the attacking band in front of him. That 3-man attacking band is where the real magic of the press occurs. In the middle of the band, there’s a true #10, a classic attacking midfielder who roams the field and is where the offense will mostly flow through. For Tottenham, we mostly saw young star Dele Alli in that role, although Christian Eriksen also featured at the 10. The wingers on either side of the CAM are very different from a traditional winger. Pochettino, and others who run similar systems, like his wingers to be strong, aggressive defensively, and good with the ball. Now while that doesn’t really sound any different from a normal winger, what makes Poch’s wingers special is that he asks them to pinch into the middle of the field, often even getting on the inside of the striker. Although it would seem that this would create quite a crowded midfield, with about 5 men all playing somewhat centrally, Poch likes his fullbacks to create width, and they normally will make long runs that bring them to the side of the 18 yard box, so the fullbacks essentially act as a classic winger, making long runs with the ball to deliver a cross. This allows the actual wingers in Poch’s system, Erik Lamela on the right and Eriksen on the left are his first choices, to play more creatively and conserve their energy for where they really shine, which is on the press.

Now, let’s focus in on each line of the team, and what really makes them tick.

For Pochettino, everything offensively really starts with the goalkeeper. Tottenham’s #1, Hugo Lloris, is just the perfect keeper for Poch’s system, which is extremely lucky, as Hugo was brought in long before Pochettino was. Lloris is asked to give out very risky passes with his distribution, often punting the ball upfield to one of the players in the attacking band, where the ball is easy to be stolen. The point of this strategy is to catch opponents when they are not necessarily expecting it. If the strategy fails, Poch can trust his holding midfielders and back 4 to get the ball back quickly. Now, let’s talk about that back four.

The defense is quite interesting in Poch’s system. The two center halves will set the line, which is quite high usually, and, as I stated above, one will play a bit more of an offensive role, while the other will often drop back a bit deeper. What makes them interesting, however, is that they often split out quite wide, which allows the defensive midfielder, Eric Dier, to drop back into the defensive line and play as a third back center back. Dier, who used to play center back actually, is perfect for this role, as he is quite a mobile player, and has the speed and smarts to transition from defense to midfield seamlessly. Dier is often required to drop back, however, not due to a lack of quality in the back four, but because Pochettino asks quite a lot out of his fullbacks. Pochettino’s fullbacks, like I said above, really are just wingers who happen to be good at defense as well. With an already high defensive line, as is true with most pressing systems, Poch likes his fullbacks to play even higher up the pitch, so that they can disrupt play from the opposing team quickly, and then run with the ball down the side of the field, starting a counterattack before the opposing team could even start an attack of their own. You can really see the best example of this from this image of where each player had the most influence in Tottenham’s matchweek 37 game against Southampton: Both Walker and Rose, throughout the match, had the most influence on the other side of the pitch. That means they spent the most time, played the most passes, intercepted the most balls, etc., etc., at those areas of the field. Without Pochettino’s fullbacks putting in so much work, his entire system would fall apart. They provide width in the attacking third, cause disruption in midfield, and provide sound defending in front of their goal.

In the defensive midfield, we have pretty much already outlined a bit of what they do. Eric Dier, the true defensive midfielder, will, again, drop back into the back line, or press up the field just a bit, but his main job is to really seal up the midfield, and make sure that the center backs don’t have to deal with any truly menacing attacks. His partner in midfield, usually Dembele, is allowed the freedom to then act as more of a stabilizing presence, as he is tasked with being extremely strong on the ball. His job is really just to receive the ball however he can, and make sure he doesn’t lose it, and then deliver it to the attacking four. In this image below, you can see how Dier and Dembele set up and move. The attacking band is where it really gets interesting.

We have already talked a bit about the wingers, and what they do, but let’s explore that more in detail. Of the two wingers on the pitch, neither really acts like a traditional winger. One will mostly pinch into the middle of the field, and help assist the #10 with facilitating the attack and feeding the striker. While the other winger will help a lot defensively, and will be asked to carry the ball up the width of the pitch. The #10 really just plays as a fairly traditional number 10, helping to create attacks, and attacking the goal with menace. Now, although those are the roles that the attacking band is given, often the three players will interchange between roles. Below, you can see about where Poch’s attackers line up, and where they move. This is because of what they are asked to do on the press. Poch wants his attackers to press up the field as high as possible, and to cover as much ground as possible, so often, for example, Erik Lamela will start on the right side of the pitch, press a defender in the middle of the pitch, and then receive the ball streaking down the wing on the left side of the pitch. This requires a high level of understanding and chemistry between all the attackers, which explains why Tottenham struggled a little bit in the first few matches of last season. Going back to the press, Poch does not press in a very traditional way, where every player is required to mark a man up and down the field. Nor does he use the “gegenpressing” system of Klopp. Rather, Spurs run a system that relies on pressing triggers. For example, when an opposing player receives the ball in his own defensive third with his feet facing his own goal, Lamela or another midfielder will quickly pounce upon that player, and pressure him to make a risky pass in order to simply get the ball away from him. This often results in Spurs winning possession in their own attacking third, leaving them just 20-30 yards to create a goal, which is far easier than having to build up from the back. Spurs also use a zonal pressing system, so each player is assigned a zone when the other team has the ball. Due to this, Poch has to trust his players to make the right decision on when to press or when not to press. You see, because each player is given a zone, they have to defend the entirety of that area, and when they make the wrong decision and venture outside of their zone to go press up on the ball, they can leave entire areas on the pitch alone and unguarded. However, when they make the right decision, the system works perfectly. This is why Spurs did not perform very well under Poch in their first season, but quickly improved in the 2015-16 season, as they simply knew what to do better.

The movement of the striker is one of the most interesting parts of Poch’s system. As the most forwards man on the pitch, the striker is often asked to move all over the field, and to press up as high as he can. Specifically, he will often sprint towards the opposing goalkeeper just to cause some havoc and hopefully get a deflection and possession. So, this causes the striker to be strewn across the pitch quite often, and not always exactly in the center, even though his described position is “center-forward”. On offense, Poch likes his teams to use lateral movement of the ball and the players to scramble up the defense, and force the opposing team to shift a little more than they would probably like to. Doing this creates wide open lanes for runs to be made into the box. Thus, Harry Kane, Tottenham’s center forwards, will often play outside of the wingers. This allows him to move laterally often, and for the entire attacking band to interchange between themselves and keep the ball moving. As the attackers move across the pitch, the opposing defense will start to stretch out to try to cover Harry Kane playing out wide, but also Dele Alli or Christian Eriksen, for example, who are roaming in the middle. Because the defense is stretched so thinly, there are many open passing lanes for Kane or the other attackers to make runs into. This is why in this video, you will see most of Kane’s goals are on the receiving end of a run that he made from out wide into the middle, or they are Kane running with the ball from the outside into the box.

To conclude, Pochettino’s system is one of many quirks. He has very specific roles for each one of his players and positions, and when they are all executed, the system works perfectly. When they are not, it is easy for Tottenham to quickly lose form. This system is mostly influenced by legendary manager Marcelo Biesla, but Pochettino has added his own evolutions and advances to really perfect one of the most tactically sound systems in all of Europe. 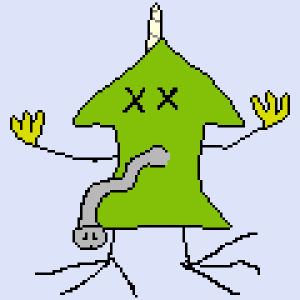