How good is the Scottish Premiership ahead of 2016-17 and is it levelling out?

Pogba is a name the footballing world has come to expect at every turn in recent times and it’s without sarcasm that one might suggest he belongs within Scotland.

Not getting carried away, the player cited here is of course Partick Thistle’s Mathias Pogba, the elder brother of Paul. While sharing a father, uncanny resemblance and nearness of age, the siblings don’t exactly compliment each other in footballing terms, but to even flirt with notions of contrasting ability lends a segue in revisiting Scottish football at the peculiar junction of its undoing, with such a condition held mercilessly under the noun ‘standard’.
So just how good is Scottish football? Nearing the start of a season which sees us land in 2017, a high time for football north of the border, does the word ‘standard’ cease in carrying a demeaning connotation wherever the Scottish Premiership is concerned?

Conjecture aside, one thing is for sure – the forthcoming domestic season will piggyback on a formally restored Auld Firm rivalry, itself made palpable again after two do or die cup matches a season apart – the first starkly different to the latter, with Rangers the better side across last season’s Scottish Cup semi-final meeting vs Celtic, having shown up feebly at the same venue the year before. And to think that a green and blue Hampden Park is an isolated occasion, worlds apart from a sparsely-filled Tulloch Caledonian ‘Stadium’ or New Douglas Park every other week. And yet Inverness Caledonian Thistle and Hamilton Academical are decent sides deserving mention among Britain’s top 60-70 clubs, yet some detractors view the Scottish Premiership as no superior to England’s League Two. Among them is Plymouth Argyle boss Derek Adams who claims the English fourth tier is a match for Scotland’s first, but a retort to the Glaswegian espousing quality over attendance numbers, as the cornerstone of judgment, wouldn’t go amiss, no matter how forsaken the 6000 capacity venues of the Premiership often appear across too many folded seats.
So what to really make of the Partick Thistles, Hamilton Accies, Dundees and Caley Thistles of this world? If not ‘admired’ exactly, how well understood are such sides outside of Scotland on pure footballing grounds? Does flirtation with Scottish football leave a favourable enough impression capable of rendering Celtic as something other than a leader of hapless disciples?

Fortunately there’s proof within to suggest a slow but sure breaking of the stereotype. Take the example of Dundee’s 21-goal man Kane Hemmings whose conversion tally last season earned him an unlikely runners up spot to Celtic’s Leigh Griffiths, as the strikers shared 5 assists a piece. Not bad for a forward whose Dundee side eventually finished 8th after a hugely impressive start, itself notable for spotlighting the form of colleagues like Greg Stewart – a player no less ready of stepping into the Celtic team than a Ryan Christie or Scott Allan.

Further, we should proceed in addressing Celtic’s ebbing dictatorship, itself inseparable from European dissolution while increasingly apparent domestically. The side’s recent shortcomings suggest that Scottish football is in fact levelling out rather than becoming more and more about a green-tinted Glasgow. And this can only be a good thing, even if the overall ‘standard’ of the Scottish game has ample room to improve.

While Deila now has a successor in Brendan Rodgers, we shouldn’t automatically assume the former Liverpool boss will remedy things immediately (cue Gibraltar’s part-timers), and it seems Celtic are at the beginning of a sea change more universally as Rodgers’ appointment follows the recent emergence of young Hoops talent, comprised largely of Scots in Kieran Tierney, Christie and Allan et al. While early signs are good, the semblance of The Bhoys as vulnerable Champions instead of formidable ones speaks more to a scarcity of years and mileage rather than being a slight on the team’s overall ability. Fronted by 20-year-old stirkerMoussa Dembélé, we’re odds on to see a largely inexperienced Celtic side uphold their domestic crown next term meaning Aberdeen would be crazy in thinking a realistic title bid is beyond them, however cynical Dons fans might’ve grown after consistently falling short as runners up. While the margin separating Scotland’s top two was a whopping 15 points last time out, the fresh arrival of youngsters like Miles Storey might just suffice in carrying a tight-knit group of underrated Aberdeen players over the line.
Without suggesting an obvious Auld Firm bias as a next port of call, it’s interesting to contrast Celtic’s blanket juvenilia with the appearance tally of Rangers players, many of whom owe a great debt to the English Premier League, Championship and League One. Niko Kranjčar and Joey Barton stand out instantly as familiar names located in Spurs and Manchester City folklore, while a reunion with former QPR colleague Clint Hill sees the three main areas of the park catered to across just as many experienced heads.

Meanwhile, moving outside of Glasgow and away from the UK altogether momentarily, we arrive at Scottish football’s most compelling sub-text this summer. Pitting humble Northern Ireland against World Champions Germany at Euro 2016, football back home received an inadvertent plug as Hamilton Accies goalkeeper Michael McGovern found the form of his life up against Mario Gomez and esteemed company. Elsewhere across the Northern Irish ranks, Aberdeen’s Niall McGinn became the only Scotland-based goalscorer at the finals while Kilmarnock’s Josh Magennis contributed further to a personal fairytale run with a couple of strong cameos off the bench. While calling upon examples like these shouldn’t be seen as some botched attempt at aligning Scottish football among Europe’s elite, we can at least derive a sense of perspective from such direct match context beyond comparing Pogbas.

Looking elsewhere at the Scottish top flight ahead of 2016-17, Conor Sammon represents a wise bet at determining the league’s true level. The Irishman is preparing a sooner than expected return to Scotland direct from England’s second tier after an all-too-brief spell in the Premier League with Wigan Athletic. A success in the Championship with Derby County all the same, Sammon might thank Scottish football for fostering his emergence after three strong seasons at Kilmarnock between 2008-11. Now at Heart of Midlothian, much will be expected of Sammon despite his nearing 30.

If it’s true we’re seeing a levelling out of Scottish football capable of thinning disparities apparent across its catalogue, 2016/17 should reunite the country’s weary elite while exciting neutrals across the board with a series of upsets, none of which should be attributed to the pretext of chance, and needn’t arrive as great surprise. Borrowing just a couple of examples from last season, wins for Ross County and St Johnstone (minus their two key players) over Celtic suggests Scotland’s most envied club needs to take a good look at itself if the post-mortem of Gibraltar and Lincoln Red Imps is to stay within the British Overseas Territory. While coming across the first leg and not the decisive second, events on the Iberian Peninsula sit dangerously close to the start of the domestic campaign and next month’s opposition will be raring to go against the nigh-perennial Scottish Champions. Over to you 2016/17. 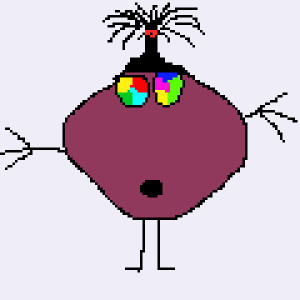