In the build-up to the Euro 2016 Final, the hype has primarily been around France. This is obviously understandable; they’ve had a nearly flawless record, winning 5 out of their 6 games, drawing the other. They’ve scored the most goals (13) and created the most chances (88, equal with Germany) throughout the competition. They have arguably the two top performers so far in Payet and Griezmann, and the final is also on home soil.

However, I’m going to look into the two teams in more depth to see whether it is justified for be playing down Portugal so much. To do so I’m going to compare the two sides’ expected goals figures.

Prior to comparing France and Portugal, the teams that both sides have played must be evaluated. It would be unfair to compare France to Portugal as France had a much tougher run.

I personally consider both runs pretty equal in difficulty, and therefore believe the xG comparison to be a very valid one.

France have appeared far superior to Portugal offensively so far in the competition. Ronaldo and co. have at times struggled to find the net whereas France, especially Griezmann, have been prolific. When you look at the raw goal figures, the gap is clear; Portugal have scored 1.20 goals p90, whereas France have scored 2.17 goals p90. However, when you look at expected goals, the gap in attacking ability is much closer than it appears.

France have outperformed their expected goals, with their ‘xG For’ efficiency at 1.33. This tells us that France have been lucky with their goal scoring form, and are unlikely to continue it.

Whereas Portugal have underperformed their expected goals, with their ‘xG For’ efficiency at 0.89. This tells us that Portugal have been unlucky in front of goal, and in most other scenarios would have scored more. The main reason for this is Ronaldo. At times he has seemed to have lost his goal scoring touch, particularly against Austria. However, on any other day Ronaldo would probably have scored 2 or 3 that game. Hence his open play goals are 0.85 times lower than his open play xG, which is rare for a player who tends to always outperform his expected goals due to the quality he possesses.

France are still the better attacking side, with 1.63 xG p90 relative to Portugal’s 1.35 xG p90, but as you can tell, this paints a picture of two sides who are much more evenly matched. When you look at raw goal figures, France appear also like they have the stronger defence. Portugal have conceded more goals than France in the tournament so far with 5 relative to France’s 4.

But again, when you look at expected goals the figures are a lot more appealing to Portugal. Portugal have an xG against per 90 of 0.66, however France have an xG against p90 of 0.75. This tells us that the Portuguese defence has been the stronger over of the course of the tournament so far.

This makes sense as Portugal have generally been quite solid over the course of the tournament. William Carvalho has protected the back 4 well who haven’t had that much to deal with. It was the Hungary game solely which let down their record when they conceded 3 goals, however 1 dream half-volley and 2 deflections are 3 very unfortunate goals to conceded. This misfortune can be seen numerically in the graph below, with Portgual’s xG against efficiency being 1.14.

France on the other hand, despite conceding fewer goals, have justified the higher xG against figure due to some defensive frailties at times being exposed. In particular, the weakness of their fullbacks which was made especially clear in the quarter-final when Icleand deliberately targeted Evra. As a consequence, France have conceded 0.89 fewer goals than their expected goals against. Despite Portugal having the supposedly stronger defence, the table above shows that this does not out way the gap in their attack. France have the 2nd strongest xG difference in the competition with 0.88, and Portugal are 5th with 0.69, still making France the stronger side going into the final. But with the combination of France being very fortunate in attack and defence, and Portugal being unlucky in both attack and defence, the gap is much slimmer than one would expect.

It is clear that Portugal have been unlucky. They have some great creative players in Gomes, Mario and Moutinho with goal scoring threats of Nani and Ronaldo to finish it off. Another tool in Portugal’s arsenal is Quaresma, a fantastic crosser of the ball who may play a big part in targeting France’s full back weakness. However, in conclusion, I agree with the masses that France are the favourites. As stated at the beginning, going into a final on home-soil with the form they are on is unlikely to let you down, especially when you are the stronger team too. Although I wouldn’t write off Portugal too early. 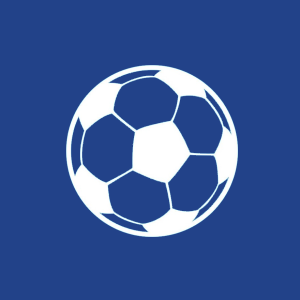