There was a time when Romanian clubs were a permanent fixture in the latter stages of European club competitions. Right now, little to no investments are made and a lot of clubs are struggling with insolvency and bankruptcy problems. I doubt that the Romanian clubs will ever return to the glory days.

Back then, there was no Europa League. The 2nd club competition in Europe was known as the UEFA Cup in that period. And the rules were different too. There were only three qualifying rounds instead of four and the group stage was one of a kind: a group was composed of five teams, and each team would play the others only once. At the end, each team would play four matches, two at home and two away, and the top three teams would advance to the round of 32. This system came to an end in the summer of 2009, when the competition was transformed into the Europa League that we have today.

Our story begins in August of 2005. Dinamo Bucharest and Rapid Bucharest  eliminated Omonia (Cyprus) and Vardar (Macedonia) from the 2nd qualifying round of the UEFA Cup, while Steaua Bucharest was kicked out from the 3rd round of the Champions League by Rosenborg (Norway). Because of this, Steaua had to play in the 3rd qualifying round of the UEFA Cup along with Dinamo Bucharest and Rapid Bucharest. Steaua were fortunate enough to be drawn against Valerenga (Norway). Rapid had to play against former UEFA Cup winners Feyenoord and Dinamo was put up against Everton, who were knocked out of the Champions League qualifying round by Villarreal that year. Steaua had no worries with her draw, winning both legs (3-0 away and 3-1 at home). Rapid had to give it all against the Dutch side, barely getting a 1-1 draw away from home and then winning 1-0 in Bucharest. Dinamo, however, provided the shock of the qualifiers, smashing Everton in a 5-1 victory in the first leg and then losing 1-0 in England. All three teams managed to qualify to the group stage. Steaua went undefeated in their group, where they faced Lens, Herta, Sampdoria and Halmstad (Sweden). They crushed the French side 4-0 in the first match at home, got a 0-0 draw away against Sampdoria, won 3-0 at home against the Swedish side and drew 0-0 at Berlin against Herta. Not only were they undefeated, but they managed to qualify without conceding any goal.

Rapid  were drawn in a pretty tough group with Shakhtar, Vfb Stuttgart, PAOK and Rennes. They won 2-0 at home against the French side, 1-0 against the Greeks and lost 2-1 in Germany. Their match against Shakhtar was a very emotional one. It was the match where Mircea Lucescu, manager of Shakhtar, went up against his son Răzvan Lucescu, manager of Rapid. It was a hard fought battle, which was ultimately won 1-0 by the Romanians. At the press conference after the match, Răzvan was already at the desk, waiting for his father to arrive in order for the conference to begin. When Mircea entered the room, before he sat down, he first went to his son, kissed him on the head and whispered “Congratulations”, leaving Răzvan in tears.

Dinamo were handed a pretty tough group, with Heerenveen, Levksi Sofia, CSKA Moscow (the UEFA Cup holders) and Marseille (who had players like Ribery, Nasri, Taiwo or Barthez at that time). They only got a 0-0 draw in the first match against Heerenveen, lost 1-0 in stoppage time at Levski and barely won 1-0 against CSKA Moscow at home. Their only hope was to get at least a draw at OM, who were already qualified. The French side were already 2-0 up at half time. Dinamo managed to get one back early in the second half. At the end of the stoppage time, with only a few seconds to go, Barthez went outside the box to intercept a loose ball and passed it short to a teammate. Dinamo’s player, Chihaia, managed to quickly dispossess the opposing player and finished coolly into an open net. However, before the ball was won back, the referee looked away from the action, consulted his watch and blew the final whistle a second after the ball went in. Dinamo’s players begged and pleaded with the ref, but he refused to validate the goal. Clearly one of the most painful ways to get knocked out of a European competition.

Steaua did very well against the Dutch side. In the first leg, away from home, they won 3-1. At home, however, Heerenven managed to grab a 1-0 victory, but that wasn’t enough for the Dutch club. Rapid had luck on their side against Herta in the first match, in Germany. They managed to open the score through a penalty and then the Germans received two red cards. The match ended 0-1 and the Romanians were now favourites to qualify. In the second leg, they managed to win again, this time more dominantly, in a 2-0 victory. Three out of four victories and both teams went through to the next round.

This round proved to be the toughest so far. Steaua was drawn against Betis, while Rapid had to face Hamburger SV. Both of them were to play the first leg at home. Steaua had a hard fought battle against the Spanish team and only managed to get a 0-0 draw. In the second leg, the Romanians played one of their best European matches, crushing Betis in a 3-0 win. Rapid went through after two amazing goals in the first leg. With Hamburg dominating most of the game, the Romanians managed to open the score with a superb long range effort  towards the end of the first half. Towards the end of the match, Rapid doubled their advantage with a fantastic back heel goal. The match ended 2-0 and they took a huge leap towards the next round. In Germany, Hamburg showed everyone who the bigger team is and made it 2-0 before half time. In the second half, Rapid managed to score, denying the match from going into extra time. Hamburg scored once more through van der Vaart, but they still got knocked out due to the away goal rule.

It was the first time in history when two Romanian clubs were going to face each other in an European competition. It was the match that divided Romania’s population into two sides: the Steaua (who was and still is the most popular team in Romania) fans and the non-Steaua fans. The first match was played at Rapid’s home ground. Steaua managed to open the score after just four minutes. They even made it 2-0 before the break, but the goal was disallowed because the assist came from beyond the line. Shortly after the restart, Rapid managed to make it level after a blunder from Steaua’s goalkeeper. The first leg ended 1-1. In their second encounter, Steaua managed to hold on to a 0-0 draw and qualified due to the away goal rule. After a long and unexpected run, Rapid was finally out of the UEFA Cup. Now, it was up to Steaua to keep the flame going.

The end of the line

After their epic encounter with their Romanian counterparts, Steaua was set to face Middlesbrough in the semi-finals. It was the last stop before Eindhoven, where the final was to take place. The Romanians played the first leg at home and managed to win 1-0 with a goal scored by Nicolae Dica. The second leg turned out to be one of the greatest European club matches ever. At the Riverside, Steaua managed to open the score in the 16th minute through Dica again. Eight minutes later, central defender Dorin Goian made it 2-0 after a corner kick. At this point, with a 3-0 lead and 2 away goals, the stage was set for Steaua to win the semifinal and take part in their third European final. However, Boro’s manager Steve McClaren didn’t give up hope just yet. Right after the second goal, he made a substitution that would massively impact the rest of the match, by bringing off the team captain Southgate and replacing him with Massimo Maccarone. And that change paid off in an instant. In the 33rd minute, Maccarone recovered a ball lost by Goian close to his own box and made it 2-1. In the second half, another mistake would cost Steaua again. Steaua’s goalkeeper Carlos rushed out for a cross, but misjudged his run and allowed Mark Viduka to head the ball into the open goal. In the 73rd minute, after some chaotic defending from Steaua’s players, Riggott made it 3-2. At this point, Boro buoyed by the crowd were completely on the front foot and the Romanians inexperienced at that stage were playing nervously without any cohesion. In the 89th minute, the final blow was dealt. Balan, a defender who came on for Steaua in the second half, lost an easy ball to Downing close to his box. The Englishman crossed it towards the far post, from where the super-sub Massimo Maccarone headed the ball into the net, making it 4-2. It was like Istanbul all over again, only that it was Boro instead of Liverpool and Steaua was at the receiving end. The Romanians had a few desperate attempts before the end, but they couldn’t score again. The final whistle was blown and it was all over. Steaua was finally knocked out of the UEFA Cup. Romania’s journey to European glory came to an abrupt end.

Even though every match the Romanian clubs played was a David vs Goliath encounter, Steaua and Rapid went toe-to-toe with a few of the biggest names in European football, without fear. They made history in that season, history that will most likely never repeat. The 2005-06 season might have been the last ever time we saw multiple Romanian clubs in the latter stages of a UEFA competition. 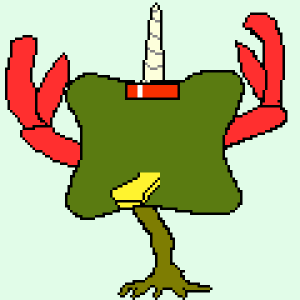