Chelsea’s struggles are much deeper than a “third season” symptom

The lack of success in Jose Mourinho’s third season at every club he has managed has always been a source of criticism. In his fifteen years of management he has never stayed at the same team after the third season. His return to Chelsea was to create a dynasty and become Chelsea’s equivalent of Manchester United’s Alex Ferguson or a successful version of Arsenal’s Arsene Wenger. But what can be said of the fact that the start of the “Mourinho third year” in his latest reign as Chelsea manager corresponds to Chelsea’s worse start of a league campaign in the Premier League era?

Chelsea’s struggles this season have been attributed to general fatigue – a symptom of Mourinho’s lack of rotation policy. Pundits have had a field day in criticising Mourinho’s dependency on a core set of players that was over-used in last season’s title winning campaign and comparing it to his final season struggles at Madrid and the post Mourinho season at Inter Milan. What the pundits are missing in their analysis is that in his final season at Madrid he finished second in the league, reached the Copa del Rey final and was a Champions League semi-finalist.  These are not the signs of a team suffering from fatigue – he just came up against an inspired Barcelona. The same applies to the post Mourinho season at Inter Milan. For starters, ten of the Inter Milan starters were regulars at the 2010 World Cup and these players were thrown into action straight afterwards for the UEFA Super Cup match. With all the fatigue inducing factors above, Inter Milan – under a new manager – only lost once leading up to November. Pundits have taken the easy approach by blaming it all on fatigue and Mourinho’s lack of rotation and completely ignored the tactical reasons for the decline.  The logic of a title winning team winning only one and losing three of its first five league games due to fatigue is a hard one to accept.

Looking at the first five games of the season, Chelsea’s loss to Manchester City looks the acceptable one out of the three losses. They went into half time trailing by one goal and improved significantly in the second half to the extent that they almost grabbed an equaliser before two late goals condemned them to their first loss of the season. The other two losses to Crystal Palace and Everton come as a surprise to the West Londoners. Yet both games exhibit one common tactical alteration by Mourinho – replacing Willian on the right wing with new signing Pedro.

Defensively, Willian acts as the 12th and 13th man in the Chelsea line-up. Depending on the opposition, Willian can act as a third central midfielder or as a makeshift right back to cover for Ivanovic, while offensively he adds a lot of value when instigating counter attacking moves to quickly transform his team from a defensive position into an offensive one. Against top teams where Mourinho likes the so called “park the bus” approach, Willian drops deep to support Matic in breaking up play. On the other hand, when playing against lesser opposition where Chelsea approach the game with a focus on attack and complete control and domination, Ivanovic is given instructions to maraud up and down the right flank, leaving space at the back that can be exposed by an opposition counter-attack. In those cases Willian’s boundless energy is crucial to cover the space behind Ivanovic.

Credit must be given to Mauricio Pochettino for exposing the Chelsea’s weak link – Branislav Ivanovic. The Serb is being subjected to increased scrutiny this season for a drop in his performance levels but in fact his struggles at right back were first exposed at the beginning of the year when he and his teammates were subjected to a 5-3 thrashing at the hands of Tottenham. Originally a centre back, Ivanovic has been played out of position at right back for most of his time at Chelsea. He is solid enough defensively but is definitely more comfortable playing centrally with the likes of Terry and Cahill. Pochettino’s game plan was aimed at stress testing Ivanovic at centre back. He quickly identified that Willian is the man that complements Ivanovic and between the two of them Chelsea have that right back position covered. Danny Rose was given the difficult task of keeping Willian busy by always pushing forward, while Kane and Chadli were given the fun task of attacking the Ivanovic flank – resulting in 5 out of 5 goals. Mourinho who is regarded as one of the best tactician’s in the game quickly got the message and adapted his tactics and formation when the two sides met again in the Capital One cup final. He started with a three man centre midfield, dropping Oscar for Zouma. Willian then had to focus only on dealing with Rose’s advancement, knowing that the additional defensive midfielder will provide the required support for Ivanovic. This approach neutralised Pochettino’s plan and nullified any threat down the Chelsea right flank.

This season, dropping Willian for Pedro – an exciting attacking player that does not offer the same defensive capabilities and support duties as Willian – allowed Alan Pardew and Roberto Martinez to re-expose Ivanovic.

Mourinho has a number of options available to him which will need to be tailored depending on the opposition and the in-play circumstances. His main focus should be on bringing solidity back into his defence even if that compromises some of the attacking play.

If he is comfortable that Ivanovic can handle the increased pressure on him and that his confidence has not been affected, resorting to his Capital One tactics would be a good starting point. Additionally, dropping the number 10 position for an extra defensive midfielder and playing with a three-man midfield will allow Chelsea to dominate the midfield battle and also have the capacity to support Ivanovic at right back.

The second option would be to relieve Ivanovic of some of that pressure by deploying Azpilicueta in his natural position at right back. Baba Rahman is an exciting new signing that would slot in easily at the left back position. This scenario would still require him to restore Willian as right winger. The combination of Willian and Azpilicueta would most likely be impenetrable.  As this would be relatively new to his players, the Maccabi Tel Aviv match offers the ideal test case for this approach.

You can read more articles from the author at tacticalbrains.com 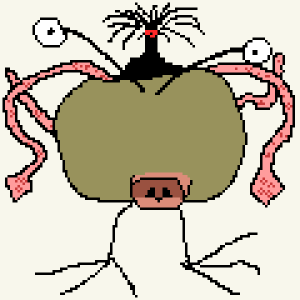