It came as a shock to many when PSG sold Yohan Cabaye, that too for a paltry sum of £13 million. But the Parisians had a trick up their sleeve. Enter Benjamin Stambouli. The strong, robust French midfielder, who was an integral part of the title-winning squad of Montpellier in 2011-12, is highly versatile: being able to operate as a centre back, a central midfielder and even a full-back. Thus, this begs the question: how will Stambouli fit into the PSG team?

Firstly, it is important to note that the £6 million signing has been brought in as a utility player, and one who would be content with a spot on the bench, playing second fiddle to the more glamorous, established names in PSG’s star-studded midfield. But make no mistake, this is by all means a good player!

Stambouli started off his professional career as a centre back, so an injury or loss of form to the established pairing of David Luiz and Thiago Silva could mean him getting the nod. The Frenchman reads the game well and has good positional sense; he can also step out from defence with the ball at his feet and make clever, short passes to start attacks, something the manager Blanc holds dear.

With the aging Maxwell increasingly susceptible to injury and the manager’s lack of faith in talented young player Lucas Digne, Stambouli could easily fill in at left back. Although he is not as adventurous and attacking as Maxwell, he would be able to put in a good shift: using his pace and physique to command the left flank and offering another outlet out wide for the team’s attacks.

It is in Laurent Blanc’s 4-3-3 midfield though that Stambouli is more likely to have an impact. But before we discuss where the former Montpellier midfielder fits, it is imperative to describe his playing style and the intricacies of this formation. Stambouli is a midfield enforcer who sits in front of the defence, breaking up play and starting attacking transitions and counter-attacks with a simple but effective sideways pass. He is brilliant in the tackle and adept at intercepting the opposition’s passes forward. The man is also a tireless worker who leads the team by example – showcasing his exemplary work ethic, fierce determination and infectious desire to win. With that clarified, let’s move on to the 4-3-3 formation. In this system of Blanc’s, there are 3 unique roles: the ‘passer’, the ‘runner’ and the ‘destroyer’. The passer role is usually occupied by the deep-lying playmaker Marco Verratti, who orchestrates the team’s attacks and sets the tempo of the game. The runner is normally the box-to-box midfielder Blaise Matuidi who is tasked with linking midfield and attack, and arriving late in the box to finish off moves. Since Stambouli is an all-action midfielder who can both defend and drive the team forward, he would be suitable for this position, albeit as an understudy. The final position i.e. the ‘destroyer’, is where Stambouli can actually establish himself. The Frenchman’s commendable break-up play and admirable high-intensity pressing qualities would prove a hit with Mr. Blanc, who loves a solid, defensive foundation. However, the note of concern here is that Thiago Motta is already an almost-guaranteed starter in this part of the pitch, so competition is hot for places!

To conclude, Benjamin Stambouli is an outstanding replacement for the much older, more expensive Cabaye. He is a versatile player who can operate both in defence and midfield, so considering PSG’s frequent injury troubles, this is a shrewd investment. Also, taking into account FFP rules on home-grown quotas and transfer budget caps, £6 million for Stambouli appears to be a surreal bargain. In short, this is an excellent signing! No wonder then that Blanc “couldn’t be happier”. 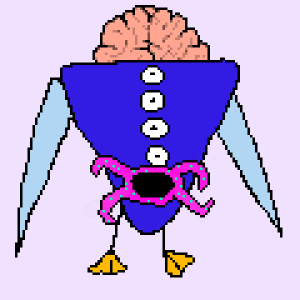 A 17 year-old European football enthusiast and massive Chelsea fan. Deeply interested in the tactical side of the game, I have been featured on numerous sites such as Think Football and Outsideoftheboot among others.
All Posts